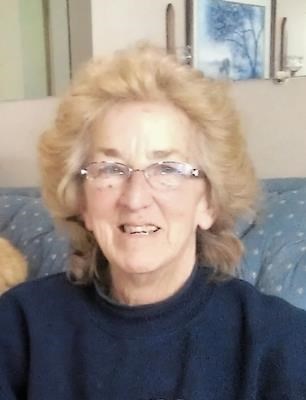 Barbara was born on April 6, 1943, in Marine City, daughter of the late Francis and Theresa (Jolin) Thomas.

Barb worked for 18 years at Riverside Metals and also Collins and Aikmen as a press operator. She loved gambling, traveling, keeping her yard beautiful, and her numerous pets she has had over the years. She was the most selfless person who gave all she had to care for her children and granddaughter. She bought her first brand new car in 2016, was very proud, and named it "Zippy". She loved watching Wheel of Fortune and was looking forward to her soon to be born great-granddaughter, Kennedy.

Barb is preceded in death by her sisters, Mary Krauss and Ann Boden; and her brothers, John Thomas, Jerry Thomas, and Fred Thomas.

Interment and graveside services will be held at 10:00 a.m. on Tuesday, August 18, 2020, at Woodland Cemetery in Port Huron Township. Arrangements were entrusted to Smith Family Funeral Home of Port Huron.