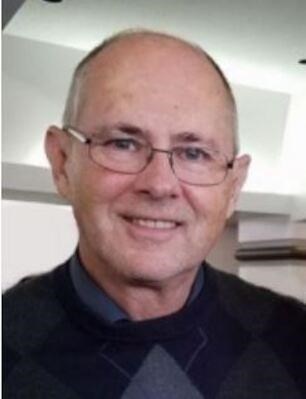 Jim was born February 18, 1952, at the St. Clair Hospital to Robert and Dorma (Burgess) Brennan. He attended Port Huron Catholic and graduated from Yale High School in 1970. He graduated with a Bachelor of Arts degree in Economics from Michigan State University in 1974. He married Jenise Campbell on October 20, 1984. Jim started working for Diamond Crystal Salt, where he met Jenise. He then worked for a variety of automotive consulting firms over the next 25 years, and in 2007 was named as the Director of Information Technology for the city of Port Huron until his retirement in February 2020.

He is survived by his wife, Jenise; children, Kristi and Shawn Francek, Timothy and Renee Schneider, and Nicole and Steven McIntyre; grandchildren, Reilly and Brennan Francek, Madeline and Greggory Schneider, and Travis, John, Alissa, Brooke, and Emma McIntyre; and siblings, Shirley and Shahe Momjian, Richard and Katherine Brennan, Edward and Myra Brennan, Steven and Denise Brennan, Donald and Christine Brennan, and Patrick and Shannon Brennan.

Jim is preceded in death by his parents Robert and Dorma Brennan, along with his brother Robert Brennan Jr.

Family was paramount for Jim. He was a consummate supporter of his children and grandchildren in their pursuits. He loved to travel with family and was an avid supporter at his grandchildren's athletic events. His favorite location to travel was Ireland, having made 11 trips. He loved his Irish heritage and was a member of the Irish American Club and served as Grand Marshal of the Port Huron St. Patrick's Day parade in 2010. Jim had an affinity for history and demonstrated this by cataloging Michigan Historical markers through his website michmarkers.com. Service was important to Jim. He was an OLMC Eucharistic minister for over 30 years, was a member of the Yale Board of Education for 12 years - serving as President when the construction of the new high school took place in 1994, and volunteering with the Irish American Club- serving as President for over 12 years. He earned the Swainson Award in 2012 from the Michigan State Historical Commission for his dedication to historical preservation with his historical marker cataloging. In addition to his historical research, Jim was an accomplished runner. He ran in 10 marathons all over the United States along with countless half marathons and 5K's. He had a witty sense of humor, could educate you on almost any topic, and was a knowledgeable travel guide. However, his most important contribution was being a loving husband and father.

The family honors the memory of Jim and invites you to visit and share memories on Tuesday, July 21, 2020, from 2:00 p.m. to 8:00 p.m. at Kaatz Funeral Directors, Richmond, with rosary at 7:00 p.m. Rite of Christian Burial will be at 10:30 a.m. Wednesday, July 22, 2020, at Our Lady of Mt. Carmel Catholic Church, Emmett, with 9:30 a.m. visiting. Father H. Thomas Kuehnemund will officiate. Interment will follow at Our Lady of Mt. Carmel-Kenockee Cemetery'. Memorials are suggested to "Blue Water Hospice". kaatzfunerals.com