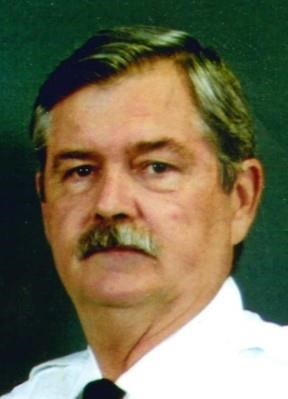 James Franklin Buckeridge, Jr, 72, of Port Huron Township, died on August 12, 2016 in Huntsville, Alabama after complications from a fall.

Mr. Buckeridge graduated from Port Huron High School in 1961 and attended S.C.C.C.C.  He began working as a firefighter for the City of Port Huron and later worked for Detroit Edison until his retirement.  He continued fighting fires in Port Huron Township where he served 35 years, making him the longest active firefighter on the department. He was also the founder of one of the area's first rescue ambulance services, Eastern Ambulance.

Jim loved rebuilding and driving his 1964 Chevy II (Nova) and going to car shows. He was a past member of the B.P.O.E. Lodge #343, Moose Lodge #158 and the Blue Water Aerie #3702 (FOE). He made numerous friends along the way, striking up conversations and just enjoying spending time with his family and friends. He will be missed by many.

James and Mary Helen loved to travel, especially to see his daughter in Huntsville, Alabama as they traveled to their second home and spent winters in Bonita Springs, Florida.

Visitation will be 7-9 pm Thursday and 2-4 and 7-9 Friday in Pollock-Randall Funeral Home.

A Firefighter Pass and Review will be conducted under the auspices of the St. Clair County Firefighters Association at 7:00 pm Friday in the funeral home.

Funeral services will be held at 10:00 am Saturday, August 20, 2016 in Trinity Lutheran Church.  The Rev. Dr. Mark Madson will officiate. Burial will be in Woodland Cemetery.

Memorials may be made to the college fund for Lauren and Hannah Yopek, with checks made payable to their mother, Michelle Yopek. Jim was very proud of his girls and wanted to make sure they received their education.