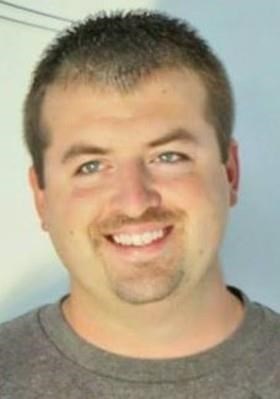 He was born June 16, 1987 in Port Huron and was a lifelong area resident. He married Amanda N. Martin on September 9, 2006 in Ross Bible Church.

Jason was a 2005 graduate of Port Huron Northern High School and owned and operated Preferred Towing and was an avid Detroit Red Wings and Detroit Tigers fan.

What do you say when you have no words? Today, our community lost a great man. A kind, loving, selfless man. A son, husband, father, best brother, friend, uncle, Fort Gratiot business owner/operator, coach, honorary fire department member and deputy. You may have seen him at his kid's school, supporting his wife, Amanda, while she was capturing your moments behind the lens of her Canon, at an FOP meeting, at the Little League fields, helping you with car trouble, in a rig at a scene… No matter where, I can guarantee that he was helping someone.

Jason Schultz of Preferred Towing was taken from those he loved too soon, and he will never be forgotten. Please take a moment to send thoughts of strength and prayers to his family and say a kind word to those around you.

Visiting hours will be 1 to 8 p.m. Tuesday in the Karrer-Simpson Funeral Home and 10 a.m. Wednesday at the church.

The family prefers memorials be made to the Jason Schultz Scholarship Fund, payable to Amanda Schultz.


Published by The Times Herald from Jan. 18 to Jan. 20, 2016.
To plant trees in memory, please visit the Sympathy Store.
MEMORIAL EVENTS
To offer your sympathy during this difficult time, you can now have memorial trees planted in a National Forest in memory of your loved one.
Funeral services provided by:
Karrer-Simpson Funeral Home, Inc.
MAKE A DONATION
MEMORIES & CONDOLENCES
44 Entries
We just watched an episode of Heavy Rescue 401 on the History channel which documented a segment of the show on the passing of Jason Schultz.
We did not know Jason Schultz but wanted to send our condolences to all the family
Kind Regards,
The Johnson Family
Victoria, BC
February 7, 2017
Still missing you
Heather C
January 19, 2017
We are very sorry for your loss. He will deeply missed but never forgotten. God Bless. Tony & Jackie. EXPERT TOWING - STORAGE AVOCA
Tony & Jackie DeCaussin
January 29, 2016
Sadly missed along life's way,
Quietly remembered every day,
No longer in our life to share,
But in our hearts he's always there,
We can not even begin to know how you and your family are feeling. But we do understand.
Be strong and keep your family close.
George and Darlene Feenstra (Feenstra's Towing) and family.
January 26, 2016
DON&CINDY TO ALL IN YOUR FAMLY MY HEART AND PRAYERS GO OUT TO ALL OF YOU ON YOUR LOSS>.MY LOVE AND PRAYERS WILL BE WITH YOULOVE YOUR SIS&BROYHER&BETH FROM TENN.FOR THE LOVE OF A ANGEL.
pam acton
January 23, 2016
I am so sorry for your loss!! My heart goes out to you all as you go through one of life's greatest sorrows!!! You are in my thoughts and prayers...I am covering all the family in prayer may God wrap his loving arms around you, comfort you and fill you with his love, peace, courage, and strength for the difficult days ahead!!! RIP Jason!!!
JoAnn O'Boyle
January 23, 2016
Michele I'm so sorry for your family on the loss of your son Jason. Yous are in my prayers. Love all
Nancy collinge
January 22, 2016
My condolences to the entire Schultz family the loss of a awesome young man! Jason was loved by not only his family but by his community. R I P my friend you will never be forgotten but you will be truly be missed by all!
Shawn Johnston
January 22, 2016
I am very sorry for your loss of a son husband, father, brother, uncle, Co worker I know there are no words to say to make it easier but your family support and the support of friends and the community will help you through this difficult time. Also the memories you made and God's loving arms around you all will also help you through. Keeping your family in prayer. He is now your guardian angel, rest in paradise Jason.
Janet Schweitzer
January 22, 2016
Don, Amanda, family and the Preferred Towing Team, I am so sorry for your loss. May God hold you all tight and give you strength at this very hard time.
Jacque Lloyd
January 21, 2016
My heart goes out to the family. You all will be in my prayers. If you ever need ne thing we're here for you.
Danny Stevenson
January 21, 2016
Lynn Clark
January 21, 2016
I di dnot know Jason, but have used his towing company over the years and received excellent service. My heart aches for his wife and family. I became a widow at a young age, too, and know the heartbreak. God be with you and Jason is with the angels.
Diane Merriman
January 21, 2016
Jzene Hill
January 20, 2016 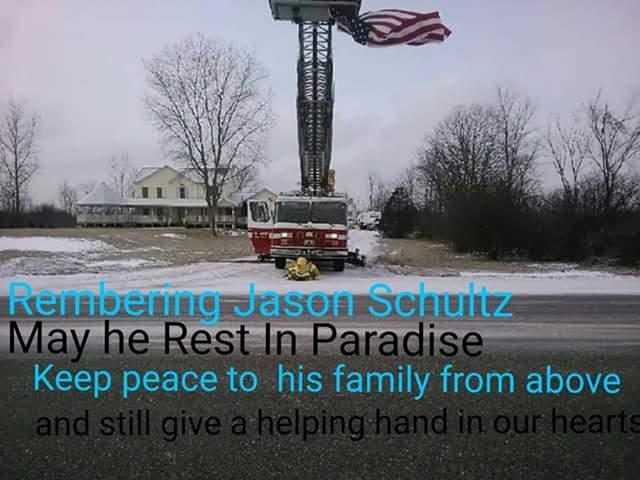 I remembered when Jason help us couple time towed us to shop and even drop us at home. My heart aches for his wife and family .What horrible way to lose a loved one .My deepest thoughts and prayers. May God watch over Amanda and her three beautiful children.So deeply sorry for your loss.
Laurie Hollenbeck
January 20, 2016
May your light shine forever Jason. I didnt know you, but watching a video of you on facebook makes me understand what a great father, husband, son, and friend you were. I pray that you rest in peace young man. May God take you into his arms and welcome you home. Watch over your young family sweetheart, try to give them peace and understanding why God had to take you so soon.
Judi Graham
January 20, 2016
I am so sorry cuz I am praying for you and the kids. If you ever need anything don't hesitate to ask.
Randy Andrews
January 20, 2016
Prayers for you and the kids cuz I am so sorry. If you ever need anything don't hesitate to ask
Randy Andrews
January 20, 2016
Prayers and sympathy for your family and loved ones...
jeffrey seim
January 20, 2016
Im so very sorry for your loss, my thoughts and prayers are with you.
So very,very sad.
Deborah Radatz
January 20, 2016
Our deepest Sympathy for you and your family. May God guide you thru your loss.
Cheryl and Mike Bilsky
January 20, 2016
There are no words that will ease your loss. Our Thoughts & Prayers go to the Family and All near an dear to Jason.
Jason Mckenzie
January 20, 2016
Don, Michelle, and Amanda, I can't stop thinking about you guys. Jason will be greatly missed in the community. He was a genuine guy and always willing to help others. I will be praying for you all and the kids.
Jess Murray
January 19, 2016
I heart goes out to you from the Roberts family from village Manor Apartments Port Huron god bless you all
David Roberts
January 19, 2016
Sending our Love, Prayers, and Deepest Sympathy.
Love Always,
Jennifer (Reusser) Abu-Joudeh
and family
January 19, 2016 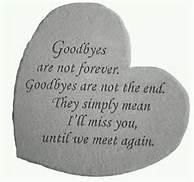 I have known him a long time. He was a wonderful person and will be missed greatly. Our thoughts and prayers are with you all in your time of sorrow.
Heather Carmichael (Gerow)
January 19, 2016
Praying for you and your family
Anne Martindale
January 19, 2016
My heart goes out to you and your entire family..
LeeAnn DePelsMaeker
January 19, 2016
Amanda and family, I know there are no words that have any meaning for you right now. I just want you to know that I care very deeply. May the Love of God, the Peace of Jesus Christ, and the Comfort and Consolation of the Holy Spirit be with you and your children now at this most difficult time in your lives, and always! I love you all! You all will be in my constant prayers. Love, Hugs, & Prayers from Your Cousin, Renee Judkins
Renee Judkins
January 19, 2016
So sorry to hear this...I really liked working with Jason and prayers for his family...such a horrible thing to happen...
Linda Stein
January 19, 2016
Do not know the family, but they say "Only the good die young". He must have been a great young man. My prayers to you all and your families during this tragedy.
Lynn Gilson
January 19, 2016
My condolences to the entire family from a cousin they have never met.
Patricia Allen
January 18, 2016
Dear Amanda & special love to kids, We are thinking about you all. Pray that your hearts can hold the love & memory of the great wonderful years you had with Jason on this Earth. Our hearts are broken for you. To all - Don & Michelle, Amanda & your amazing trio of beautiful kids - We send hugs, much love, much sorrow & Pray you find solace from grief if only for a moment. Love, Darlene & family
Darlene Peterson
January 18, 2016
I didn't know Jason personally, but I saw him once in a while at the preschool our kids attended together. I remembered him as the guy who helped me get my keys out of my locked car on a very hot day when I was pregnant. He saw me struggling and stopped by to help. He didn't say a word, just used his tools to open my car and handed me my keys. I was so thankful for his help and offered him money, but he wouldn't take any. He struck me as a very humble and genuinely good guy. My heart goes out to his family during this extremely hard time. Prayers are with you all.
January 18, 2016
ALL MY PRAYERS IS FOR HIS FAMILY! SO VERY SORRY FOR YOUR LOSS LOVE LINDA (MARSH) SWEET
January 18, 2016
Charlotte, my heart is so heavy for you and your grandsons family. Praying for all of you.
Margaret
January 18, 2016
barb zick
January 18, 2016
Words cannot express the sorrow my heart bears for your family. My deepest sympathy to the entire circle of family and friends.
Jason helped me on several occasions. We joked about having the number programmed on speed dial!
Shirley (AT&T)
January 18, 2016
Praying your Family finds the strength and courage to pull you through.
Tim & Nikki(Morrison) Sterosky
January 18, 2016
Prayers.
Scott & Chris Morrison
January 18, 2016
We are so very sorry! Love, The Polar Bears Hockey Team.
January 18, 2016
So sorry for your loss.
Yvonne
January 18, 2016
Don Michele and Family i am so very very sorry.Great child from a great family.You are in my thoughts and prayers...
john peruski
January 18, 2016
Our deepest sympathy to you and yours.
Gerald & Gladys Graham
January 17, 2016
Showing 1 - 44 of 44 results