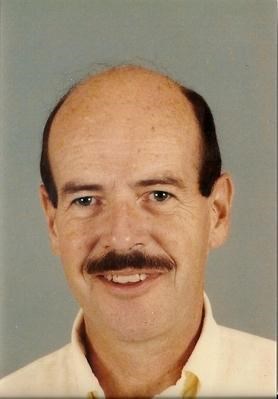 Major William Joseph (Joe) Daniels USAF (Ret.) of Pineville passed away Feb. 23 after a lengthy illess with leukemia (MDS). He was born in Tacoma, Washington.

His epitaph from II Timothy 4:7 "I have fought the good fight, I have finished the race, I have kept the faith."

He enjoyed his 80 years of life, he loved his family, church, and nation, and learned his values from his Mom and Dad.

His Mom would take the little red wagon to the library and fill it with books, so he was a lifetime avid reader and education was important to him. He was a Boy Scout, a paper boy, and worked at a grocery store as a boy.

He enrolled at the University of Washington after graduation from Queen Anne High School, Seattle, Washington. He joined the Air Force and became a cadet in 1954 and then became a commissioned officer and went through pilot training. He considered flying one of his most enjoyable experiences and would have done it without pay. He flew four different types of airplanes in his career: T-6, B-25, KC-97, and B-47.

His other Air Force assignments were Protocol Officer for President Lyndon B. Johnson's visits at Bergstrom AFB, Austin Texas, ROTC Instructor at East Texas State University, Base Commander at Tin City, Alaska, and Deputy Assistant to the Base Commander at England AFB.

He had a second career at Procter & Gamble, Pineville LA where he was a manager for over 17 years. He retired from P&G in 1991.

He enjoyed his retirement and was active in the community. He was a member of the Alexandria Lions Club and enjoyed participating in their eye-testing program for pre-school and kindergarten children. He was a member of First Presbyterian Church of Alexandria, where he was a Deacon, Elder, and Clerk of Session. He became a charter member of Woodland Presbyterian Church of Pineville where he served both on the Session and as Clerk of Session. He also enjoyed teaching Sunday School for the mentally challenged children.

His hobbies were golfing, bird-watching, sports (Houston Astros, LSU, Saints), traveling, and running. He ran track at Queen Anne HS and in later life, 5K races through the LC Athletic Club and the Senior Olympics in Baton Rouge.

He loved the extra time that he spent with his family and traveling with them to various destinations that included the Amazon (with son Dean), Grand Canyon (with son Dean and granddaughters), Europe and Africa (with wife and daughter), Israel (with wife), Belgium (with son Michael), cruises with friends, and Antarctica (with penguins).

In lieu of flowers, the family requests donations be made to the Leukemia MDS Research Center of MD Anderson, Houston, TX, Woodland Presbyterian Church, Pineville, LA or the Alexandria Lions Club.

To extend online condolences to the Daniels family, please visit us at www.hixsonbrothers.com.


Published by The Town Talk on Feb. 26, 2014.
To plant trees in memory, please visit the Sympathy Store.
MEMORIAL EVENTS
To offer your sympathy during this difficult time, you can now have memorial trees planted in a National Forest in memory of your loved one.
MAKE A DONATION
MEMORIES & CONDOLENCES
11 Entries
I'm so sorry about your loss. Please take comfort in the scripture at 1 Corithains 1 : 3-4. God will draw close to you during this difficult time.
March 12, 2014
To The Family of Major William Joseph Daniels USAF

Many have experienced the toll sickness can take on someone we care about. As if that is not bad enough, death comes along and takes the person away. Others may not fully understand our inner feelings – our “own plague' and our “own pain.” (Proverbs 14:10) But God knows our heart, and He deeply cares about us. Pouring out our heart to Him in prayer can make our burdens easier to bear. God is the “Hearer of Prayer”. (Psalm 65:2) Take comfort in knowing God can sustain you at this difficult time.
Sincerely, HM
February 28, 2014
Joe was a true gentlleman
Martin Barron
February 27, 2014
Will miss my dear Uncle Joey....Rest at peace.
Erin
February 27, 2014
My heart is with you as you celebrate Uncle Joes life.... Thoughts and prayers from all of us.....
Patrick, Tamara, Kristle, Sierra and Kelsey
Patrick
February 27, 2014
I am so sorry for your loss. Please know God cares for you and will help you in your time of need. 1 Pet. 5:7.
February 26, 2014
I am so sorry to hear of your loss. Even during this difficult time, your family can be strong because our heavenly father can give us the strength to continue. So please draw close to him. James 4:8
February 26, 2014
I'm so sorry about your loss. Please take comfort in the scripture at psalms 55 : 22 . God will help you get through this difficult time.
February 26, 2014
So sorry to hear of Joe's passing, my thoughts and prayers for Phyllis and the family, He was a Great Man that I always looked up to.
Jerry Mathews
February 26, 2014
Uncle Joe's kind heart and smile will never be forgotten. Sending thoughts and prayers from the Ramsey family.
Lisa Ramsey
February 25, 2014
So sorry for the loss of your dear loved one. Please find comfort in the bible's words "He will swallow up death forever, and the Sovereign Lord will wipe away the tears from all faces".
February 25, 2014
Showing 1 - 11 of 11 results