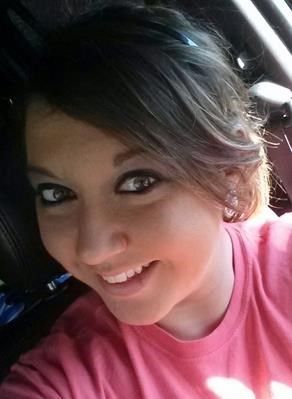 Funeral services for Valley LaRee Willis will be held at 10 a.m., Wednesday, March 16, 2016 at Occupy #1 Baptist Church with Reverend Brad Perkins officiating. Committal service will follow in the Occupy #1 Cemetery under the direction of White Oaks Funeral Home, Oakdale.

Valley, 22, of Pitkin, entered eternal rest on Saturday, March 12, 2016 in Rapides Parish. She was born February 8, 1994 in DeRidder to Bruce Willis and Anna Lee Odom. She was a Baptist by faith and graduated with 5 Stars top of her class in Minden. Valley was employed at the Days Inn in Kinder as a receptionist. She was a loving person and her smile was radiant. Valley was a loving mother, daughter, sister, granddaughter, niece, aunt, and friend.

Those left behind to cherish her memory are: two sons, Aiden Kade Deleon and Tucker Gage Deleon both of Elizabeth; her mother and daddy, Anna Lee Odom and Ronnie Maricle of the Ten Mile Community; her father, Bruce Willis of Hicks; her stepfather, Alvie Glen "Cheetah" Parker of Oakdale; two sisters, Brooklyn Parker of Oakdale and Sierra Odom of Utah; maternal grandmother, Sally Thompson of Spokane, Washington; paternal grandfather, Murril Willis of Cravens; and a host of family and friends.

Published by The Town Talk on Mar. 15, 2016.
To plant trees in memory, please visit the Sympathy Store.
MEMORIAL EVENTS
Mar
15
Visitation
3:00p.m. - 10:00p.m.
Occupy #1 Baptist Church
LA
Mar
16
Visitation
8:00a.m. - 10:00a.m.
Occupy #1 Baptist Church
LA
Mar
16
Funeral service
10:00a.m.
Occupy #1 Baptist Church
LA
Mar
16
Committal
Occupy #1 Cemetery
LA
Funeral services provided by:
White Oaks Funeral Home
MAKE A DONATION
MEMORIES & CONDOLENCES
Sponsored by White Oaks Funeral Home.
5 Entries
Such a sweet and outgoing young woman. I did not hear of her death until weeks after she was gone. RIP Valley!
Paula Carter
May 28, 2016
My Darling Niece I'm Going To Miss You Horribly. You weren't suppose to leave here so soon. I'll treasure the memories I have of you in my heart and forever love you Aunt Rennie
Rennie Hape
April 6, 2016
love and miss u valley gone but not forgoten
tray parker
March 18, 2016
prayer for family and her sweet little babies
angie thompson
March 17, 2016
I had the honor to be Valley's counselor when she attended YCP in Minden, LA. I felt privileged that she shared some of the things she had experienced in life during our sessions. I can honestly say that Valley left a lasting impression on me with her strength, resilience, love for life and goals and desires she had for herself. I am so sorry to see that her life was cut so short. I counseled several hundred teens while employed at YCP, but Valley was one of those cadets that made a lasting impression on me.
Pamela Thompson
March 14, 2016
Showing 1 - 5 of 5 results