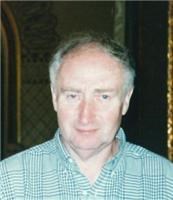 BORN
1934
DIED
2021
FUNERAL HOME
Buckler-Johnston Funeral Home
121 Main St.
Westerly, RI
Oskar A. Hellwig, 87, of Westerly, Passed away on Saturday, May 22, 2021 at the Westerly Hospital. He was the husband of Eva Elfrieda (Berg) Hellwig. Born in Asipovicy, Belarus. On March 5, 1934. He was the son of the late Christian and Irene (Belanovich) Hellwig.
Immigrating as a child Oskar spent time in Poland and Germany before his parents were sponsored and offered jobs in Springfield Massachusetts. He attened Rensselaer Polytechnic Institute, joined the U.S. Army and then finished his education at Western New England College.
Oskar became a highly sought-after mechanical Engineer in the leather goods industry. He was employed by the Buxton leather Goods Co. and Valkyrie Co. where he used his talents to create numerous innovative design and application firsts. Oskar enjoyed athletics and competition of all kinds. He especially enjoyed following his grandson Logan's swimming career, attending as many meets as possible. He was an accomplished tennis and soccer player, playing both sports for the U.S. Army. While in the Army he drove a tank, was a linguist (he spoke four languages) and enjoyed traveling throughout Europe when on leave, where he met his wife. As a teenager Oskar spent vacations on Misquamicut beach and dreamt of making Westerly home one day. He achieved that goal in 1976 moving his family from Springfield to Westerly and in doing so found Shelter Harbor. Even though tenacity and hard work (two jobs for much of his life) were the keys to his success he never took anything for granted and always considered himself lucky to have landed in Shelter Harbor. He spent much of his retirement traveling the world and supporting his family in anyway he could. He could always be counted on by family and friends.
Besides his wife Eva, he leaves behind three sons; Morton ( Wife; Jennifer), Roland and Edgar, his three grandchildren; Logan, Ethan and Elliot and his brother Olgert.
In lieu of flowers, please consider a donation in his name to the St. Bonaventure Men's Swimming and Diving team
C/0 St. Bonaventure University
C/O Sean McNamee-Dept. of Athletics-BAF
P.O.Box G- Rielly Center
3261 West State Rd.
St. Bonaventure, NY 14778
For online condolences, please visit www.buckler-johnston.com
Published by The Westerly Sun on Jun. 20, 2021.
To plant trees in memory, please visit the Sympathy Store.
MEMORIAL EVENTS
To offer your sympathy during this difficult time, you can now have memorial trees planted in a National Forest in memory of your loved one.
Funeral services provided by:
Buckler-Johnston Funeral Home
MAKE A DONATION
MEMORIES & CONDOLENCES
Sponsored by Buckler-Johnston Funeral Home.
1 Entry
Morton, Roland and Edgar and family, Please accept my deepest and most heartfelt condolences. May the memories of your dad guide you and be your strength moving forward. Thoughts and prayers, Kein Kelliher
Kevin Kelliher
July 13, 2021
Showing 1 - 1 of 1 results