Elouise Cobell
HELENA, Montana (AP) - Elouise Cobell, whose 15-year fight to force the U.S. to account for more than a century of mismanaged Indian land royalties led to the largest government class-action settlement in the country's history, died Sunday. She was 65.

Cobell, a member of the Blackfeet tribe who was born with the name Little Bird Woman, died at a Great Falls hospital of complications from cancer, spokesman Bill McAllister said.

Cobell was the lead plaintiff in a lawsuit filed in 1996 claiming the government had misspent, lost or stolen billions of dollars meant for Native American land trust account holders dating back to the 1880s.

After years of legal wrangling, the two sides in 2009 agreed to settle for $3.4 billion. The beneficiaries are estimated to be about 500,000 people.

Asked what she wanted her legacy to be, she said she hoped she would inspire a new generation of Native Americans to fight for the rights of others and lift t heir community out of poverty.

"Maybe one of these days, they won't even think about me. They'll just keep going and say, 'This is because I did it,'" Cobell said. "I never started this case with any intentions of being a hero. I just wanted this case to give justice to people that didn't have it."

Cobell said she had heard stories since she was a child of how the government had shortchanged Native Americans with accounts for royalties from their land that was leased for resource development or farming.

Cobell said she became outraged when she actually started digging into how much money the government had squandered that belonged people who were living in dire poverty on the Blackfeet reservation in northwestern Montana.

She realized the amount mismanaged since the 1880s could be hundreds of billions of dollars. She said she tried for years working with two U.S. government administrations to resolve the dispute, then decided to sue with four other Nat ive Americans as plaintiffs when no progress was made.

The government dug in. Over the next 14 years, there were more than 3,600 court filings, 220 days of trial, 80 published court decisions and 10 appeals until the 2009 breakthrough.

Cobell spent the next year shuttling back and forth between her home to Washington, D.C., to lobby individual congressmen to approve the deal. She also logged thousands of miles traveling across Indian country to explain the deal to the potential beneficiaries.

She found unexpected resistance among some Native Americans. They questioned why it was so little, how much would be going to her and they attor neys or why it didn't include a more complete accounting of what happened to the money.

Cobell discovered she had cancer just a few weeks before the judge's approval in June. She traveled to the Mayo Clinic in Rochester, Minnesota, for surgery.

Cobell was the great granddaughter of the famous leader Mountain Chief. She grew up with seven brothers and sisters on the Blackfeet reservation.

She was the Blackfeet nation's treasurer for 13 years, and in 1987 helped found the first U.S. bank to be owned by a tribe, the Blackfeet National Bank, which is now the Native American Bank.

Cobell was the executive director of the nonprofit Native American Community Development Corp., which promotes sustainable economic development in In dian Country.

She won a $300,000 "genius grant" from the John D. and Catherine T. MacArthur Foundation in 1997 and used most of the money to help fund the lawsuit.

Cobell lived on a ranch with her husband Alvin. Her only son, Turk, lives in Las Vegas with his wife Bobbie and their children Olivia and Gabriella.

Copyright © 2011 The Associated Press
Published by Times-Standard on Oct. 17, 2011.
MAKE A DONATION
MEMORIES & CONDOLENCES
108 Entries
It has been four years I love and miss you aunty. I hope you are having a good time in the big sky!
brooke longfox
November 6, 2015
Thank you Elouis, for all you have done for us Navajos too. May you rest in your father's loving hands forever in heaven. You have done so much for us here on mother earth. You are a beautiful woman with a big heart. Thank you holy spirit for putting all these a
holy people around her in heaven. God bless. Rena
April 18, 2014
Vanessa Demarce
December 21, 2012
Elouise, thank you for all you have done for the Natives of this country, You are a great person and will always be remembered and honored by all those lives you have touched.
Condolences to your family and friends
Karlene Faulkner
December 20, 2012
thank you Elouise for all you have done for indian country God bless you.Rest in peace.
lila st.claire
December 20, 2012
Thanks Elouise for what you have done for Indian Country. Your legacy will not be forgotten.
Delvin Cree
December 20, 2012
My condolences to Ms. Cobell's family and friends. I was privileged to work with her briefly several years ago at Native American Bank and am still in awe of her quiet intelligence and bravery in acting for what was right. It was a privilege to have known her, a great role model for all human beings.
Christine Manchester
December 4, 2011
Mrs Cobell you are an inspiration to me and many other Native Americans. I thank you for your determination. My your spirit be free. Member of Muscogee Tribe.
Kimberly Johnson
November 30, 2011
I has been a month and the tears still fall, I love you so much my loving auntie.
cher ketah
November 16, 2011
You were such an inspiration to me. You fought for Native American rights and won. You were a true warrior. Thank you so much Elouise. My condolences to your beautiful family.
Louise Doney
November 12, 2011
Our condolences to the family. Rest now.
Cheryl & Matt Benally-Morgan
November 4, 2011
Great native Spirit Woman, may your work inspire the Blackfoot tribe into the new century and prosperity!
Alex Seredin
October 23, 2011
Condolences to Elouise's family. Her courage and strength are examples to follow for those who are struggling for their lost rights. May her soul rest in peace.
Mona Seredin
October 23, 2011
I am sorry to hear of her passing. She has done alot for all Tribal Nations. I am glad to have followed her progress when she first went Washington, and without her, there would probably be a slow progress of her work. She will be missed, but not forgotten. RIP dear friend. Mitakoye Oyasin.
Dar Red Hawk
October 21, 2011
The Little Bird Woman whispered into the ear of the American Government to right a long time wrong, Then She flew away. Thank you. Your work here is done, find your little nest in heaven. Deena (sioux)
Deena Rosario
October 20, 2011
May the Creator bless you and your family in your time of need. Elouise was a True Lady Warrior standing up for her and countless other's rights. My deepest sympathy and May she rest in peace.
Malinda Notah
October 20, 2011
I am a spouse of a Chippewa tribe member of the Sault Ste. Marie tribe. We are sad to hear of Elouise's passing. She fought the great fight and the Great Spirit decided it was time for her to come home. We home her followers will continue to fight the fight for all Native Americans in the future and futures to come.
Pamela Matteson
October 20, 2011
What strength, courage and love she had for our nations to fight for what is ours. I am sorry that I didn't get to meet her. May she rest in peace. My condolences to her family.
Charlene Hawk
October 20, 2011 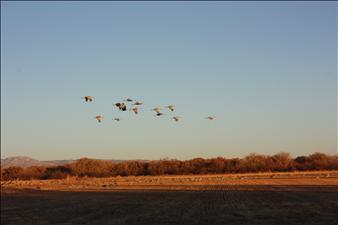 Maria Varela
October 20, 2011
May you forever soar with the Eagles and be with all the Native American leaders who have gone on.. Thank you so much what you did for our Native people.. May you find comfort and peace being with the Great Spirit...
Debi Benallie
October 20, 2011
Please accept my condolence. Life is so short, may you cherish your loving memories and find comfort in prayer to God, James 4:8.

Condolences to her family and the Blackfeet Nation. 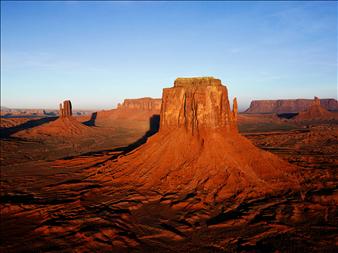 Val
October 17, 2011
Elouise Cobell, Thank you for your courage and strength in showing us how much you believe in Native Americans.
Great Spirit, please welcome Elouise Cobell with open arms. may her soul fly high with our brother Hawk. Let her bring in first light and help the sunset each day. I also ask you, Great Spirit, please comfort and guide Elouise's family thru their time of need. Bless them all with care and love.
Thank you for listening Great Spirit.
A'ho
(Amen)
Navajo Lady
October 17, 2011
Bless and thank you Ms. Cobell for the good fight. May your family know peace.
naomi h. Springfield , Ga.
Naomi H
October 17, 2011
rip
will spires
October 17, 2011
So sorry to hear about Elouise's death, she is now with the Lord and all her people who passed before her. I did'nt know her but she sounds like a very brave and determined woman. My condolences to all her family.
Marian Ruiz
October 17, 2011
You will be in
our Thought
rip
GodBless you
Spiritually
Our thoughts go with
your cherished loved
ones
thankyou,
Sister E.COBELL
Victoria&Andrew VZj
October 17, 2011
Yellow Bird Woman,

Fly high, see the earth below...be content that your time here has made the grass greener, the air cleaner and the truth flow like the spring rivers; pure, clean and important for those down stream. Thank you.
D Verret
October 17, 2011
When you fight for what you believe in...it's not work...it is a journey. You are gone to a much better place but you definitely will not be forgotten. Rest now my sister, your work here is done.
Wanda Singing Wind Fortune
October 17, 2011
Rest in Peace
October 17, 2011
God will certainly bless this Native American woman who had so much courage, she never gave up; I agree with her, much is owed to the Native Americans. My sympathy to her family and friends. Blessings
Dorothy Morris
October 17, 2011
Wo-pi-la for all your endless work for your Native people. Rest in Peace! My sincere condolences to your family. You are truly a hero.
Phyllis Swift Hawk
October 17, 2011
Elouise Cobell - You walk among angels now. You have earned the respect of many, you have made history! As a Native American woman, you have cleared the path for many Native American women men to take what you have started and complete it. Wopila Tanka.
Chrysan Smallwood
October 17, 2011
I didnt get to personally thank you for helping so many people thru your hard fought battles with the government. My prayers for a good journey across the stars and for your loved ones you, thank you for caring when no one else did. Anpo Luta Win (South Dakota)
October 17, 2011
Let us all hope that the government honors the suit that this courages woman had won for her people. RIP Ms. Cobell, you're in a better place.
Jonathan Schmidt
October 17, 2011
take care, fly away
your Father waits for you
you were put here to help
the ones in need
some angels are here
and walk among us
we are blessed to be touched
by these angels
thank you for fighting to the end
your son will now carry
your heart with him
m k sam
October 17, 2011
Mrs. Elouise Cobell you have made HISTORY!!! What a blessing you are to the Native Americans we could have not done it without you...May God Bless you and your family...R.I.P.
Barb Amiotte
October 17, 2011
Your courage and compassion are a great example of what one person can do. May peace be with you. My deepest sympathy to your loved ones.
Kathleen Owen
October 17, 2011
Thank you for all your hard work, now it is time for you to rest. God be with your Family and Friends and Co-Workers. You will be surely missed in the Native Lands. - ee (Concho, Ok)
ee
October 17, 2011
REST IN PEACE
SCOTT CHAMBERLAND
October 17, 2011
you fought a great battle for native americans everywhere. have admired your determination and bravery. you certainly earned a ribbon shirt. sorry to hear that you have left us.
October 17, 2011
Showing 1 - 100 of 108 results