REVEREND ERIC FREED It is with profound sorrow that I inform you of the tragic death of Father Eric Freed that occurred in the early hours of Wednesday, January 1, 2014 in the rectory of St. Bernard's parish, Eureka. The media and other means of social communications have kept people informed as to the nature of his tragic death. Father Freed was born in Ann Arbor, Michigan to Eugene and Laura Freed. He was raised in Covina, California and graduated from Northview High School in the summer of 1975. He attended Loyola Marymount University, Los Angeles where he graduated with a B.A. in Philosophy. In the summer of 1979 he entered the Salesian Religious Congregation in Japan where he pursued his studies to the priesthood in the Salesian House of Formation, Jocti, Japan. He completed his studies in Theology at the Pontifical Salesian University, Turin, Italy from 1988-1990. On September 23, 1990 he was ordained to the Priesthood in Tokyo, Japan, by Archbishop Peiro Shirayanagi Seiichi for ministry as a Salesian priest. He ministered in Salesian High Schools as a teacher and chaplain in Ikuei Kosen, Tokyo 1990-1995 and Seikosakiun, Osoka, 1995-1999. Father Freed came to the Diocese of Santa Rosa on April 1, 1999 and served as Parochial Vicar at St. Joseph, Cotati until August, 2001, with a two month assignment at St. Francis Solano, Sonoma in the summer of 1999. On August 28, 2001, he was appointed Administrator of St. Mary's, Arcata where he ministered for one year. From August 15, 2002 until the summer of 2005 he was the Chaplain at St. Francis High School, Mountain View, California. Upon his return to the Diocese of Santa Rosa he was assigned as Chaplain at St. Vincent de Paul High School, Petaluma, and was in residence at St. James, Petaluma. In March of 2006 he was assigned as the Chaplain to the Newman Center for Humboldt State University, Arcata, and at the same time ministered as the Parochial Vicar at St. Bernard's, Eureka. Father Freed also taught Religious Studies at Humboldt State University, a course which was well received by the students. Father Freed ministered to the Japanese Catholic Community in San Francisco and Santa Clara County. He wrote the story of a Hiroshima bombing survivor who related her experience in the book titled "The Experience of the Atomic Bombing of Hiroshima in Poem." On January 10, 2001, he was appointed Pastor of St. Bernard's parish, Eureka and served in that office until his untimely death on New Year's Day, January 1, 2014. Father Eric is survived by his father Eugene Freed and his stepmother, Donna and by his brother Will, sisters, Kari, Lisa, Anita and Melissa who live in various parts of the United States. He was preceded in death by his mother, Laura and two brothers, Gene and Michael. He is mourned not only by his own family but his spiritual family as well, especially by those he served in Japan as a Salesian High School teacher, by the Japanese Community of the Bay Area and by the parishioners he served in the various parishes here in the Diocese of Santa Rosa particularly the parishioners of St. Bernard's parish, Eureka. Father Freed was a compassionate, giving priest with a ready smile, a good sense of humor and he was a sports fanatic. Echoing the words of Jesus to the blind man Bartimeus - "What do you want me to do for you" was how Father Eric lived his priestly life and ministry. He will be greatly missed. May he rest in peace. Letters of condolence may be sent to the Chancery and will be forwarded to the family. Memorial contributions can be sent to the Chancery for the benefit of Humboldt State University Newman Center, Arcata, California. FUNERAL ARRANGEMENTS Vigil Services: Sunday, January 5, 2014 2:00 pm St. Bernard's, Eureka Scripture/Rosary Fr. Mike Cloney Sunday, January 5, 2014 4:00 pm St. Bernard's, Eureka Scripture/Rosary Fr. Greg Villaescusa Sunday, January 5, 2014 7:30 pm St. Bernard's, Eureka Scripture/Rosary Bishop Robert F. Vasa The Church will remain open throughout the night and people are welcome to visit for a time of personal pray and meditation. Funeral Mass: Monday, January 6, 2014 Sacred Heart Church, Eureka, 11:30 am Burial: Monday, January 6, 2014 Internment following the Funeral Mass, St. Bernard's Cemetery, Eureka Reception: Following the Funeral Mass/Burial all are invited to St. Bernard's Parish Hall, Eureka, California. MEMORIAL MASS FOR FATHER ERIC FREED ************************************************************ On Saturday, February 1, 2014, a Memorial Mass will be celebrated by Bishop Daniel Walsh at St. Joseph Church Please sign the guestbook at www.times-standard.com, click on obits.
Published by Times-Standard from Jan. 4 to Jan. 5, 2014.
To plant trees in memory, please visit the Sympathy Store.
MEMORIAL EVENTS
To offer your sympathy during this difficult time, you can now have memorial trees planted in a National Forest in memory of your loved one.
MAKE A DONATION
MEMORIES & CONDOLENCES
87 Entries
I love you and and still miss you very much. Some of us got together on New Year's Eve after mass to converse, share a meal, and to be of good cheer in your memory. You will not be forgotten.
Mary I. Bockover
January 4, 2015
You will not be forgotten. We pray for you, and ask that you pray for all of us. Your Wednesday meetings are still an empty space in the weekly plan. The church just had a dinner and get-together in your honor, and you know, of course, it was packed-"a sellout", including eating, drinking, games, and yes, football on the big screen.
We hope to see you again, someday. Rest in the Peace of God, Fr. Eric!
F & K
January 2, 2015
Dear Father Eric,

On this first anniversary of your entry into everlasting peace I would like to thank you for the love and friendship that you gave to me and all who have been touched by you. Your example of living in joyous dedication has helped me strive to keep myself focused on the joyful and grateful path in my life. I'm blessed to have known you and the legacy of goodness and kindness you have left us all.

You encouraged my vocation and helped in so many ways. I pray now that you rest in peace and ask you to pray for me now and always. Your work has not been in vain. It has done much to grow God's Kingdom.

God bless,
Moses Brown
Moses Brown
January 5, 2014
You will be missed!!!
Rick and Cheryl Bucko
January 5, 2014
My heart and prayers go out to Father Eric's parishioners, students, friends and family. May God bring each of you peace and comfort. Thank you Father Eric for your joyful living witness of faith, your kindness, counsel and support. You will be missed by all of us whose lives you have touched.
Matthew 25:34-36
Vickie Swing
January 5, 2014
We will remember you always
Yolanda & Cesar Rivera
January 5, 2014
To the family of Father Eric, I send my heartfelt prayers and condolences. I am a better person for having heard Father Eric preach (at St. James, Petaluma, CA) for seeing the light of Christ shining from his eyes, for having been blessed to share the Eucharist with him. Thank you for sharing the gift of his life with all of us. God bless, and love always,
Ruth Duenas
January 5, 2014
Heartfelt condolences in our thoughts & prayers to Melissa, her Dad, sisters & brother. May each of you find comfort in the words so many have shared for your loss.
Jim Pat Sennett
January 5, 2014
Lynda August
January 5, 2014
Thank you Father Eric for all you have done for my family. There is not enough "Thank You's" for what you have done for us. God Bless your family. And may you Rest in Heaven.
Catherine McLean
January 5, 2014
My deepest sympathy to the Freed family. You are in my thoughts and prayers.
Joy McFann
January 5, 2014 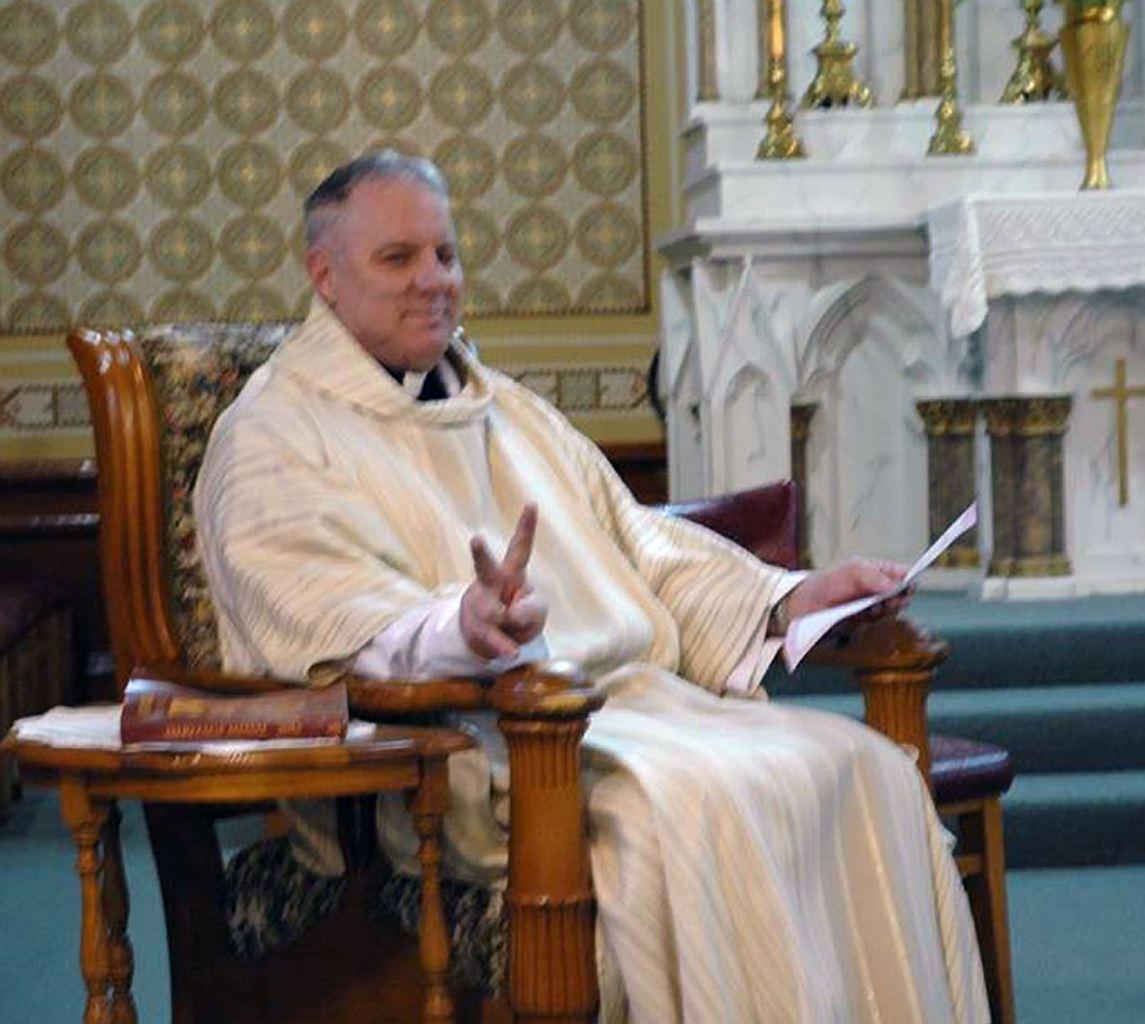 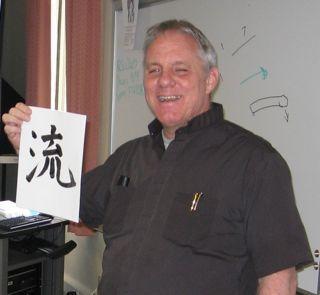 January 5, 2014
Eric was a larger than life person. His humor, intelligence and accomplishments were exceeded only by his compassion and ability to love everyone around him. Eric was a childhood friend of my former husband, Brian Curley. They were best friends since elementary school. Eric was “Uncle Eric” to our daughter. He brought our family so much joy and shared many good and hard times with us. I wish everyone, especially his parents and siblings, peace and healing as you mourn the loss of this great human being.
Debbie Curley
January 5, 2014
My dear brother you will truly be missed. I know I will see you again one day, in a place where there is no death, no pain or sorrow. RIP Eric -- your sister Lisa (Freed) Wienke
Lisa Wienke
January 5, 2014 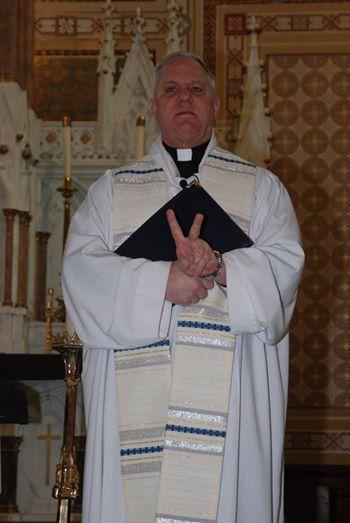 We will never forget you, Fr Eric. Your Wednesday night group was the ultimate high point in Karens week. And I will miss our frequent Saturday meetings. We are closer to our faith, our Church and to the lives we want to live because of your example, and your teachings. We will see you again, Fr Eric. For now, we rejoice that you are with the Lord, and reside in indescribable beauty and peace.
Karen and Fred
January 4, 2014
Our thoughts and prayers are with Fr Eric and family. Carol and Mike Combs
Carol Combs
January 4, 2014
My then 15 year old son and I met Eric when we were all studying Spanish in Cuernavaca twelve years ago. We spent only two weeks together, but "Padre" was a person we've never forgotten. His kindness, warmth, and humor made an indelible impression on us both. I grieve deeply for his friends, family, and congregation. I hope they can all find some measure of solace in knowing how much he was loved, even by passing acquaintances. Bless you all.
Beth Johnson
January 4, 2014
God bless you Fr. Eric! May we live up to all you taught us as our Pastor. May God Bless your Family!
Therese Dick
January 4, 2014
Showing 1 - 87 of 87 results