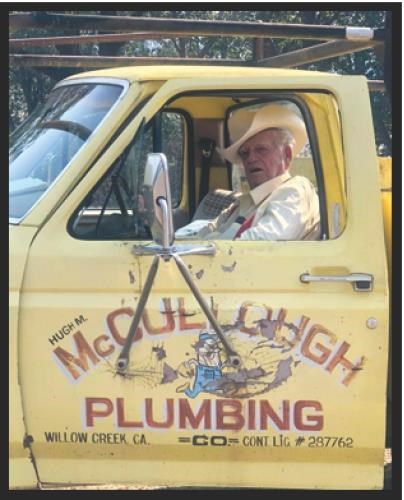 BORN
1936
DIED
2021
Hugh "Mack" McCullough
On October 6th 2021 Hugh "Mack" McCullough went home to be with his Savior. Mack was born in Louisville, Mississippi August 27, 1936, to his parents Maburn and Sally McCullough. His parents owned McCullough Farms where they mainly grew cotton. In 1946, at only 10 years old he lost both of his parents. At this time, he and his siblings, Sarah, Bess and Henry traveled from Mississippi to the Hoopa Indian Reservation to live with their older brother Bill, who had married a girl from Hoopa while in the service. Mack was loved by all who knew him and spent time with several different families during his youth. He graduated from Hoopa High and was an outstanding athlete, playing all sports. Mack was a hard worker his whole life. As a young boy he would milk 40 cows before school. Mack fought and worked for everything he had. He joined the Navy after high school with his buddies from Hoopa. He served 4 years and was deployed to Japan. After the service he returned home to Hoopa. He rode a greyhound bus that got in late at night and he went to work at the saw mill the very next day. He married Colleen Fountain and had 4 children, Macky, Troy, Nicole', and Penny. He then returned to Jackson, Mississippi in 1961. There he joined the Mississippi Highway Patrol as a trooper. Three years later the family moved to Weaverville, California where he became a Deputy Sherriff for a few years. He then put roots down in Salyer, working at Whitson's Plumbing. Mack's entrepreneur spirit sprouted, and he soon opened McCullough Plumbing. He ran and operated his business into his 70s. He used this business to train his sons, nephews, and others in the trade, taught them work ethic, and "how to shovel shit". Mack contributed to his community by faithfully serving on the Klamath Trinity School Board for many years. In addition to his plumbing company, he built a cattle company. Cattle was one his greatest joys along with raising hogs. Some his favorite times were spent running cattle on the Trinity Summit Mountain Range. His entrepreneur spirit continued to his last days. He started a new cattle herd with his daughter in August of 2021. "5685 McCullough Cattle Company" Nicole was 56, he was 85, this was his newest and last endeavor. The last months of his life were spent negotiating cattle prices, buying, planning, building, and dreaming of this new adventure. For the last 14 years of his life Carolyn was his friend, companion, and devoted helper. Carolyn attributes Mack with saving her life. He loved to call her "P Rooster".
Mack's life is an example of perseverance through many hardships. He always said, "You just got to put it out of your mind and keep going" God was faithful throughout all of Mack's life to draw him to Himself and in the end he lifted his hands and said "I am going HOME".
He is preceded by his parents Maburn and Sally McCullough, his brothers - Bill, Henry, and Dee McCullough, sisters - Sarah Torrence, Bess Finton, and Virginia McCullough. Brother-in-law, JB Torrence. Sister-in-Law, Esther McCullough. nephews - Allan Torrence, Buff McCullough. Nieces – Darla and Michelle McCullough, Tami Johnson, and Great Grandson - Jazz Little Horse Hostler, Colleen McCullough, and numerous aunts, uncles, and cousins,
He is survived by Carolyn, Son – Macky McCullough and wife Dena McCullough, Grandchildren – Danielle and Travis Carmesin, Cole, Carly Carmesin. Rachelle and Clay Hicks, Bowdy, Carson, and Crew Hicks. Janelle and Mikey Jones, Conner, Lucus, and Cooper Jones. Son – Troy McCullough, Stefani Clark, Grandchildren – Lilian & Art Mastel, Talyor Davaris. Jedidiah McCullough, Elizabeth McCullough. Savannah McCullough and Olivia McCullough. Daughter – Nicole Ammon, Erick Ammon, Grandchildren – Ericka Hostler, Johnsilver, Coco, and Michael Hostler. Sarah Ammon, Bryce, Everett, and Gracelyn Gruetzmacher. Israel and Natalie Ammon, Kaiden Horn. Isaiah Ammon. Abigail and Grant Smith, Faith and Daisy Smith. Hope Ammon (His bull tamer). Daughter – Penny and husband Harv Grant. Grandchildren, Sashelle and Tim Broadbent, Jesse, Brooklynn, and Colt Broadbent. Jasmine and Jess Bacon, Mercedes Blankenship, and Kingston Bacon. Bryon and Amelia McIntosh Jr. Lincoln and Jude McIntosh. Cecily Grant, sister-in-law – Nancy McCullough (children) Cheri Gravalos, sister in law – Sid Colgrove (children) Sherllette Colgrove, Henry Boyd and Carol Ann McCullough. Nieces - Carol Criswell, Judy Harshman, Jerri Ellen Coleman, Sherry Ward, Pam Nichols, Collette Livingston, and Jackie Vail. Nephews – Dennis, Gary and Lee Turner. Jack and Henry Torrence, Robert Fountain.
Pallbearers – Macky & Troy McCullough, Harv Grant, Bryon McIntosh, Israel Ammon, Shane McCullough.
Graveside Service at Hoopa Tribal Cemetery Friday October 15th at 11:00am. Reception following at "The Ranch" 1:00pm 200 Fountain Ranch Road, Salyer 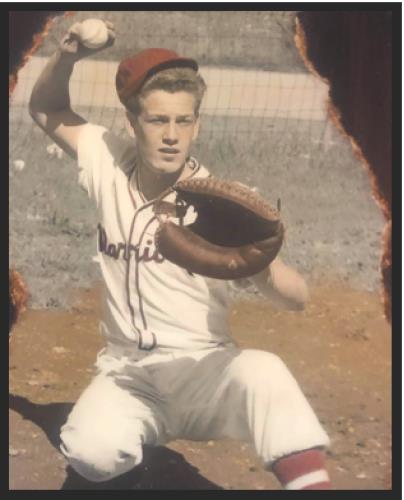