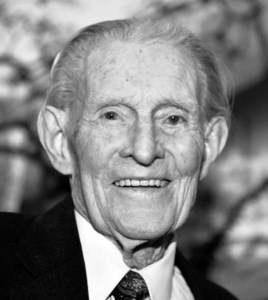 Alfred Smith Justice passed away at home on February 12, 2021, at the age of 93, surrounded by family and friends. Al, better known as "The Chief," was born to Eugene and Margaret (McCracken) Justice on January 11, 1928 in Hopewell, Virginia. He grew up in Hopewell until the unexpected death of both of his parents at the age of 12. Al was then taken in and raised by the Daniel family in Hopewell, Virginia, in Mama Daniel's boarding house. In January of 1946, he entered the United States Navy in Richmond, Virginia at the age of 18 years old and served his country for a period of four years on Active Duty. During this time, he was assigned to The U.S.S. Edisto (Icebreaker) in May of 1949 and The U.S.S. Philippine Sea in September of 1949. He was honorably discharged and transferred to the United States Navy Reserves in February of 1950. but was recalled to Active Duty in July of 1950 at the Naval Gun Factory in Washington, D.C., where he served his country during the Korean War. He served until he was injured in a military jeep accident and was subsequently released from Active Duty for a second time on November 16, 1951.

After his military service, Al attended George Washington University, where he married and had three children – Bruce Daniel Justice (60) of Clayton, Del., Dawn Justice DuBerry (58) of Albuquerque, New Mexico and Joseph B.K. Justice (51) of Falls Church, Virginia. After college, he went to work as a Computer Programmer Analysis for the United States Government Printing Office in Washington, D.C., where Al spent the next 28 years in this capacity. After his retirement from federal service, Al continued his spirit of giving at the Cathedral of Saint Thomas More, where he served in the capacity of Sacristan for almost 20 years until he stepped down in 2018. Al leaves a legacy of love for his family, friends and the Catholic Church. Al is survived by his three children – Bruce, Dawn and Joe; his brother, Joe Justice of Richmond, Virginia; eight loving grandchildren and several nieces and nephews. Funeral arrangements and burial will occur later at Arlington National Cemetery. Please check the Murphy Funeral Home Arlington, Virginia Website: murphyfuneralhomes.com.

In lieu of flowers, the family requests that donations be made to

The Cathedral of Saint Thomas More, Attn: Father Posey c/o Alfred S Justice, 3901 Cathedral Lane, Arlington, Virginia 22203.
To plant trees in memory, please visit our Sympathy Store.
Published by Richmond Times-Dispatch on Feb. 19, 2021.
MEMORIAL EVENTS
No memorial events are currently scheduled.
To offer your sympathy during this difficult time, you can now have memorial trees planted in a National Forest in memory of your loved one.
Funeral services provided by:
Murphy Funeral Homes
GUEST BOOK
3 Entries
A good man is gone. I worked with him at the Government Printing Office. He was just a good soul! I had many pleasant and caring conversations with him. I send my deepest condolences to the Justice family!
Juanita Ligon
Coworker
February 28, 2021
I worked with Al for nearly 10 years at the Govt Printing Office. Actually, Al was my employee. However, he was much more than that -- he was a friend and I could always count on him to do what was needed. I have fond memories of our fishing trips, poker games and pig roasts.
Craig Connor
February 21, 2021
I met Al, when I came to work at U. S. GPO in 1989. He was a very gentle man, and had such a great personality. May Al Rest In Eternal Peace.
Bridget Govan
February 20, 2021