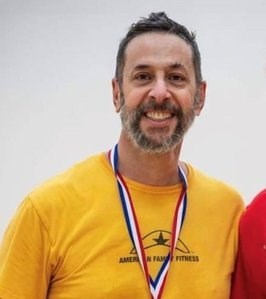 BORN
1957
DIED
2021
FUNERAL HOME
Woody Funeral Home Huguenot Chapel
1020 Huguenot Road
Midlothian, VA
PELONERO, Anthony Leonard, M.D., M.B.A., Distinguished Life Fellow of the American Psychiatric Association. Anthony L. Pelonero, M.D. was born in Paterson, New Jersey to Leonard and Rosary Pelonero on February 16, 1957. He lost his over six-year battle with a rare sarcoma on July 16, 2021. He is survived by his wife of nearly 39 years, Jo Ann. He is also survived by son, Alex; and daughter-in-law, Katherine Pelonero; and their daughter, Caramia Sophia; and son, Anthony George of Ashburn, Virginia; his son, Lee Stephen Pelonero; his daughter, Theresa Rose Pelonero of Richmond, Virginia; his sister, Sharon Kessinger and her husband, Steven of Midlothian, Virginia; nephews, Charlie and Michael; his brother, Steven and wife, Patricia, of Little Falls, New Jersey and their son, Steven; and his brother, Michael Pelonero of Houston, Texas and his children, Marisa Bible and Michael Pelonero and their families. Dr. Pelonero earned his undergraduate degree at Virginia Commonwealth University in 1979 and his medical degree in 1983 at the University of Medicine and Dentistry of New Jersey – New Jersey Medical School, which is now the Robert Wood Johnson Medical School at Rutgers University. Tony returned to Richmond for his internship and psychiatric residency. In 1987 Dr. Pelonero became faculty at VCU and served as a teacher, researcher and clinician. Dr. Pelonero published numerous scientific articles and book chapters on psychiatric topics, with a focus on the illness schizophrenia. Dr. Pelonero's career evolved into healthcare administration when he became the medical director of Central State Hospital in Petersburg, Virginia. He continued to teach and do clinical work while an administrator and volunteered at Crossover Healthcare Ministries' free health clinic for many years until his health would not allow it. He also had many productive years as a medical director at Anthem Blue Cross Blue Shield, where he always strove to be collaborative with practitioners and be responsive to those needing to access their healthcare benefits. Tony's thoughts to add here for friends and family are as follows: "I had a great life! I was blessed with parents who loved and nurtured me and I fulfilled my dreams of becoming a husband, father and physician. I was thrilled to become a grandfather. During my life I got to be a coach, teacher, researcher, published author and lifelong student. I spent many hours on the racquetball court competing and was proud to be a local racquetball champion in my divisions. I was blessed with a wonderful wife who loved me and cared for me to the end. She was my best friend. We hiked in national parks across the United States and treasured being in the mountains and wilderness. I pray that you can have as happy and fulfilling life as I had. As a physician that died of cancer, I would recommend to all that they consider themselves the #1 patient, and to take care of themselves first. My thanks to the many fine physicians, nurses and other practitioners that took care of me." A memorial gathering will be held on Thursday, July 22 from 6 to 8 p.m. at Woody Funeral Home - Huguenot Chapel. In lieu of flowers, please consider a memorial contribution to Crossover Healthcare Ministry, 8600 Quioccasin Rd., Suite 101; Henrico, Va. 23229. Also find them at crossoverministry.org/donate. Online condolences may be left at woodyfuneralhomehuguenot.com.
To plant trees in memory, please visit our Sympathy Store.
Published by Richmond Times-Dispatch on Jul. 20, 2021.
MEMORIAL EVENTS
Jul
22
Memorial Gathering
6:00p.m. - 8:00p.m.
Woody Funeral Home Huguenot Chapel
1020 Huguenot Road, Midlothian, VA
Funeral services provided by:
Woody Funeral Home Huguenot Chapel
MAKE A DONATION
MEMORIES & CONDOLENCES
Sponsored by Woody Funeral Home Huguenot Chapel.
2 Entries
Sending our sincere sympathies to you and the "kids". Lots of good memories from our years as neighbors. So sorry for your loss!
Bill and Jackie Stallings
July 23, 2021
We are so sorry to read about Tony. Our hearts are breaking for you. Please know that you all are in our thoughts and prayers. Much love coming your way.....
Chet & Barbara Walrod
July 20, 2021
Showing 1 - 2 of 2 results