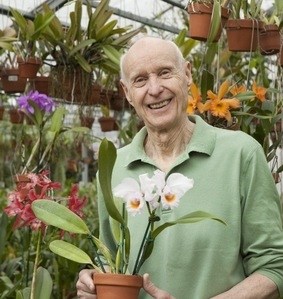 BORN
1930
DIED
2021
CHADWICK, Mr. Arthur Andrew, of Hockessin, Del., passed away on June 2, 2021 at the age of 90. He was born July 22, 1930 in Elkins Park, Pa. He graduated from Penn State University in 1952 in Agricultural Economics and later, studied Economic Theory at the University of Pennsylvania. He then joined the Air Force as a Cadet during the Korean War. Arthur worked for Hercules Agricultural Chemicals in the International Department for 33 years. After retirement, he went into the orchid business with his son, Arthur Everett, founding Chadwick & Son Orchids, Inc. For the next 32 years, he was instrumental to its success. Along the way, he wrote dozens of articles for the American Orchid Society as well as a book, The Classic Cattleyas, now in its second printing. Another book, First Ladies and their Cattleyas: A Century of Namesake Orchids, is scheduled for this fall. He and his wife, the former Beatrice Anne Clark, of Milford, Conn., were competitive ballroom dancers under the instruction of Bryan Wells and gave regular exhibitions in the Wilmington area for 16 years. Art was also an avid ice skater for decades at the Skating Club of Wilmington. He enjoyed British comedy, gardening, French cooking, playing Bridge and teaching life lessons to his grandchildren. He is survived by his wife, Anne, of 60 years; son, Arthur Everett Chadwick of Powhatan, Va.; granddaughter, Olivia Chadwick of Raleigh, N.C.; and grandson, Arthur Edward Chadwick of Washington, D.C. He was predeceased by his daughter, Anne Chadwick of Hockessin, Del.; his parents, Arthur and Olive Chadwick, of Elkins Park, Pa.; and two cats, Baby Pokie and Furball. Funeral arrangements will be private. In lieu of flowers, the family welcomes donations to the American Orchid Society: secure.aos.org/donate.
Published by Richmond Times-Dispatch on Jun. 20, 2021.
To plant trees in memory, please visit the Sympathy Store.
MEMORIAL EVENTS
To offer your sympathy during this difficult time, you can now have memorial trees planted in a National Forest in memory of your loved one.
MAKE A DONATION
MEMORIES & CONDOLENCES
15 Entries
My sincere condolences, Anne and family, I´m so grateful to have known Art and his kind and generous ways! He would always bring a smile and a beautiful orchid to our dental office! Everyone would enjoy these precious flowers for weeks! We will certainly miss this wonderful man and the sunshine his presence brought us. Rest In Peace!
Linda Freehart
Work
July 4, 2021
So sorry we lost this wonderful man who did so much for the orchids and the orchid wold. As an AOS judge, I particularly enjoyed all the cattleya information - after all, cattleyas are the "real orchids" - right?
Ingrid Ostrander
July 3, 2021
So sorry for you, his son! My condolences and sincere thoughts go to all of your family. Alain Dumont
Alain Dumont
Other
June 23, 2021
My deepest condolences to your entire family. I never got to meet Mr. Chadwick although I have his orchids and his book and treasure everyone of them. My very best wishes. Maola On
maola on
Other
June 21, 2021
Although I never met Mr. Chadwick, I see and enjoy the beauty of his love and compassion each time I have visited the greenhouse in Powhatan. You can see the passion that has been passed down to Art and the crew there. What a legacy to leave the orchid world and the folks who are lucky enough to stop in and spend a few moments enjoying the beauty of a dedicated family with a unique passion some unique plants.
Brenda Absher
Other
June 20, 2021
deepest sympathy to you and your family on the death of your husband and father. (Aside: thanks for mentioning the two cats in the obituary!)
Carri Chapman
June 20, 2021
Sorry for yr loss. He was a great man.
Jean Clausen
June 20, 2021
So sorry for your loss. He lives on with the beauty he brought to our world.
Andrea Nobil
June 20, 2021
My condolences to you and your family and friends who will miss your father terribly.
Debbie Ricchezza
Other
June 20, 2021
What a loss to the Orchid World! I am a Cattleya lover and my collection of +700 consists of 95% Cattleyas! I have the 2nd Edition of The Classic Cattleyas which I find so informative and beautifully written. I live in Canada so I´m not able to get your orchids here which is upsetting to me however, being able to turn to my book is very inspirational. Thank you so much for your newsletters which I thoroughly enjoy and for all the tips you and your family share so that we can enjoy having Cattleyas grow and flourish in our own greenhouses! I am deeply sorry for your great loss .... however, he will long be remembered for all his great contributions to Orchid enthusiasts world wide. My sincere condolences to the family.
Marilyn Lew
June 20, 2021
I am so very sorry for your loss. I send prayers and hugs to you and your family.
Cari Johnson
Other
June 20, 2021
Art, I am so very very sorry for your loss. I know so well what you and your family are going through. I lost my dad last October. He was 96. They were part of a great generation!
Rene' Haeger Wenleder
Other
June 20, 2021
He did not know me but I have visited the Powhatan location and marveled at the orchids. What a beautiful way to spend a life and share a love of orchids with family. They add such beauty to our world.
Joanne Weinstein
June 20, 2021 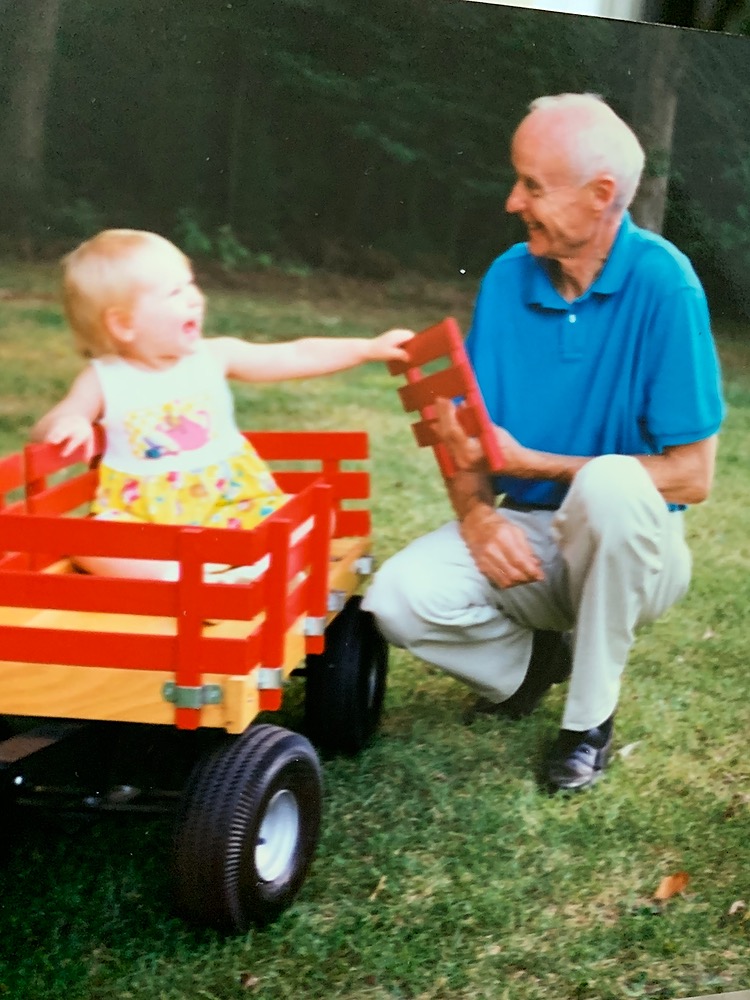 My favorite memories of my grandfather include learning: learning how to bake the proper yeast roll, how to harvest blueberries at peak time, how to do a waltz jump on the ice, how to make the best cheese and cracker combinations, how to care for orchids correctly, how to to use a telescope properly.... He was the smartest person I ever knew and I´ll always remember his kind, patient lessons.
Olivia
Family
June 20, 2021
To Art and Arthur, We are sorry to hear about the passing of your father/grandfather. Condolences from Troop 832.
Tony Hackenberg
Other
June 20, 2021
Showing 1 - 15 of 15 results