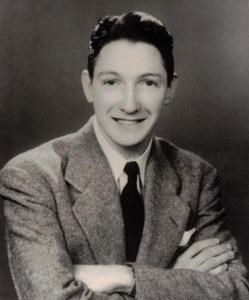 MCLAUGHLIN, Cornelius Charles, Jr., age 95, passed away peacefully on September 12, 2021, at Westminster Canterbury, where he has resided for the past 12 years. He was born on December 8, 1925 in Wayne, Pennsylvania, to Cornelius Charles McLaughlin from Donegal and Helen O'Sullivan McLaughlin from Kilkenney. He grew up in Wayne and attended St. Katharine of Siena School and was a 1944 graduate of Radnor High School. He enlisted in the Navy during World War II and served for three years at Camp Peary, Virginia. While stationed there, he met his future wife, Imogene Mears McLaughlin, who was a student at William & Mary College. On September 27, 1947, they were married at St. Benedict Church and they made their home in Richmond. He and Imogene were founding members of the newly formed parish of St. Bridget Church in 1948 and he has been a devoted member for the past 73 years. Always devout in his Catholic faith, he was a member of the Knights of Columbus Council #395 and participated in The Nocturnal Adoration Society for many years. He attended The Richmond Business College while holding the position of teller at the Southern Bank & Trust Company. He later was employed at Western Auto Hardware in Lakeside and at Lorraine Hardware in Carytown. In 1953, he became a sales representative with The Metropolitan Life Insurance Company where he managed sales and collections of large debits. In his later years, he was employed by The Hughes Motor Company and by Virginia Automotive Supply Company. When fully retired, he took on the role of devoted caregiver to his wife. "Connie" was most proud of his children and grandchildren and their accomplishments, his Irish heritage and his Catholic faith. He was a loyal follower of the Villanova Wildcats and enjoyed Turner Classic movies, Big Bands, Irish music, sing alongs and music shows at Westminster Canterbury and reading the daily newspaper. He loved family visits, reminiscing about happy years on Leonard Parkway and West Franklin Street, having his birthday coconut cake, trains and railroad history. His most cherished memories were trips to Wayne and Beach Haven to be with his McLaughlin and Hobson families, summer vacations with his family in Deltaville at Stingray Point and his and Imogene's very special 65th wedding anniversary party in 2013. He had a strong work ethic and a steadfast devotion to his loved ones. His most endearing qualities were his ever curious nature, sharp sense of humor, remarkable memory, his forthright manner and his indomitable spirit to persevere through life's adversities. He was predeceased by his wife of 65 years, Imogene Mears McLaughlin, in 2013. He was also predeceased by his brothers, John Anthony McLaughlin, Joseph Patrick McLaughlin; and his sister, Helen McLaughlin Foster. He is survived by his three loving children, Jeanie M. MacMillan and her husband, Dick, Cornelius C. McLaughlin III and his wife, Pam and Sharon M. Litrel and her husband, George. Seven grandchildren who will cherish his memory are Julia M. Edwards and her husband, Shawn, Richard E. MacMillan Jr. and his wife, Hilary, Thomas A. MacMillan and his wife, Alison and Charles B. MacMillan, Melissa L. Harmon and Alison, Thad Harmon, Angela L. Houle and her husband, Dave and Gena L. Willis and her husband, Mike. He is also survived by 14 great-grandchildren, Sara, Owen, Hannah, William, Colin, Matthew, Maggie, Lizzy, Jessica, Angelina, Zachary, Neily, Caroline and Gracie. He was a devoted and loving husband, father and grandfather and his spirit and memory will live in our hearts forever. The family extends heartfelt thanks to the nurses, aides, staff and Dr. William Reed at Mary Morton Parsons Healthcare Center for their enduring love, support and compassionate care over the years. Memorial donations may be made to the Westminster Canterbury Employee Christmas Fund, St. Bridget School or to The American Heart Association. A private graveside service followed by interment will take place in Hollywood Cemetery on Friday, September 17, 2021. The Central Chapel of Bennett Funeral Home on Cutshaw Avenue is assisting the family. 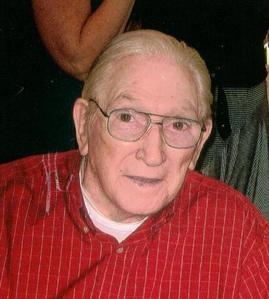 Published by Richmond Times-Dispatch on Sep. 15, 2021.
To plant trees in memory, please visit our Sympathy Store.
MEMORIAL EVENTS
Sep
17
Graveside service
Hollywood Cemetery
VA
Funeral services provided by:
Bennett Funeral Homes - Richmond
MAKE A DONATION
Please consider a donation as requested by the family.
MEMORIES & CONDOLENCES
Sponsored by Bennett Funeral Homes - Richmond.
3 Entries
Our thoughts and prayers are with the family.
Rod and Janet Carpenter
September 16, 2021
I am so sorry to hear about your dad´s passing. There is always a hole in ones heart when a parent passes. Thoughts and prayers for you and your family.
Sharon Metz
September 16, 2021
May your memories of the wonderful times you shared with your loved one comfort you and your family, today and always.
American Heart Association
September 15, 2021
Showing 1 - 3 of 3 results