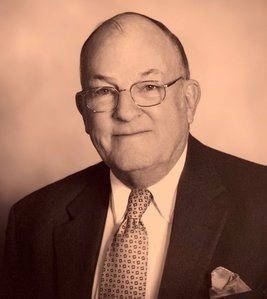 STEEBER, Donald Edgar, departed this life on Friday, October 30, 2020. He was born on June 23, 1933, in Summit, New Jersey. He was preceded in death by his parents, Myrtle Evelyn Loder Steeber and Albert Frank Steeber; as well as two brothers, Arthur Hamilton Steeber and Robert Allen Steeber; a grandson, Michael Richards Clements; and a great-granddaughter, Eliana Meeks. He is survived by his adored wife of 20 years, Lois Hurst Zakaib Steeber; his beloved children, Robin Townley Steeber-Powers, Allen Frank Steeber and Heidi Steeber Clements; as well as son-in-law, Michael Luck Clements; and daughter-in-law, Jayne Meeks Steeber. He also reveled in his three stepsons, Edward Otman Zakaib, John Salem Zakaib, M..D and his wife, Amy Sue Payne Zakaib and Charles Addison Zakaib and his wife, Mary Blair Dunton Zakaib. Mr. Steeber is also survived by his cherished grandchildren, Matthew William Powers, Kara Whitney-Steeber, Joel Richard Meeks, Shelly Davis Janse Van Rensburg, Taylor Allen Clements, Courtney Steeber Clements, Edward Perry Maxwell Zakaib, Marian Addison Osborne Zakaib, Samuel Duncan Zakaib, Charles Salem Zakaib, Gabriel Dunton Zakaib, Isabella Blair Zakaib; and great-grandchildren, Reyna Liana Meeks, Greer Patricia Meeks, Alice Harper Janse Van Rensburg and Kamden William Filkins. Mr. Steeber received a Bachelor of Science degree in Civil Engineering from Lehigh University in June of 1955, with a "Distinguished Military Graduate" designation. He was a member and president during his junior and senior years of the Theta Delta Chi social fraternity and held several undergraduate positions in the national fraternal organization while at Lehigh. As a part of one senior engineering project at Lehigh, he received a National Honorable Mention Award for his design of "An All Welded Prefabricated Steel Swimming Pool." Upon graduation, Don was employed by American Bridge–a division of US Steel Corporation. Mr. Steeber was a First Lieutenant in the U.S. Army Corps of Engineers (Retired). After his U.S. Army active duty, he worked for the Esther Williams Swimming Pool Company. While there, he developed the basic design for what today is the valve used on most swimming pool filter tanks. In 1961, he and his brother, Robert took over the family businesses: Portable Light Co. Inc. and Sireno Signal Manufacturing Company in New York City, where Don designed and developed the first electronically controlled Marine search light, and was the first to put strobe lighting in first responder emergency vehicles. The business was sold in 1969 to IT&T. Following his love of tennis, he then built, owned and operated an indoor tennis club for eight years. In 1977, he joined the faculty at The Steward School in Richmond, Virginia, where he taught mathematics and economics, coached soccer and field hockey and served as Athletic Director. In 1981, Mr. Steeber and his son, Allen founded their company, Steeber & Father Co., Inc., General Contractors, which they managed together building custom homes and major additions in the Richmond area for 33 years. Upon retirement, they sold the company in 2014. Mr. Steeber was a great lover of classical music and was an active and supporting member of the Board of Trustees of The Steward School, the Richmond Ballet, The Virginia Opera, Lyric Opera Virginia and the Richmond Symphony. He was a member of The Commonwealth Club in Richmond and Farmington Country Club in Charlottesville. Mr. Steeber was a member of St. Mary's Episcopal Church, Goochland, at the time of his death. A funeral service for Don will be held on November 11, 2020, at 2 p.m. at the family grave site in Hollywood Cemetery, with Rev. David May of St. Mary's Episcopal Church officiating. All are invited. It was his wish that in lieu of flowers, friends consider making a donation to the charity of their own choice.
To plant trees in memory, please visit our Sympathy Store.
Published by Richmond Times-Dispatch on Nov. 8, 2020.
MEMORIAL EVENTS
Nov
11
Funeral service
2:00p.m.
Hollywood Cemetery
Funeral services provided by:
Bliley's Funeral Homes Central Chapel
GUEST BOOK
Sponsored by Bliley's Funeral Homes Central Chapel.
9 Entries
My deepest sympathies to the Steeber family on the passing of Don ("Uncle Don" to me). He led a full, rich life and, as his obituary underscores, gave of himself generously. He will be fondly remembered by all who were lucky enough to know him, including me. I know he will be greatly missed.
Dave Sandhusen
December 16, 2020
We are sad to hear that Don died. We think of you with pleasure. Brenda
Brenda and Walter Anderson
November 16, 2020 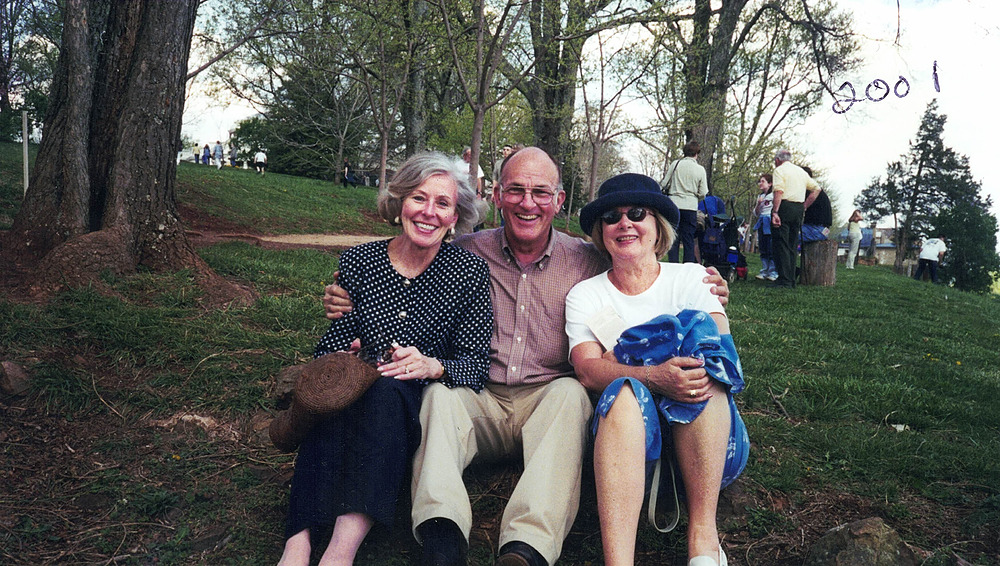 A huge hole just appeared in my life, Don & I have been close friends since 1947 when we were entering Summit High School. In addition to all the accolades, and good times we had I will remember him for his trademark utterance, "Golly Gee". Unlike many of his foul-mouthed pals, including yours truly, his language was always impeccable, never a four-letter word. He lived his life the same way, full of good deeds and always with class and high character. Rest in Peace, Don.
Don Maclay
November 15, 2020 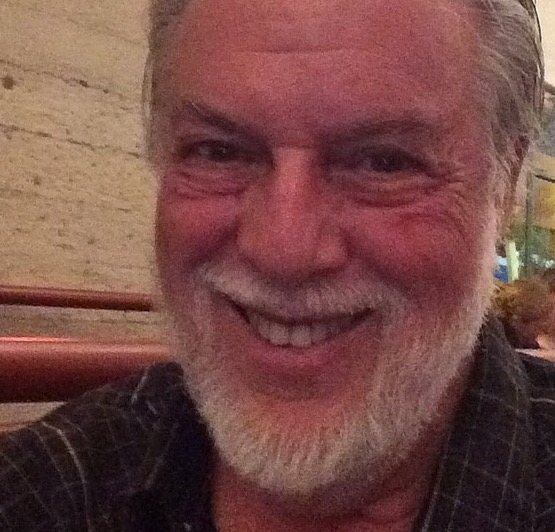 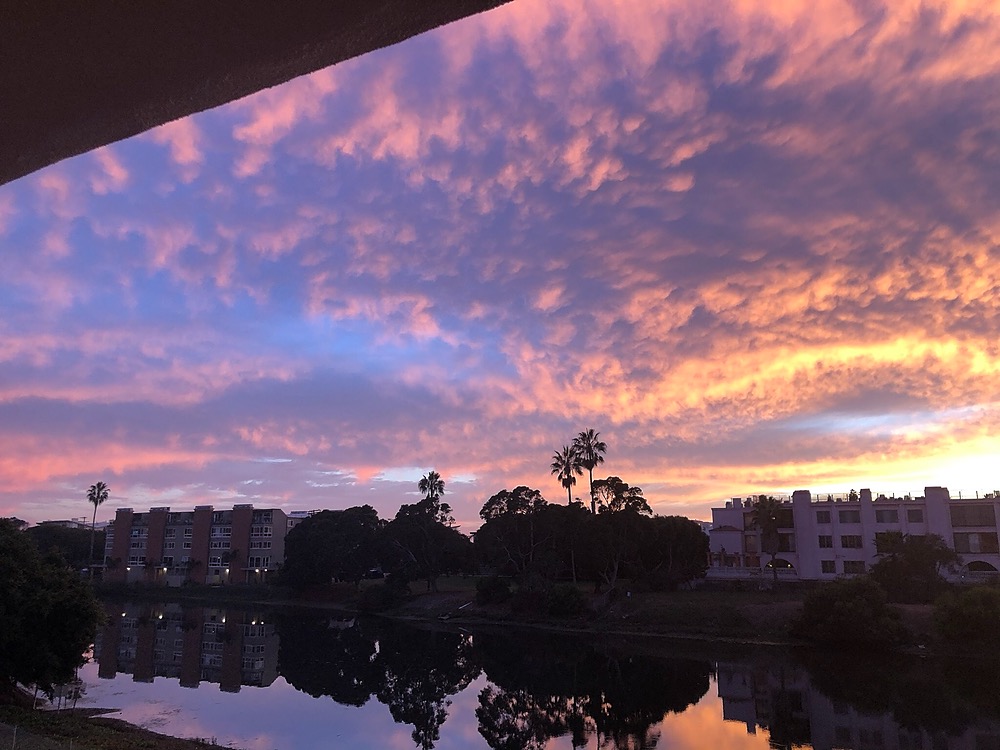 Peter Mark
November 9, 2020
Don was an absolutely spectacular man - principled in every important way, wise, and generous. His support of Virginia Opera and leadership of Lyric Opera Virginia in Richmond and Central Virginia lead us all to admire and be thankful for his care and attention. Clearly he was a man of many talents, achievements, and fortitude. I was always grateful for his steady support and wisdom, as I am sure everyone who knew him was. My deepest condolences to Lois and the family for this very sad loss. We shall all miss him. And be grateful for knowing him.
Peter Mark
November 9, 2020
We are very sad to see this obituary. Don was a wonderful man who helped us at our home tremendously. We also enjoyed seeing him when he attended St. Paul´s Church. The Steeber family has our deepest sympathies.
John and Patricia Epps
November 9, 2020
I remember Don so well as a person who cared deeply about doing a good job- whatever it was. He was a lovely person who made this world a better place
Beth McClelland
November 9, 2020
To the entire family, my deepest sympathies. He was a dear friend of mine. He will be missed by so many [email protected]
Margaret Harris
November 8, 2020