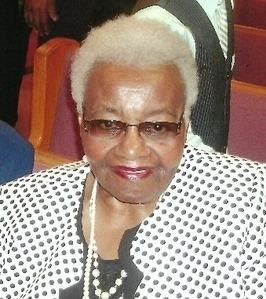 JOHNSON, Edna Bernice Jackson, 91, of Powhatan, Va., entered into eternal life on Monday, November 16, 2020. Edna was preceded in death by her husband, Walter H. Johnson, Powhatan, Va., whose death was in December 2003; parents, Edinboro and Ella Jackson; seven siblings, Ella Marie Jackson, Lizzie Williams, Wilson Jackson, Florence Barley, Pearl Mickle, Geneva Jones and Cora Henderson; and one son, Eric Woodrow Jackson, who passed away in 1952 at the age of nine months due to meningitis. Edna is survived by her loving children, Larry E. Jackson of Powhatan, Va., Janet Jackson Cousins (Frank) of Chesterfield, Va., Keith J. Johnson Sr. of Prince William, Va., Henry "Hank" Johnson and Dorothy Johnson Booker (James), also of Powhatan, Va. She was very proud of all her children and often reminded them to never forget how far they have come. She also leaves to cherish her life 10 grandchildren, three stepgrandchildren, 20 great-grandchildren and seven stepgreat-grandchildren. Remains rest at Mimms Funeral Services, 1827 Hull Street, Richmond, Virginia. Funeral services are private; there will be no repast and please omit food.
To plant trees in memory, please visit our Sympathy Store.
Published by Richmond Times-Dispatch on Nov. 22, 2020.
MEMORIAL EVENTS
No memorial events are currently scheduled.
To offer your sympathy during this difficult time, you can now have memorial trees planted in a National Forest in memory of your loved one.
Funeral services provided by:
Mimms Funeral Service, Inc.
GUEST BOOK
3 Entries
Larry, We´re sadden by the loss of your Mother. Mrs. Johnson was a very special person and will be missed by many. No doubt, she is now in a better place of God´s heavenly embrace. Our thoughts and prayers are with you and your family.
Charlotte & Marvin Watts
November 23, 2020
A beautiful soul has transitioned to be with her heavenly Father. My sister Geneva Robinson fell in love with their warm friendship they developed while at the Senior Connection Program in Powhatan. To all her wonderful children, your mom is now resting from all her labors and reuniting with all her siblings. God's love will sustain all of you during this difficult time. Rest well Mrs. Johnson and we'll see you on the other side.
Ralland V Robinson
November 22, 2020
Offering our deepest condolences during this difficult time.
From the Staff of Mimms Funeral Home
November 22, 2020