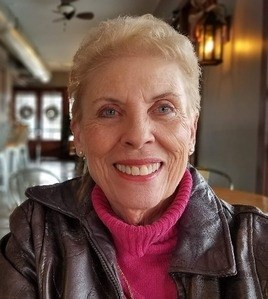 Evelyn was born in Farmville, Va. on May 2, 1940. She and her sister, Elizabeth "Bettie" Levick Beckham Gentry, moved to Hopewell, Va. with their family in 1946, where she went to Hopewell High School and Longwood College for a degree in education and ultimately meeting Doug, her future husband.

She began a career as a school teacher, primarily spending most of her time teaching at Enon Elementary, earning Teacher of the Year and revered in the Enon community, setting the standard for educational excellence and work ethic. "Emmie," as she was known to all, ended up teaching many second generations of family members.

After retirement, she enjoyed substituting for students with special needs, saying later, "I wish I had started my career in special needs!" The joy she found with these students and the natural patience she carried made her a valuable asset even in retirement. Emmie's enthusiasm for teaching inspired many of her former students to become educators as well. She was the teacher whom students will never forget.

Emmie is survived by sons, John Billings (Amy) and Scott Billings (Shannon). Her grandchildren were Natalie Rose (Ashley), Michael and Daniel Billings, Ash and Gracyn Billings, Chelsea Williams (Lane) and Grayson Harris and lastly, Hunter Western. She had one great-granddaughter, Harper Blake Williams. She is also survived by her sister, Elizabeth Beckham Gentry; as well as numerous nieces and nephews. Emmie is survived by her beloved brother-in-law, Norris Billings, his wife, Jeanenne; and sister-in-laws, Susan Lowman and Margaret Kronberg.

Services will be at the Enon Church Of God this Saturday, June 12 at 11 a.m., followed by a reception on the grounds.

In lieu of flowers, please donate to Alive Hospice in Nashville, Tenn.
To plant trees in memory, please visit our Sympathy Store.
Published by Richmond Times-Dispatch on Jun. 10, 2021.
MEMORIAL EVENTS
Jun
12
Service
11:00a.m.
Enon Church Of God
MEMORIES & CONDOLENCES
10 Entries
Was so sorry to hear of Emmie `s passing. My Heartfelt Love and sympathy go out to the family. So many fond memories of Emmie not only in my Nursing career , children rearing days, which , Emmie had one of my four as her students. But in my Mary Kay career. We had some wonderful memories , to know her was to love her! Always a smile on her face. Rest In Peace. Gods peace and comfort , Be with you
Joanne c Tucker
Friend
June 12, 2021
My sons and I were so sorry to hear of Emmie´s death. She was a dear person and teacher. So many wonderful memories during Walthall days! My heart goes out to her sons and their families.
Michele Archer
June 12, 2021
Emmie was a breath of fresh air with her warm smile and enthusiastic nature for teaching. I enjoyed working with her at Enon and her contagious laughter that made anyone feel welcome in her classroom. God bless you, Emmie.
Gail Feind
School
June 11, 2021
Such a great loss for anyone who knew Ms Billings. Prayers going out for family and friends
Linda Coleman
June 10, 2021
We will miss Emmie, her enthusiasm and joy in all things. She loved her family so. She was special.
Carolyn & Leroy Houser
Friend
June 10, 2021
She will always be missed by anyone who new her. Her and your father always treated me like family. Very wonderful people. I wish you all the best.
Darrell DeShields
Friend
June 10, 2021
You will be greatly missed Mrs. Emmie. Sensing tons of prayers for all the family and friends. We all have lost a great woman!!!! God bless.
Kimberly (Coleman) and Jack Henderson
Family
June 10, 2021
So sorry for your loss . She was a sweet lady that I met when she was a substitute at Hopkins Elem. And more recently at the grocery store Kroger´s where I worked. My prayers are with your family . Rest In Peace Emmie. .
Robin Moore
Work
June 10, 2021
Such an incredibly beautiful obituary honoring dear EMMIE. She was family in every sense of the word. Her sons will always be part of our family-"always!" How blessed our lives have been with Emmie and Doug!
Barbara, Tyler and Roma Scalone
June 10, 2021
I am so sorry to hear of Emmie's passing. I recall wonderful times we all had when we were at Enon Elememtary. She was a pleasure to be around.
Carlton Minter
Work
June 10, 2021