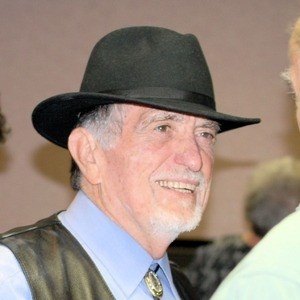 FUNERAL HOME
J.T. Morriss & Son Funeral Home and Cremation Services - Chester Chapel
3050 West Hundred Road
Chester, VA
NEWMAN, Harvey Calvin "Cal", of Chesterfield, departed this life on November 13, 2021, at the age of 88. He was born in Chesterfield County, Virginia, on November 27, 1932, the youngest of two boys, to Noah and Lena Newman. He was preceded in death by the love of his life, his wife of 61 years, Dorothy "Dot" Colbert Newman, on June 8, 2020. He was also predeceased by his brother, Leonard Adolph Newman; and his parents, Noah Smith Newman and Lena O'Berry Moore Newman. He is survived by his nieces, Maxine Newman Newton, Anne Newman Pannill (Jim) and Carla Colbert Temple (Derrick); his nephews, Leonard Adolph Newman Jr. (Brenda), Thomas Richard Mays Jr. (Brenda) and Michael Keith Mays Sr. (Judy); and his sister-in-law, Doris Capps Colbert. He is also survived by his great-nieces, Kimberly Newton Bostain, Shannon Pannill Barnette (Eddie), Danielle Bookman Cummins (Joey), Ashley Dawn Mays Mann (Jonathan); and his great-nephews, Bryant Newton (Michelle), David Braxton Bookman (Ashley), Michael Keith Mays Jr., Thomas Richard Mays III (Nicole), Daniel Raymond Mays; and numerous great-great-nieces and nephews, including his fiddle protege, Maggie Bostain. While faithfully serving his country, Cal went on to receive his GED. He served in the Merchant Marines for two years and in the U.S. Army for three. His last year of military service was spent touring and performing as part of a band formed from troops in the special services. He worked at McGuire Television from 1956 to 1966 and retired from AT&T in 1991 after 25 years of service. Cal Newman was one of the most respected fiddle players and musicians in country music, while also being the humblest. He was a seven-time Virginia State Fiddle Champion. In the 1950s, he toured with the Osborne Brothers (Sonny and Bobby). In the 1960s and 1970s, he performed as a regular at The Hunter's Lodge in Fairfax, Virginia, which was host to famous musicians for years. He was inducted into the Virginia Country Music Hall of Fame in 1979. He performed with the Old Dominion Opry in Williamsburg, Virginia from 1991 to 1997. He was still performing well into his 80s, from 2015 to 2018, as a member of the "new" Old Dominion Barn Dance. He was the only member to have also performed on the original Old Dominion Barn Dance (1946 to 1957). His love of his wife, Dot, his love of his numerous nieces and nephews and his love of playing music was prevalent his entire life. He will be missed by all who knew him. Services will be held 11 a.m. Wednesday, November 24, 2021 at J.T. Morriss & Son Funeral Home, Chester Chapel, with the interment following in Sunset Memorial Park, Chester, Va. Condolences may be registered at www.jtmorriss.com.

Published by Richmond Times-Dispatch on Nov. 21, 2021.
To plant trees in memory, please visit the Sympathy Store.
MEMORIAL EVENTS
Nov
24
Service
Sunset Memorial Park
2901 W, Chester, VA
Nov
24
Memorial service
11:00a.m.
Chester Chapel
3050 W, Chester, VA
Funeral services provided by:
J.T. Morriss & Son Funeral Home and Cremation Services - Chester Chapel
MAKE A DONATION
MEMORIES & CONDOLENCES
Sponsored by J.T. Morriss & Son Funeral Home and Cremation Services - Chester Chapel.
2 Entries
We are so sorry to hear of the loss of Uncle Calvin. As Tommy and he were so close I know this has been a very difficult time. We send our thoughts and prayers for both of you.
David & Annette Rose
November 29, 2021
Calvin & Dot were wonderful next-door neighbors to my parents. True to their nature, as my folks aged they helped in numerous ways from sharing a meal Cal had grilled to helping my mom get groceries out of the car and into the house. Dot kept in touch with them from visits to phone calls as she dealt with mobility issues herself. But she always stayed in close contact. I came to know them as wonderful friends when I was up assisting my folks with doctors' visits, etc. and then as they declined, They were exceptional people and I am grateful to come to call them good friends. Their devotion to one another was apparent and a blessing to observe. The world is less with the loss of Dot in 2020 and now Cal. I shall miss them.
Nancy Staples Newsom
Friend
November 22, 2021
Showing 1 - 2 of 2 results