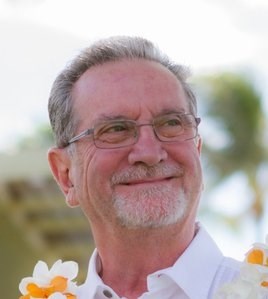 MEYERHOEFFER, John Ray, 77, of Powhatan, Va., passed away suddenly February 14, 2021. He was a kind and caring husband, father and "Pop-Pop." John is survived by his wife of 56 years, Linda Meyerhoeffer; children, Mark Meyerhoeffer (Dan Davis) and Marla Aste (George IV); and grandson, George Aste V. He proudly served his country in the U.S. Army and later, the Army National Guard. John's career as a barber spanned 55 years and began in 1966 in his basement barber shop in Laurel Hill. He continued to cut hair for 31 years at Flat Rock Barber Shop in Powhatan until his death. He treasured his career as a barber and was honored to serve five generations of the same family. His service to his community was a part of his faith; he exercised this faith by traveling to customers who became homebound to provide a haircut free of charge. He served as a deacon at Mt. Hermon Baptist Church, where he also taught Sunday school and served on numerous teams within the church. His faith was the source of his strength. He was a friend to many and he never met anyone he considered a stranger. His most enjoyable times were those spent with family and friends on yearly vacations. His grandson, George, "GJ," was his pride and joy. A graveside ceremony will be held 1 p.m. Saturday, March 6, 2021, at Oaklawn Mausoleums and Memory Gardens, 1921 Shutterlee Mill Rd., Staunton, Va. A Celebration of Life will be held at a later date at Mt. Hermon Baptist Church. In lieu of flowers, memorial contributions may be made to Mt. Hermon Baptist Church or Powhatan Volunteer Rescue Squad Inc.
To plant trees in memory, please visit our Sympathy Store.
Published by Richmond Times-Dispatch from Feb. 28 to Mar. 3, 2021.
MEMORIAL EVENTS
Mar
6
Graveside service
1:00p.m.
Oaklawn Mausoleums and Memory Gardens
1921 Shutterlee Mill Rd., Staunton, Virginia
Funeral services provided by:
Bliley's Funeral Homes
GUEST BOOK
Sponsored by Bliley's Funeral Homes Chippenham Chapel.
5 Entries
Linda, Mark and Marla. I am so sorry to hear of Johnny Rays passing. He was such a great person. I well remember coming with daddy ( Lucian Parrish) to get his hair cut. Keeping you all in my thoughts and prayers
Teresa Parrish Tisdale
Friend
March 2, 2021
I am so sorry and saddened to read this obituary of John´s death. He has cut my hair the entire time he has been in Powhatan. We have shared a tremendous amount of stories and laughs over these years. I will truly miss seeing him for my monthly haircut and the great friendship we shared. Keep your clippers close by and you can give me a trim when I join you. My thoughts and prayers are with Linda and their entire family.
Tommy Broughton
February 28, 2021
I remember the times that Johnny cut my hair in his home basement while living across the street from him and Linda in the Laurel Hill community. I also went hunting once with his grandfather-Oscar! Johnny and Linda were warm, friendly neighbors along with many others close by. He will be missed!!! Chuck Boyer
chuck Boyer
February 27, 2021
John was a great friend. So sorry for the sudden loss. Keep cutting hair my friend.
Ray Bowlin
Friend
February 26, 2021
John was such an awesome person and barber! We discussed many topics and he was always a calming voice for me! Had a great insight into life with all its problems. We’d planned to go trout fishing in the mountains, but didn’t make it! Never delay spending time with a friend! Prayers to John’s family! Rest In Peace John!
Robin Young
Friend
February 21, 2021