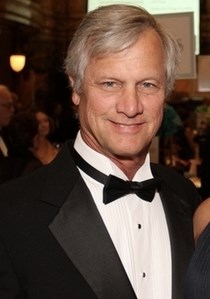 BORN
1954
DIED
2021
VAN MANEN, John "Bill" William, MD, 66, of Manakin-Sabot, Va., passed peacefully on September 3, 2021 after a short and brave battle with gastric cancer. Bill was born in November of 1954 to Milton H. Van Manen Jr. (Bert) and Haydee Van Manen of League City, Texas. He was the second oldest of three surviving siblings. Bill's upbringing taught him the value of hard work, dedication and an uncanny ability to focus like no one else.

Bill graduated from Clear Creek High School in League City, Texas, 1973, where he excelled in academics while earning All-District honors in football, baseball and track. He went on to attend Tulane University on a football scholarship and graduated as a Biology major in 1977. Bill played the position of receiver on the team and was most proud of the Green Wave's 1973 shutout of LSU and was recently honored with entry into Tulane Athletics Hall of Fame for this win.

Dr. Van Manen began his medical training at Tulane University School of Medicine in 1977 and received his M.D. degree in 1981. He went on to complete his internship and four-year residency in Orthopaedic Surgery at Tulane. He loved the city of New Orleans as well as his times spent sailing on Lake Pontchartrain and the Caribbean Sea from New Orleans to Mexico as an honored member of the crew aboard the Zip-a-Dee-Do-Dah sail boat, captained by his professor and mentor, Gil McMahon M.D.

Dr. Van Manen also served as a Major in the United States Army. During this time, he completed an additional residency in Foot and Ankle Treatment at Madigan Medical Center in Tacoma, Washington. He was part of the Medical Corps sent to Saudi Arabia in Operation Desert Storm from 1986 to 1991. After several years practicing general orthopaedics, Dr. Van Manen entered into a specialized training fellowship with one of the world's leading authorities in the field of foot and ankle surgery, Roger Mann M.D., in the California Bay area.

After his medical training, Dr. Van Manen settled in Richmond, Va. with his young family. Bill was an orthopaedic surgeon with Advanced Orthopaedics in Richmond (now part of OrthoVirginia) for nearly 30 years, where he provided care to thousands of patients who appreciated his down-to-earth bedside manner and superb surgical skills.

In 2018, Bill and his wife moved to Manakin-Sabot, bought a little land, built a barn and acquired some horses. Bill loved nothing more than spending time with his family at his country home where he started and tended to his vegetable garden with pride and learned to ride horses alongside Laura on the many trails around his home. Bill especially enjoyed being a member of the Deep Run Hunt Club, particularly for their social events and friendships made there. Bill loved to travel. His trips to Italy and the Mediterranean were among his most recent favorites adventures. More recently, he and Laura enjoyed spending time in Key West, Florida.

Dr. Van Manen's family is very thankful for the support provided by his caregivers during his illness, particularly the staff at Bon Secours Community Hospice House and Dr. Marc Flickinger and Monsignor Shrive for their visits during home hospice. In light of the ongoing pandemic, services will be postponed.
Published by Richmond Times-Dispatch on Sep. 12, 2021.
To plant trees in memory, please visit the Sympathy Store.
MEMORIAL EVENTS
To offer your sympathy during this difficult time, you can now have memorial trees planted in a National Forest in memory of your loved one.
MAKE A DONATION
MEMORIES & CONDOLENCES
3 Entries
I´m so sorry for this loss. He was a great doctor and a nice person. He was easy to talk to.
Frances Phillips
Other
September 14, 2021
So very sorry to see this. Dr. Van Manen performed surgery on my badly-fractured left ankle in 2012 and I was so impressed by his caring and kindness. Requiescat in Pace.
Rebecca Bryan
Other
September 12, 2021
So sorry to see such a fine person pass over way too early. My thoughts are with my dear niece, Chelsea, and the premature loss of her dad. Much love to you Chelsea.
Diane Moxley
September 12, 2021
Showing 1 - 3 of 3 results