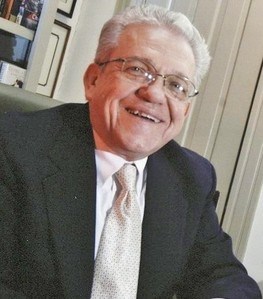 A native of Newport News, Virginia, Professor Inge was born in March 1936. He received a B.A. in English and Spanish from Randolph-Macon in 1959. Although he had wanted to be a cartoonist, he abandoned that goal for a love of literature and a desire to teach. He pursued his M.A. and Ph.D. in English and American Literature from Vanderbilt University in 1960 and 1964, respectively, and went on to a distinguished teaching and research career at Vanderbilt University, Michigan State University, Virginia Commonwealth University and Clemson University. It was at Michigan State in 1968 that he offered the first accredited course on American humor, introducing comic strips to the classroom and essentially opened a new field of academic study. He moved to Virginia Commonwealth University shortly after it was founded and chaired the English department. Over the years, Inge donated his research materials, books and original comic art to the VCU libraries, where a special collection has been established in his name.

In 1984, Randolph-Macon's 13th president, Dr. Ladell Payne, recruited Inge, a fellow Faulkner scholar, back to his alma mater. Dr. Inge joined the Randolph-Macon faculty as the Robert Emory Blackwell Professor of the Humanities. President Payne once said he considered his naming of Tom Inge to the Blackwell Chair "the most significant academic contribution to R-MC [he] made during [his] tenure here as President."

Over more than 35 years at Randolph-Macon, Dr. Inge taught popular courses across a broad range of fields including American Studies, interdisciplinary humanities, Asian literature, Southern literature and culture, American humor and satire and film. He also continued his prolific research and writing; he authored or edited more than 60 books, including Charles M. Schulz: Conversations, a collection of interviews with the creator of Peanuts, the first in a series of such collections. Dr. Inge was the author of a critical study of the poet, Donald Davidson and the complete work in two volumes of the Tennessee humorist George Washington Harris. His textbooks have been taught in universities throughout the United States, South America and Europe. Dr. Inge was the editor of three scholarly journals and a consulting editor for several trade and university presses. His three volume Handbook of American Popular Culture was cited by the American Culture Association as an outstanding reference in 1979 and was issued in a revised and expanded edition in 1989. In 1988, Dr. Inge wrote Naming the Rose: Essays on Eco's "The Name of the Rose," with a foreword by Umberto Eco.

Dr. Inge was a pioneer in comics scholarship. His book Comics as Culture was a groundbreaking exploration of the history and development of American comic art. In 1990, he wrote the acclaimed essay "Was Krazy Kat Black, The Racial Identity of George Herriman," which has completely transformed the study of George Herriman's work in the years since. He also edited two books by African American cartoonist, Oliver W. Harrington: Why I Left America and Other Essays and Dark Laughter: The Satiric Art of Oliver W. Harrington. Dr. Inge was also a William Faulkner and a Mark Twain scholar. He wrote: William Faulkner: Overlook Illustrated Lives and edited Conversations with William Faulkner, edited Huck Finn Among the Critics and coedited Mark Twain: The Contemporary Reviews.

Professor Inge had an expansive worldview and served as a veteran Fulbright senior lecturer. He taught at the University of Salamanca in Spain and at three institutions in Buenos Aires, Argentina. On his third Fulbright appointment in 1979, he offered courses on American humor and literary regionalism at Moscow State University in the Soviet Union and on his fourth Fulbright lectureship, taught at Charles University in Prague. He was also a resident scholar with the U.S. Information Agency and consulted and lectured abroad in 18 countries. He shared this passion with Randolph-Macon students by leading travel-study courses to the Soviet Union and China. At the invitation of the Gorky Institute, Dr. Inge returned to the Soviet Union to participate in conferences on Sholokhov and Faulkner and the works of Eldora Welty. Later, he also lectured in Poland, Austria, Hungary, Romania, Finland, Denmark, England, Germany, the Netherlands and the Czech Republic.

"While Professor Inge studied humor as an academic pursuit, he also saw it as a means of connecting with and bringing joy to other people," remembered Randolph-Macon President, Robert R. Lindgren. "As a proud alumnus, Tom cared deeply about Randolph-Macon and made a point to attend campus events and to support his colleagues and his legions of students. This consummate gentleman and scholar will be profoundly missed by students, faculty, staff and alumni alike."

Dr. Inge had planned to retire from teaching this spring and planned to remain on campus for at least another two years doing research. He was deeply devoted to his wife, Donaria; and his family. He leaves a son, Scott Thomas Inge (Claudia); a stepson, Michael Bond (Angie); and two granddaughters, Meredith Brooke Inge and Emma Grace Bond.
Published by Richmond Times-Dispatch on Oct. 24, 2021.
To plant trees in memory, please visit the Sympathy Store.
MEMORIAL EVENTS
To offer your sympathy during this difficult time, you can now have memorial trees planted in a National Forest in memory of your loved one.
MAKE A DONATION
MEMORIES & CONDOLENCES
4 Entries
I went to John Marshall High School with Tommy. He was a good friend and always had a smile. My sympathy to his family.
Barbara Cliborne Overbagh
School
November 4, 2021
His empathy, compassion, and respect for everyone he met, endeared him to so many. He is remembered with fondness and a smile.
Brenda
Friend
November 4, 2021
I sat in the back of Prof. Inge´s class, so he´d never have remembered me, but I so fondly remember him, eventually becoming an English Prof, teaching the usual+ American humor, Folklore and was my department´s cartoonist.
St George Tucker Arnold
October 26, 2021
I share your grief. Dr. Inge was a dear friend and a respected colleague who helped to promote my own career in varied ways. I join you and hundreds of others who celebrate the remarkable career of this unmatched scholar.
Daryl Cumber Dance
October 24, 2021
Showing 1 - 4 of 4 results