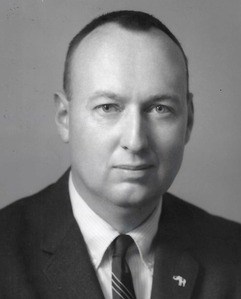 He is survived by his wife, Jacqueline (Jackie) Atwell Underwood. He was the son of Malcolm Stanley Underwood and Ruby Newton Underwood. Malcolm and his sister, Ruth were raised by Carl C. and Ruth Newton Cheatham of Lynchburg, Va., after his mother's death in 1936.

In addition, he is survived by three children, Carl Clifford Underwood of Stuarts Draft, Va., Malcolm S. Underwood III (Chip) of Richmond, Va. and Elizabeth U. Bowman of Afton, Va.; 13 grandchildren and 10 great-grandchildren. He was preceded in death by his parents, his foster parents; sister, Ruth U. Hogan; daughter, Kathy U. Russell; and daughter-in-law, Deb Underwood.

Malcolm graduated from the University of Virginia in 1951 and from its law school in 1959. At the University, he was editor–in-chief of "Cork and Curls," the college yearbook, and was a member of KAPPA ALPHA ORDER.

Upon graduating from law school, he worked for State Planters (now SunTrust) for 27 years, retiring as Senior Vice President, and then returned to Lynchburg, Va., as First Vice President and marketing manager, investment services for Sovran Bank (now Bank of America), retiring in 1997.

Malcolm was member of Rotary International for 36 years and a Paul Harris Fellow. He served as a board member of the VSAF (now Virginia Athletics Foundation), 1984 to '89; Military Aid to the Governor of Virginia and Vice-Chair of the First District Republican Committee.

In 2010, he received his 50 year certificate from the Virginia Bar Association.

A memorial service and Celebration of Life will be held Friday, August 6, at 4 p.m. at Valley Baptist Church, 26 Sunny Slope Lane, Stuarts Draft, Va.
Published by Richmond Times-Dispatch on Jul. 25, 2021.
To plant trees in memory, please visit the Sympathy Store.
MEMORIAL EVENTS
Aug
6
Memorial service
4:00p.m.
Valley Baptist Church
26 Sunny Slope Lane, Stuarts Draft, VA
Funeral services provided by:
Charlton & Groome Funeral Home & Crematory Inc
MAKE A DONATION
MEMORIES & CONDOLENCES
Sponsored by Charlton & Groome Funeral Home & Crematory Inc.
1 Entry
While I was so very sad to learn of Malcolm´ s passing, from this realm, to the Heavenly place, I was overwhelmed with happiness to read of the many, many accomplishments, gathered and documented in this tribute of an obituary. I was a young person, not long out of high school when I first met Malcom at UVB in Newport News. He was running the Trust Department. He was bigger than life and had such a fun but wicked sense of humor. Every interaction left me smiling and chucking out loud at his comments, stories, and jokes. In fact, I am thinking of one as I write this and laughing to myself. Everyone at that place of work was a character and made those memories cherished treasures for me. How very much, I can only imagine, such a family force, such as Malcom will be missed but Malcolm `s life stood for so much good and his values were like iron. He lived them every day, they were his anchors. May a choir of angels sing him to his rest and may he be in Heaven reuniting with the legions of folks who have gone before and will be there to greet and embrace him. Sail on Malcolm! Prayers for the family and his many friends, Bonnie Bridger Mittelmaier
Bonnie Bridger Mittelmaier
Work
July 26, 2021
Showing 1 - 1 of 1 results