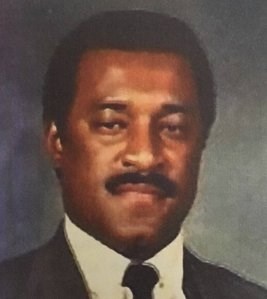 BORN
1954
DIED
2021
JENKINS, Mario C., 66, of Goochland, Va., was called to be with his Heavenly Father on Sunday, January 3, 2021. He was born February 21, 1954. He was preceded in death by his father, Carroll Jenkins Sr.; mother, Mary Thornton-Jenkins; and brothers, Lawrence and Carroll Jenkins Jr. Mario graduated from Lancaster High School, Kilmarnock, Va., in 1973 and later attended Virginia State University in Petersburg, Va. He graduated in June 1978, with a Bachelor of Science degree in Business Administration. From December 1984 until February 1986, he served as a member of the Virginia Air National Guard, Sandston, Virginia Unit, as an Avionics Specialist. Prior to his death, he was self-employed as a subcontractor for LogistiCare, LLC, as an owner-operator driver who transported disabled individuals and Medicare recipients to medical appointments throughout the State of Virginia. While attending Virginia State University, he joined and remained a proud member of the Moddis Phi Moddis Fraternity until the time of his passing. He was a lifelong member of the Richmond, Va. Chapter of Majestic Lodge #263. He leaves to cherish his memory a devoted brother, Linwood Jenkins of Rockledge, Fla.; devoted friend, Yvette Salih of Richmond, Va.; nieces, Pamela, Karen and Kathy of Richmond, Va.; nephews, Frederick DeWorker-Eley of Austin, Texas, Lawrence Jr. of Goochland, Va. and Kevin and Jerome Robinson of Richmond, Va.; aunt, Lillie Thornton of Goochland, Va.; devoted sister-in-law, Jearline Jenkins of Goochland, Va.; and a host of great-nieces, great-nephews, devoted cousins, other relatives and friends. In lieu of flowers, Linwood asks that donations be made to Antioch Baptist Church, 4712 River Road West, Goochland, Va. 23063 in Mario's memory. A private graveside service is planned for a later date. Arrangements by Robert Mealy Funeral Home, Goochland, Va.
To plant trees in memory, please visit our Sympathy Store.
Published by Richmond Times-Dispatch on Jan. 10, 2021.
MEMORIAL EVENTS
No memorial events are currently scheduled.
To offer your sympathy during this difficult time, you can now have memorial trees planted in a National Forest in memory of your loved one.
Funeral services provided by:
Robert Mealy Funeral Home
GUEST BOOK
9 Entries
God will go before you walk beside you stand behind you. I am with you ALWAYS .
Sarita Daniels
January 15, 2021
Please accept my condolences for your loss. I remember Mario from Goochland high school.
Stacey Baylor Brown
January 13, 2021
Mario - A `quiet angel´ who showed much compassion, and laughter where needed.My greatest memory is When searching for my birth family, Mario was instrumental in securing a phone number as the final step to end a thirty-year search! I salute you for being sentimental enough to save, document, and mail the champagne bottle used for celebration with your family on May 10, 1993....marking the day I found my birth family! I still have, and cherish that artifact. Overall, I am forever grateful to have met Mario , his brothers Linwood and Carroll, and their mother, Mary..the mighty Jenkins Family for whom have blessed me in significant moments of my life ! Blessings to all for bright days and sunshine to come.
PJ
January 12, 2021
Condolences to Mario´s family and friends. Mario was a coworker years ago, the past 10 years we became friends. He, Russell and I lunched together a couple of times a month. He would ask "Where to fellows". He was a great person, a wonderful friend with deep spiritual insight. Next lunch- Heaven. Save our seats. Rik
Rik Bell
January 10, 2021
I worked with Mario at Signet/Capital One years ago. I'm so sorry to hear of his passing. He was a really nice person and I'm glad I knew him. My prayers are with his family and friends at this time.
Sharon Turner
January 10, 2021
Condolences to the family of our Moddis Phi Moddis Fratorority brother. His smile and spirit lives with us forever. May God´s comfort be with you! Peace!
Rhonda & Romeo Lambert
January 10, 2021
R.I.P my brother NIC NIC
GWEN Ricks-Haskett
January 10, 2021
May God bless the family and give them strength in the passing of my cousin
Calvin Morman
January 10, 2021
To: The Jenkins and Thornton Families. "Blessed are those who mourn, for they shall be comforted." Matthew 5:4 Although it´s difficult today to see beyond the sorrow, may you find comfort in knowing that you are not alone. Our thoughts and prayers are with you. We pray that God will continue to strengthen and keep you in this hour of bereavement.
Connie Christian Mormon & Family
January 10, 2021