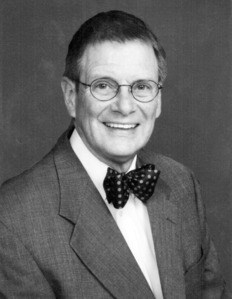 BORN
1945
DIED
2021
FUNERAL HOME
Bliley's Funeral Homes Central Chapel
3801 Augusta Ave
Richmond, VA
RIGSBY, Michael Lewis, Sr., 75, passed away peacefully on June 13, 2021, surrounded by his devoted family. Michael was a lifelong resident of Richmond and a southern gentleman of the first order—always polite, patient, considerate and sincere. He conducted his entire life with integrity and good humor. He was kind to all whose path he crossed. He enjoyed engaging in pleasantries with everyone and he loved to wave or tip his hat to passersby. The ultimate compliment came recently from his infusion nurses when they designated him the "gold standard of patients." His deep love for his family and his steadfast support of his friends and colleagues will be sorely missed but never forgotten.

Michael was born in Richmond on August 2, 1945, to Lewis B. Rigsby Jr. (deceased) and Virginia Myers Rigsby. He was the older brother to Carol Ann Rigsby Wall and Steven Paul Rigsby Sr., both of whom predeceased him. He was a graduate of St. Paul's Catholic School (1958), John Marshall High School (1963), Virginia Polytechnic Institute and State University (1967) and the University of Richmond School of Law (1969).

He intended to be an engineer following college, but his father-in-law and mentor, Alden Flory, persuaded him to give "the law" a try. It was a natural match, given Michael's analytical mind and persuasive way with words. He was a faithful and able member of the Va. State Bar for 50 years and the D.C. Bar for 30 years. His court appearances, in both Federal and State courts, were always dignified and persuasive and most often included a colorful bow tie—self tied of course!

He began his legal career first as Transportation Counsel, then as Commerce Counsel, for the Va. State Corporation Commission. In 1978, he became Bar Counsel for the Va. State Bar and served in that capacity for 20 years. He retired from government service in 1998 and entered private law practice, first with Midkiff Muncie and Ross and then with Carrell Rice and Rigsby. He established his own law firm in 2010 and retired from the practice of law in 2019. For many years while in government and private practice, he served as an adjunct law professor for the University of Richmond Law School.

In 2010, Michael was selected as a Fellow of the Virginia Law Foundation, which honors those lawyers and judges who demonstrate the highest standards of integrity and character and are deemed to be outstanding in their profession and in their community. He was a member and past president of the National Association of Bar Counsel and a member of the John Marshall Inns of Court and the Virginia Bar Association.

Michael excelled in researching and sampling scotch whiskeys, and he had ample opportunity to enjoy his hobby when he and his son took a whiskey tour in Scotland in 2016. He relished the companionship of his 10-member father-son fishing group, the Buzzards and Turks, who spent many years enjoying the frustrations and fantasies of Virginia streams. Michael also enjoyed cars: watching auctions of vintage cars and shopping for new cars with his daughter. And he always had a creative home project underway—landscaping, carpentry or stone masonry.

Michael and Linda were avid travelers, visiting more than 57 countries and renting vacation homes with lawyer friends in Scotland, Ireland, England, Italy and the California wine country. They treasured travels to France and Italy with his fishing buddies and their wives, and they enjoyed ocean cruises to South and Central America, Asia, the Caribbean, Alaska, Europe, Africa and, of course, a Disney cruise with Devyn and Kristen. A travel highlight was the family celebration of Michael and Linda's 50th wedding anniversary in London, England in 2013. For each trip, Michael researched the localities and ports of call and shared with his friends and companions the details of local history and folklore.

His greatest joy came from serving as patriarch of his devoted family—entertaining them for holiday lunches in the presence of a relaxing fire; throwing milestone birthday parties; enjoying fishing with his son; engaging in lively literary, religious and political discussions with his daughter while they attended the Chautauqua Institute annually; and sharing his granddaughters' accomplishments throughout their youth and college years.

Michael lived and cherished his Catholic faith his entire life. He was a member of St. Bridget Church from 1967 to his passing. He volunteered his time to his church as a member of the Finance Council, as a Lector and as a volunteer for many fundraising and building projects while his children attended St. Bridget School.

Visitation will be 5 to 7 p.m. Monday, June 28 at Bliley's-Central, 3801 Augusta Ave. A Mass of Christian Burial will be held 10 a.m. Tuesday, June 29 at St. Bridget Catholic Church, 6006 Three Chopt Road. Inurnment will be private at the Cannon Memorial Chapel Columbarium at the University of Richmond.

In lieu of flowers, please consider a contribution to the Bon Secours Hospice, mailed to Bon Secours Richmond Health Care Foundation, 5008 Monument Avenue, Richmond, Va. 23230, to help provide compassionate and palliative care to families and patients with limited resources.
To plant trees in memory, please visit our Sympathy Store.
Published by Richmond Times-Dispatch on Jun. 20, 2021.
MEMORIAL EVENTS
Jun
28
Visitation
5:00p.m.
Bliley's Funeral Homes Central Chapel
3801 Augusta Ave, Richmond, VA
Jun
29
Mass of Christian Burial
10:00a.m.
St. Bridget Catholic Church
6006 Three Chopt Road, VA
Funeral services provided by:
Bliley's Funeral Homes Central Chapel
MAKE A DONATION
MEMORIES & CONDOLENCES
Sponsored by Bliley's Funeral Homes Central Chapel.
4 Entries
Linda - Very sorry for your loss. Sincere condolences to you and your family. Prayers to you.
Kevin Muldowney
June 22, 2021
Linda-I am so terribly sorry to learn of your loss. I am prayerfully thankful for all the fabulous memories you two built over your long marriage and trust that you will be able to draw on those memories to comfort you in the days ahead. Sending so much love-Ellen
Ellen Vance
June 21, 2021
Linda, So sorry to learn of Michael's passing. May God bless and sustain you through the difficult days ahead.
Gladys Bailey Harris
Work
June 20, 2021
Linda and Family, you and the community have lost a most amazing man. He was the epitome of a truly refined Southern gentleman. The two of you together were truly amazing. Love to you.
Theresa and Brad Anderson
June 20, 2021
Showing 1 - 4 of 4 results