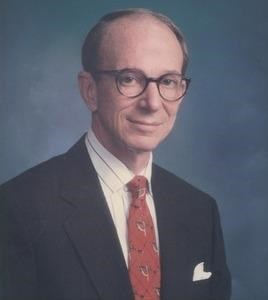 BORN
1934
DIED
2021
FUNERAL HOME
Bliley's Funeral Homes Central Chapel
3801 Augusta Ave
Richmond, VA
BREDRUP, O. Christian, Jr., Born on December 7, 1934, died on October 19, 2021; he was the luckiest of men. He was the only son of Ethel Birdsong and Christian Bredrup. His birth coincided with the lowest point in the Great Depression, thereby assuring his generation of being in short supply due to the low birth rate that year. His youth after WWII provided him the opportunity of profiting mightily from this coincidence, with the help of many people along the way. His mother was astounded one day, when at age five he played a simple tune on the piano which was popular at the time, thereby convincing her to do everything in her power to obtain piano lessons for him. She was what today would be called a "tiger mom." This she did, and he received free lessons from a variety of teachers until at last, he encountered his great friend, mentor and booster, Florence Robertson (later Givens). She was almost single-handedly responsible for obtaining scholarships for him to Hampden-Sydney College and later, to the Medical College of Virginia. The piano was a constant pleasure to him for the rest of his life.

After training in New York City, he was lucky to have chosen Radiology as his specialty because a hearing impairment prevented his hearing heart sounds through a stethoscope. What was done as a compromise turned out to be a perfect choice; Radiology grew into a challenging and ever-expanding field of medicine.

Then the luckiest thing of all, his marriage to Elizabeth Ashby Moncure, through which he inherited the large and loving family which he lacked, being an only child of elderly parents. His mother-in-law, Helen Poor Moncure, a native of New York City, introduced him to the many pleasures of life there, which he could never have afforded except for her numerous visits during the early years of his marriage. During that time, his wife, Betsy, worked at the Museum of Modern Art and supported him financially for four years while he completed training at Columbia-Presbyterian Hospital. His father-in-law, Jewett P. Moncure, was the most charming of men and perhaps the greatest raconteur of his generation. Betsy was a source of unconditional love and support, more than he deserved. She also was responsible for his becoming acquainted with the great artists of the world, although he would never approach her encyclopedic knowledge of Art History. His beloved only son, Turner and his wonderful wife, Kit and his two grandsons, Turner and Fisher, provided limitless good times and wonderful memories.

And so, his life ended with a profound appreciation of the great good fortune he experienced. He died considering himself the luckiest man alive. If you like music and a celebration of life well-lived, please come to his funeral at 2 p.m. on Thursday, October 28 at St. James's Episcopal Church, 1205 W. Franklin Street.

In the event that anyone would like to make a memorial contribution, please consider the following: The Richmond Symphony, St. James's Episcopal Church or Hampden-Sydney College.
Published by Richmond Times-Dispatch from Oct. 23 to Oct. 25, 2021.
To plant trees in memory, please visit the Sympathy Store.
MEMORIAL EVENTS
Oct
28
Funeral
2:00p.m.
St. James's Episcopal Church
1205 W. Franklin Street, VA
Funeral services provided by:
Bliley's Funeral Homes Central Chapel
MAKE A DONATION
MEMORIES & CONDOLENCES
Sponsored by Bliley's Funeral Homes Central Chapel.
2 Entries
Not only lucky but a most gracious and gentleman. I will miss hearing him play, talk, remenice and see him together with his love Betsy
Elisabeth evans
November 8, 2021
My sincere condolences to the family. My mom, Pinkie Taylor (Mrs. Paul Taylor) and Ethel were the closest of friends. We had a party line, back in the 40's and my mom and Ethel would talk for hours. We went to First Baptist Church and took the streetcar from Highland Pk. We visited them many times at 2929 Park Ave. when I wad young. Wonderful family. So sorry for your loss. May God bless
James D. Taylor
October 23, 2021
Showing 1 - 2 of 2 results