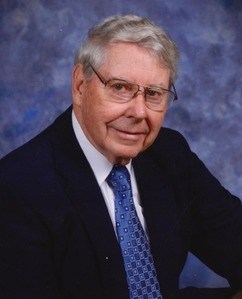 BORN
1933
DIED
2021
FUNERAL HOME
Joseph B. McMillian Funeral Home - Blackstone
1826 Cox Road
Blackstone, VA 23824
ADAMS, Raymond Lynwood, beloved husband and father, grandfather, great-grandfather, brother, uncle, cousin, nephew and friend to all was taken from this earth to the Eternal Arms of Jesus, his Savior, January 20, 2021. Born in Nottoway County, Va., on March 13, 1933, he was the son of the late James Andrew and Gracie Wells Adams. He was predeceased by his adoring wife of 53 years, Kathryne Tompkins Adams, "my Kathryne."

Raymond deeply loved and never left Nottoway County except for two years of active service in the United States Army. A proud 1950 graduate of Blackstone High School, he furthered his education studying auto mechanics at Danville Technical Institute graduating in 1952. Drafted in 1956, he trained at Ft. Jackson, S.C. and Ft. Gordon, Ga., finishing his service in the Signal Corps at the Pentagon. After four more years in the Army Reserve and achieving the rank of sergeant, he received an honorable discharge from the Army in 1962. His deep love for his country and his respect for the military was evident to all.

Following Army service, Raymond returned to his hometown and worked for Blackstone Guano Company for several years before joining Epes Transport Systems, Inc., as a bookkeeper in 1962. He devoted the next 27 years to Epes and served the company with loyalty and distinction. He was promoted to Comptroller, became a member of the Board of Directors and was President of the company from 1981 to 1988. Later, Raymond co-owned and co-managed Blackstone Hardware for many years and finished his "career" at Bevell's Hardware at the age of 87. He loved and admired hard work.

Raymond served the church of his youth, Crenshaw UMC for over 75 years—as Sunday school teacher, member of the Administrative Board and Trustee. The Methodist Men and his Sunday school class were very special to him. He also was a member of the Gideons International and provided wise counsel to his community as a member of the Nottoway County Zoning Board of Appeals and Blackstone Industrial Development Authority for 15 years. He also served on the board of Citizens Bank and Trust Company for 15 years. Raymond's interests and talents spanned the gamut of quail hunting, gardening and horticulture, woodworking, and following baseball and football in encyclopedic detail.

His devotion to his family and His Lord surpassed all other accomplishments. He provided for his daughters' spiritual and academic educations, attended every ballgame and recital, and was always there for his family. He taught his children and grandchildren to pray, to serve, to give and to follow God. His legacy now extends into the fourth generation, and his prayers will be sorely missed. Even in his final days of battling cancer, his voice was heard giving thanks to God for His love and another day. In 1974, Raymond received the Blackstone Jaycees' "Father of the Year" award based on his daughters' letter which read, in closing, "to us, our Dad is Father of the Year every year."

Burial will be private in Lakeview Cemetery, Blackstone, with military honors. A Celebration of Life service will be held on Saturday, January 23, at 3:30 p.m. in the parking lot of Crenshaw UMC with attendees remaining in their vehicles and tuning to FM 106.3. The family will receive visitors following the service on the grounds with health and safety protocols in place. In lieu of flowers, donations may be made to Crenshaw United Methodist Church or the Gideons' International. Arrangements are by Joseph McMillian Funeral Home, 1826 Cox Road, Blackstone, Va. 23824. www.mcmillianfuneralhome.com
To plant trees in memory, please visit our Sympathy Store.
Published by Richmond Times-Dispatch on Jan. 22, 2021.
MEMORIAL EVENTS
Jan
23
Visitation
grounds of Crenshaw UMC
Jan
23
Service
3:30p.m.
the parking lot of Crenshaw UMC
Funeral services provided by:
Joseph B. McMillian Funeral Home - Blackstone
MEMORIES & CONDOLENCES
Sponsored by Joseph B. McMillian Funeral Home - Blackstone.
2 Entries
Hi Kathy. I was sorry to come across this and want to express my sincere condolences to you and your family. I still talk about quail hunting with your father and his dogs whenever that subject comes up. I know he will be missed by all.
Mike Bourne
March 17, 2021
Laura, Todd, and kids, we're so sorry about your loss. What a Christian legacy he left you! I better understand Laura's sweet and loving nature by reading Ray's obit. Praying for a deep peace for you all as you learn to live without your beloved father, father-in-law, and grandfather. Valerie & Garret Holland
Valerie Holland
Friend
January 22, 2021