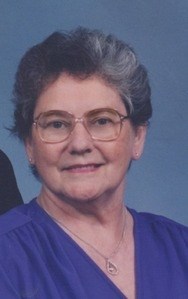 BORN
1929
DIED
2021
FUNERAL HOME
Welch Funeral Home Marks Chapel
10300 Richmond Rd
Warsaw, VA
HAWKS, Reba R., of Richmond, Virginia, formerly of Callao, Virginia, passed away on Tuesday, July 20, 2021. She was born on August 9, 1929 to Aldy and Lilly Shaw in Amelia, Virginia. She was one of four children. In the early years, her parents moved to Montana and homesteaded a parcel of land, on which Reba worked, helping with the milking, farming and homemaking. She had a painting that she did of a small house her father built on the homestead. The family later moved back to Mt. Airy, North Carolina, where she met and married Curtis H. Hawks. They were married for 70 years and had three children: Stephen, Jeanette (deceased) and Kenneth; three grandchildren; and six great-grandchildren. Reba was a stay-at-home, full-time mother and consummate Pastor's wife for over 50 years, as they served five Baptist churches. Their last full-time pastorate before Curtis's retirement was at Bethany Baptist Church in Callao, where they served for almost 30 years and were loved by all who knew them. Reba has lived a life that exemplifies integrity, compassion and her love for family and for many other people whose lives she has touched. After Curtis's retirement from Bethany, he accepted an "interim pastorate" at Currioman Baptist Church in Montross for about 12 years. They then moved to Richmond to be near their family and lived at Park West until Curtis's death in December of 2017. Reba has lived at Chestnut Grove since then. A graveside service will be held at 11 a.m. on Saturday, July 24, 2021, at Bethany Baptist Church with G. C. Harbuck, Kori Kiss and Randy Newsome officiating. A Celebration of Life will be held in the church immediately following the graveside service. The family will receive friends from 5 to 7 p.m. on Friday, July 23, 2021 at the Marks Chapel of Welch Funeral Home. In lieu of flowers, memorial contributions may be made to Samaritans Purse, P. O. Box 3000, Boone, N.C. 28607.
To plant trees in memory, please visit our Sympathy Store.
Published by Richmond Times-Dispatch on Jul. 22, 2021.
MEMORIAL EVENTS
Jul
23
Visitation
5:00p.m. - 7:00p.m.
Marks Chapel of Welch Funeral Home
, VA
Jul
24
Celebration of Life
Bethany Baptist Church
, VA
Jul
24
Graveside service
11:00a.m.
Bethany Baptist Church
, VA
Funeral services provided by:
Welch Funeral Home Marks Chapel
MAKE A DONATION
MEMORIES & CONDOLENCES
Sponsored by Welch Funeral Home Marks Chapel.
0 Entries
Be the first to post a memory or condolences.