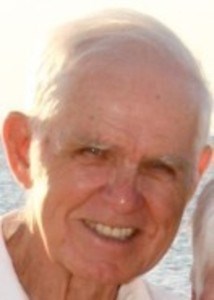 Mr. Reamy was born August 13, 1931, in Alexandria, Virginia and was the son of the late Harvey Dale Reamy and Hazel Ale Reamy.

He served in the U.S. Navy for 20 years on submarines, two of which were the USS Triton and the USS Runner, achieving the rank of Master Chief before retiring in 1969 to Virginia Beach, where he lived and raised his family for 27 years. Later, he moved to Rocky Mount, N.C., where he worked for Consolidated Diesel Company until he retired in 1998. Since 2001, he has been a resident of New Kent, Va.

Some of the things Bob cherished the most were fishing, football and coffee. He was an avid Washington Redskins fan and enjoyed attending many of their games over the years. He spent countless hours in the yard bringing to life the many landscape designs of his talented wife of 61 years, Carol.

He is survived by his wife, Carol Reamy of New Kent; a son, Troy Reamy and wife, Angela, of Midlothian; daughters, Robin Thomas and Karen Reamy of Virginia Beach and Suzanne Reamy of Providence Forge; and five grandchildren.

He is also survived by two brothers, Kenneth Reamy and his wife, Gail, of Irving, Texas and Donald Reamy of Mechanicsville, Va.; and two sisters, Constance Dean and husband, Tom, of Bend, Ore. and Susan Ayub of Rowlett, Texas.

A private family graveside service will be held in the Veteran's Garden at Woodlawn Memorial Gardens in Norfolk, Virginia.

As the Wounded Warrior Project continues to work hard to overcome the past scandal, we ask you to consider a memorial contribution to this organization at 4899 Belfort Road, Suite 300, Jacksonville, Fla. 32256 or on the website: woundedwarriorproject.org. Please visit www.woodlawnnorfolk.com.
To plant trees in memory, please visit our Sympathy Store.
Published by Richmond Times-Dispatch on May 9, 2021.
MEMORIAL EVENTS
No memorial events are currently scheduled.
To offer your sympathy during this difficult time, you can now have memorial trees planted in a National Forest in memory of your loved one.
Funeral services provided by:
Woodlawn Funeral Home and Crematory
MAKE A DONATION
Please consider a donation as requested by the family.
MEMORIES & CONDOLENCES
Sponsored by Woodlawn Funeral Home and Crematory.
3 Entries
Sorry to hear of the passing of Robert. His love for the beauty of God's creation can be seen in his love for landscaping. No doubt, he found much joy and beauty on the beautiful earth designed by our Heavenly Father.
Mark Wilson
Acquaintance
May 10, 2021
Suzanne, please receive our sincere condolences on the loss of your father. May he RIP and may you and your family be comforted.
Bobby and Gail Swineford
May 10, 2021
Carol, Becky and I are truly sorry for your loss. Bob was one of our best friends we´ve known. We remember you and being there for us when we became neighbors in 2005. Our thoughts and prayers go out to you and your family. We will cherish his memory and we love you Carol.
Ben Iniguez
May 9, 2021
Showing 1 - 3 of 3 results