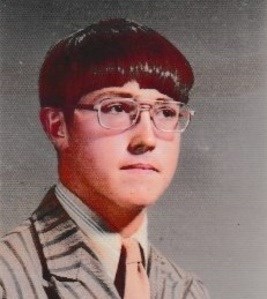 TIGNOR, Roger Carlton, age 64, of Louisa, Va., went to be with the Lord on June 4, 2021. He was born in Richmond, Va. on October 19, 1956 to the late A. Carlton Tignor and Charlotte Holmes Tignor. Roger is survived by his son, Kevin Tyler Tignor; his brother, Michael E. Tignor (Cathy); nieces, Kim Tignor Garrett and Katrina Tignor Covert; and four nephews, Joshua and Jacob Garrett, Mason Sprouse and Brooks Covert. He will be especially missed by his good friend, Ginger Perkins who was very good to him. Roger graduated from Patrick Henry High School in 1974. He was a devoted Christian and often played guitar for friends and churches, including Bethpage and Trinity Baptist in Louisa. Roger was an outstanding guitar player, having played with a number of popular bands around Virginia for many years. He was very good at repairing/restoring small engines. He had a phenomenal memory, and could recall obscure, long-ago facts and events and the exact date they happened! He could tell a story about the most mundane thing and make it interesting and hilarious. Roger's kindness to others and his sweet spirit will be missed by many.
To plant trees in memory, please visit our Sympathy Store.
Published by Richmond Times-Dispatch from Jun. 11 to Jun. 16, 2021.
MEMORIAL EVENTS
No memorial events are currently scheduled.
To offer your sympathy during this difficult time, you can now have memorial trees planted in a National Forest in memory of your loved one.
MEMORIES & CONDOLENCES
2 Entries
I am so sorry to hear of Roger's death. I haven't seen him for over a year because of Covid & the visitation restrictions. I always enjoyed visiting with him & Ginger. He possessed a wealth of knowledge & very talented in music. God give you peace.
June Perkins
Friend
June 12, 2021
Extending my deepest sympathies to Roger's family and especially, his brother Mike and wife Cathy. May God give comfort as only He can while you walk this road of sorrow.
Lori Sherwood
Friend
June 11, 2021