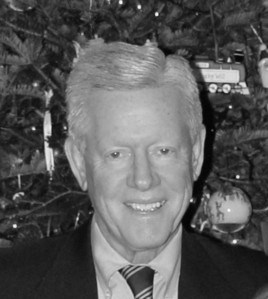 BORN
1941
DIED
December 13, 2020
FUNERAL HOME
Bliley\'s Funeral Homes Central Chapel
3801 Augusta Ave
Richmond, VA 23230
AARONSON, Russell Taylor, Jr., 79, passed away peacefully in Richmond on Sunday, December 13, 2020. We would like to thank the many friends and family who have reached out with their condolences, offers of assistance, stories and memories. Dad was born on July 20, 1941, at Union Memorial Hospital on 33rd Street in Baltimore, Maryland, just down the road from Memorial Stadium, home to his Colts and Orioles. He was preceded in death by his parents, Russell T. Sr. and Dickey Jamison Aaronson. He is survived by his three children, Russell T. Aaronson III (Vaughan), Jennifer Aaronson Hardie (Scott) and Stephanie June Aaronson; his grandchildren, Emily, Anna, Will, Kate, Taylor and Samuel; our mother, Joan Farr Aaronson; his second wife, Betty Aaronson; his sister, Ann Aaronson Bender; and many beloved nieces, nephews, family and friends.

Dad grew up collecting stamps, maps and snakes in Aberdeen, Maryland, where his father spent his career as a civilian employee at the Aberdeen Proving Ground and his mother taught third grade at Aberdeen Elementary School (including Cal and Billy Ripken among her students). Dad attended The Boys Latin School in Baltimore and the University of Maryland in College Park, where he was a member of Phi Sigma Kappa fraternity, played on the varsity golf team and graduated with a degree in Business Administration. Following his early career as an investment broker, including several years in Richmond with Blyth, Eastman Dillon & Co., he soon embraced his entrepreneurial spirit and spent the bulk of his professional career as a real estate developer, primarily in the Washington, D.C. metropolitan area, with numerous side projects in such places as Brussels, Belgium, Deer Valley, Utah, St. Thomas, USVI, Denver, Colorado, Dallas, Texas and Allentown, Pennsylvania. Truly, he was driven by his lifelong pursuit of the next big deal.

Dad was engaging and adventurous. When he wasn't working a deal, filing a rezoning or contending with bankers, Dad loved to attend our, and more recently his grandchildren's, sporting events, recitals and theatrical performances. He pursued many, many hobbies and diversions, including without limitation, golf, travel, running, hiking, cycling, horseback riding, skiing, hunting, birdwatching, attending theater, collecting art, singing at church, listening to Tchaikovsky, relaxing on the beach in Bethany, Rehoboth and Perdido Key and tending to his impressive collection of duck decoys. Dad's greatest passion, however, was his love of sailing with his family on the Chesapeake Bay. We spent many wonderful days on the Bay, in and around Annapolis, Oxford and Tilghman Island aboard Mirrors, Wings and Susquehanna, listening to Willie Nelson's Stardust and looking forward to post-sail cocktails at Marmaduke's or crabcakes at the AYC. He loved his Sperry Topsiders, Chapman's Piloting, the paintings of John M. Barber and nautical charts of the Chesapeake Bay, all of which you could often find him perusing in earnest at Fawcett Boat Supplies. Dad's infectious enthusiasm, even in tough times, was inspiring to all that knew and loved him, and great fun for all those who were along for the ride.

After a private service next spring, we will return him to his beloved Chesapeake Bay. Fair winds and following seas, Dad. We love you and miss you.

We would like to thank the nursing staff at Westminster Canterbury Richmond for the patient and compassionate care they provided Dad in his final years. In lieu of flowers, please consider donations to the Chesapeake Bay Foundation, the Alzheimer's Association, the Westminster Canterbury Foundation, Classical WETA, of which Dad was a loyal listener and member, or any charity or cause about which you may be passionate.
To plant trees in memory, please visit our Sympathy Store.
Published by Richmond Times-Dispatch on Dec. 20, 2020.
MEMORIAL EVENTS
No memorial events are currently scheduled.
To offer your sympathy during this difficult time, you can now have memorial trees planted in a National Forest in memory of your loved one.
Funeral services provided by:
Bliley's Funeral Homes Central Chapel
MAKE A DONATION
Please consider a donation as requested by the family.
MEMORIES & CONDOLENCES
Sponsored by Bliley's Funeral Homes Central Chapel.
4 Entries
Russ was the epitome of a good time! Always up for an adventure! Always puts a smile on my face to remember the fun growing up! XO Michaelyn
Michaelyn McMahon Woofter
Friend
December 23, 2020
We are so saddened to hear of Russ’s passing. He was a truly vibrant person and leave so many special memories. Our hearts go out to your family. Much love. Valerie Brown and Lloyd Goldenberg
Valerie Brown
Friend
December 22, 2020
My deepest sympathy to the Aaronson Family. I am also a Boys' Latin School grad (72).
Jack Grace
December 21, 2020 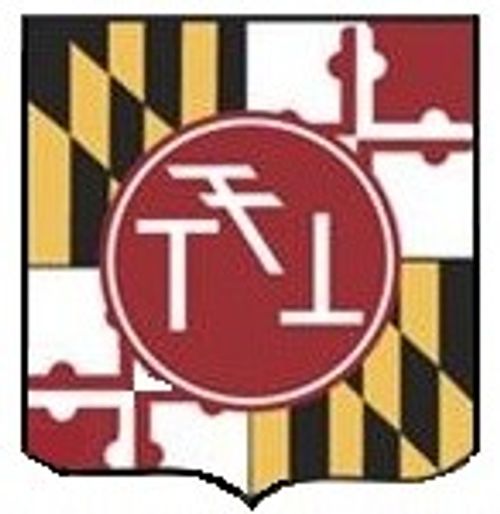 It is with great sadness that we have learned of the passing of our Brother, Russell Taylor Aaronson, Jr. We wish for him everlasting life and well-deserved peace as a member of the Chapter Eternal of Phi Sigma Kappa Fraternity.

On behalf of the Eta Chapter, I offer both sympathy and condolences to the Aaronson Family, and express the fervent hope of all our alumni that your thoughts will soon turn towards memories of happier times.