SEITZ. My beloved husband, Timothy Raymond Seitz, went home to be with the Lord on December 1, 2012. Tim was born on November 10, 1967 at Fort Benning, Ga. He is survived by his beloved wife, Wendy Beth; and their three children, Kaleigh (12), Jason (9) and Gabrielle (7); his parents, Sid and Mary Kay Seitz of Kirkland, Wash.; his sister, Tiffany Hawkins (Cary) of Edmond, Okla.; and a host of many relatives. Tim graduated from Juanita High School in Kirkland, Wash., in 1985. He graduated from West Point, USMA class of 1989. He served in the U.S. Army Infantry at Fort Lewis, Wash., and many other duty stations including South Korea until 1996. He received his MBA from Harvard Business School in 1998. Tim was a teacher and deacon at his church, Three Chopt Road Church of Christ. He was a consultant for McKinsey & Company (OHIO) and Capital One in Virginia. He was currently a partner at RVA Media Group in Richmond. His interests include racquetball, squash, chess, board gaming, cycling, MMA and being with his family. His remains rest at the Bliley's-Staples Mill, 8510 Staples Mill, where the family will receive friends on Thursday, December 6 from 5 to 8 p.m. A Celebration of Tim's Life will be held on Friday December 7, at 10 a.m. at Three Chopt Rd. Church of Christ at 9500 Three Chopt Rd. Interment will be at Virginia Veterans Cemetery in Amelia at 2 p.m. In lieu of flowers, the family would greatly appreciate donations to be made specifically to the "Tim Seitz Memorial Fund" at any branch of Bank of America or via PayPal using [email protected]


This obituary was originally published in the Richmond Times-Dispatch.
To plant trees in memory, please visit our Sympathy Store.
Published by Richmond Times-Dispatch on Dec. 5, 2012.
MEMORIAL EVENTS
No memorial events are currently scheduled.
To offer your sympathy during this difficult time, you can now have memorial trees planted in a National Forest in memory of your loved one.
Funeral services provided by:
Bliley's Funeral Homes
GUEST BOOK
17 Entries
Tomorrow is December 1, a year since you've been gone Tim........ you would be so proud of your family!

All the best to Wendy and the kids as you continue to move forward making new lives for yourselves, but never forgetting your Tim! Love, the Sutters
Richard & Linda Sutter
November 30, 2013
I'm so sorry for your loss. I played "A few Acres of Snow"(board game) with Tim online. I found him to be the toughest of opponents and a consummate gentleman. The prayers of the Birckhead family are with you.
December 12, 2012
So sorry to hear of Tim's passing.! I worked with him for a short while at Captal One. As a Navy guy, we always had fun around the Army Navy game. Tim was always a bright spot in the office and helping us have a good time!
John Heyel
December 11, 2012
Wendy, my dear sister and friend, I am lifting your name up in prayer. I take comfort in knowing that Tim was a servant of God. You are right when you said that Tim has won this game...the game of life...His memory will live on. You have so many loving people looking out for you and my neices and nephew. It makes me proud to know that I have a sister who everyone is fighting to be the ones to help. I am here for you...day or night...I am a short phone call or facetime away. I love you.
December 10, 2012
Rest now Tim. I know that your work as a Christian father continues to shine in your children. I know Wendy will miss you. God Bless
Laurie (Benassi) Marcus
December 8, 2012
Wendy, We are so sorry to hear of Tim's passing! You are in our prayers! Dick and Becky Kearns
Becky Kearns
December 7, 2012
I will see you again , my brother Tim. But for now, I will miss you.
Steve Novak
December 7, 2012
I worked with Tim at Robinson Radio. My heart broke for your family when I heard the tragic news. Tim obviously loved his kids and wife very much, as he talked about them constantly. He especially talked about how proud he was of each of his kids. He often talked about family "game nights" and how smart Kaleigh, Jason and Gabbie were. A trait he gave Wendy all the credit for.

I'm so sorry for your loss and am praying for your family.
Lauren Shaver
December 6, 2012
I'm very sorry to hear of Tim's passing and would like to extend my deepest sympathies to his young family. While I don't think I've seen him since West Point, when we scattered to the four winds chasing dreams and starting families, distant memories return with smiles as I take time to remember Tim.
Rich McCauley
December 6, 2012
My family's thoughts and prayers are with Wendy, Kaleigh, Jason and Gabbie. Tim, I will miss playing Glory to Rome and Agricola until 3am and still having time to chat afterwards. Your enthusiasm for EVERYTHING in life was infectious. What a blessing. You will be sorely missed and never replaced. Glory to God for the gifts that He gave us through you.

Love,
Rob
Rob White
December 6, 2012
Wendy & family,
Please know that our prayers are with you during this difficult time. We pray you are able to hear God guiding you through your grief, and we know He will provide more than you can ever imagine!
Michelle Davis
December 6, 2012 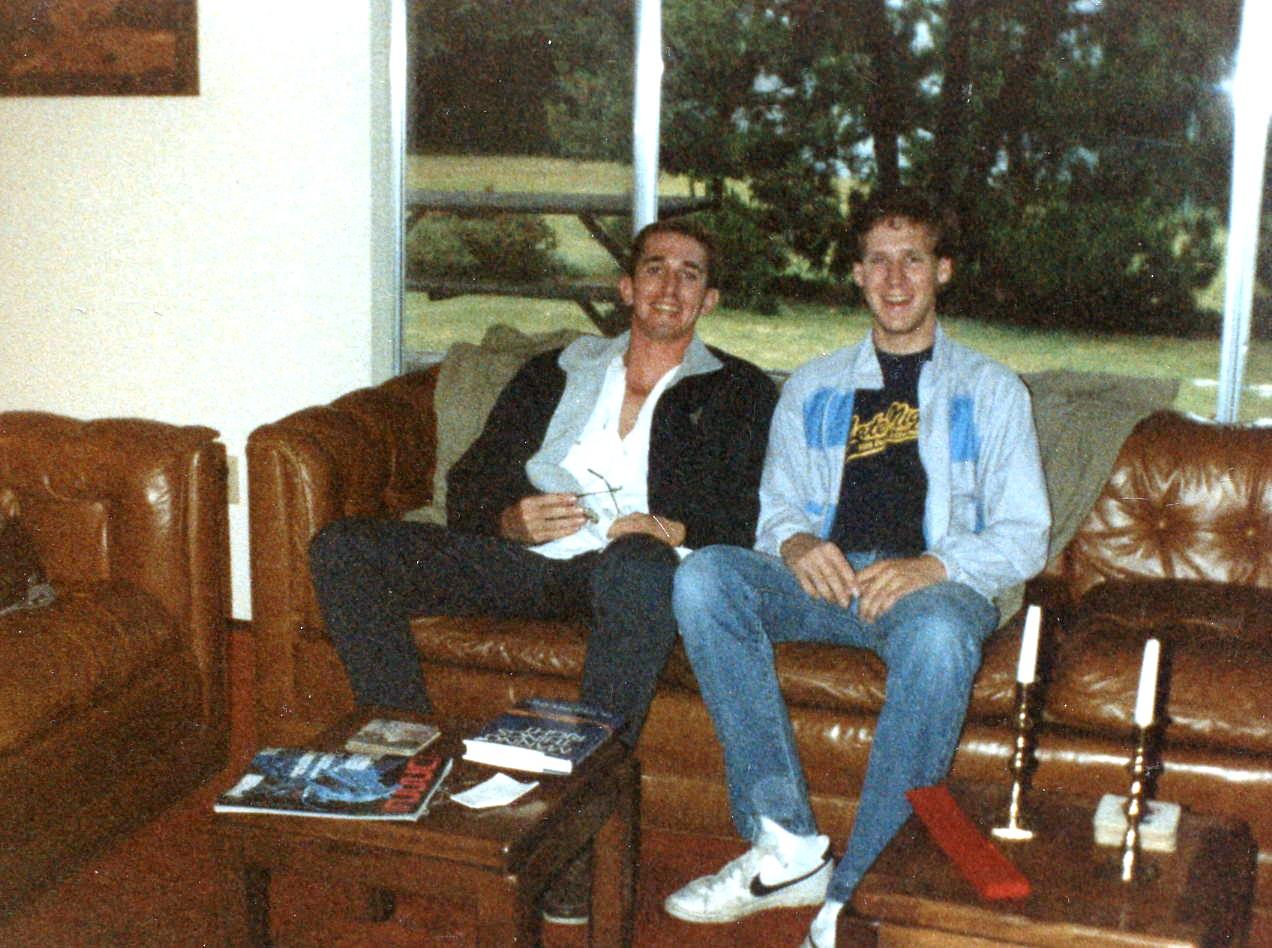 You were like a son to me, Tim. I will miss you more than I can say but I know we will meet again and I am thankful for that. God bless you, Tim 2. Vonda Fletcher (Mother of Tim I) --- such good memories I have of the times we shared. So thankful God let you be a part of my life.
Vonda Fletcher
December 5, 2012
I'm a West Point classmate and friend of Tim's. Words are inadequate, but I am so very sorry for your loss.
Dave Harris
December 5, 2012
I knew Tim only from board game community sites, but he left behind a legacy of dignity and class. As someone who grew up in the same time frame in Kirkland, WA, I wish we'd been able to cross paths at some point.

Whatever the reason that God does what He does, it's beyond my mortal understanding. I am encouraged that Tim is with Jesus, and I will pray daily for your strength and peace through the coming months.
Tim Royal
December 5, 2012
It doesn't seem to matter that we've only know Tim for such a short time..... We love you Wendy and family and we will be there for you all the way! All our love, Richard and Linda Sutter
Linda Sutter
December 5, 2012
Mrs. Seitz, Kaleigh, Jason and Gabrielle, I extend my deepest sympathy to your family during this time.

Anne Mason from Short Pump Middle School.
Anne Mason
December 5, 2012
As a classmate, fellow rifle platoon leader and friend of Tim's, I was always inpressed with everything Tim did and his high standard of accomplishment. My deepest sympathy goes out to Wendy Beth during her time of grief and to Kaleigh, Jason and Gabrielle, please know your father was a great blend of intelligence, standards and humor and he will be missed well beyond your family. For Tim: Well Done, Be Thou at Peace.
David Dinger
December 5, 2012