BROOME, Troy Rhoads, 56, of Richmond went to be with the Lord on Friday, August 17, 2012. He is survived by his beloved wife of 14 years, Sandra Broome; son, Brandon Nordin of Henrico; brother, Stephen Drummond of Santa Clara, Calif.; and his favorite cats, Barney and Thelma Lou. He was preceded in death by his parents, John Broome of Washington D.C. and Faith Weare of Chico, Calif.; and pet cat, Zathera. Troy served in the U.S. Army during the Vietnam era. He was an accomplished musician. He played several instruments and was member of the Austin Armadillo's, as well as other local bands. He worked for Memory Lane Records as an electronic technician. He was known for his motto "Keys To Please." The family will receive friends 5 to 6 p.m. Monday, August 20, 2012 at Morrissett Funeral & Cremation Service, 6500 Iron Bridge Road (Rte. 10). His celebration of life memorial service will follow at 6 p.m. Interment is private.


This obituary was originally published in the Richmond Times-Dispatch.

To plant trees in memory, please visit our Sympathy Store.
Published by Richmond Times-Dispatch on Aug. 19, 2012.
MEMORIAL EVENTS
No memorial events are currently scheduled.
To offer your sympathy during this difficult time, you can now have memorial trees planted in a National Forest in memory of your loved one.
Funeral services provided by:
Morrissett Funeral and Cremation Service
GUEST BOOK
10 Entries
My deepest condolences.
Stephen
April 8, 2013
So sorry to hear of Troy's passing. My prayers are with his family & friends. He was a very intelligent man with so many talents. I loved his piano playing! He will be missed! Remember that you will see him again!
Lisa Brooks Rick
August 31, 2012 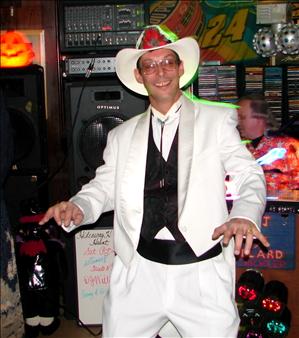 I shall miss you Troy. You had a special way of making people smile. Your music touched so many and the joy that you brought to the infirm, the elderly, and so many others will live forever. Thank you for sharing yourself with us.
Gerry Roppe
August 21, 2012
You are in my thoughts and prayers Sandy.
Donna Abbott
August 21, 2012
Sandy, our thoughts and prayers are with you in this time of sorrow.
Antonia Johnson
August 20, 2012
We will be thinking of the family at this time with prayers, friends of Troy from Cory Corner... Slick & Barbara Jensen
August 19, 2012
Will always remember you, Troy. You never met a song you couldn't play, or a person you didn't help in some way. I've lost a good friend, will miss those calls and visits.
Sandy, may God be with you and Brandon.
Walter Smith
August 19, 2012
We all are so thankful to have known Troy. In the last 30 years he has made an impression on my life. Sandy, our thoughts are with you.

Paul Childress
August 19, 2012
You will be missed. Troy was definitely one of a kind. He was a great piano player and I'll remember the times we had together and his music.
Glen Sutphin
August 19, 2012
Offering our deepest condolences during this difficult time.
The Staff of Morrissett Funeral and Cremation Service
August 19, 2012