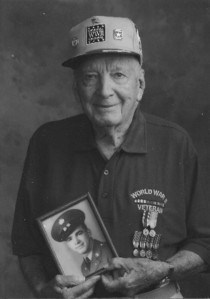 BORN
1922
DIED
2021
FUNERAL HOME
Woody Funeral Home Parham
1771 North Parham Road
Richmond, VA
HAMM, Wilford Perry "Will", 98, of Henrico, Va., passed on September 6, 2021. Born in Huntington, W.Va., November 23, 1922, he was preceded in death by his parents, Claude Edward and Louise Mae Cottingham Hamm; his first wife of 36 years, Doris Jean Stover Hamm; a brother, Edward James Hamm of Proctorville, Ohio; a half-brother, Ernest Williams Hamm of Flemingsburg, Ky.; a niece, Ruth Ann Hamm of Charleston, W.Va.; a nephew, James Richard Hamm of Mesa, Ariz.; and a nephew by marriage, Gary Blaine Stover of Roanoke, Va. He is survived by his second wife of 37 years, Virginia "Rene" Hamm; a son, David Hamm and his wife, Theresa, of Baltimore, Md.; a stepdaughter, Adrienne Acra-Passehl; and a stepson, Robert Acra, both of Richmond, Va.; two granddaughters, Nicole Hamm and Danette Pinnix-Fastner; and a grandson, Steven Pinnix, all three of Baltimore, Md.; a niece by marriage, Donna Wright of Boones Mill, Va.; as well as nine great-grandchildren and two great-great-grandchildren, all of Baltimore, Md. Also surviving Will are Herbert "Herbie" Morris and Charles "Dubby" Morris, both of Hartford, Conn.; and longtime family friends, who also oversaw Will's upbringing along with their mother, Alma Morris (now deceased), after the passing of Will's mother when he was just 13 years old. Will created bedtime stories to tell Herbie and Dubby about fire trucks and monkeys and built a crystal radio set for the two boys.

Will retired as an Equipment Engineer with the C&P Telephone Company of Virginia in September 1982 with 36 years of service. He was a Life Member of the Telephone Pioneers and a member of the Association of Bell System Retirees.

In November 1941, Will enlisted in the Army at Fort Thomas, Ky. His operational specialty was radio communications. During World War II, Will had several assignments in the U.S.A., after which he was assigned to the 70th Division 883rd Field Artillery Battalion. Qualified as Sharpshooter – Carbine rifle, he saw combat in France and Germany. Will served the Battalion Commander as Radio Specialist. After the Germans surrendered, Will transferred to the 74th Signal Company. He was decorated with the European Theater with three Battle Stars, American Campaign, American Defense Service, Good Conduct with Clasp and the WWII Victory medals. Will came home from German Occupation and served as Tech 4 grade until he was Honorably Discharged in January 1946 at Fort Meade, Md. He was a Life Member of the 70th Division Association, Veterans of Foreign Wars and American Legion. He was a Charter Member of the National WWII Memorial Project in Washington, D.C.

Will was a 32nd Degree Mason and became a Mason in 1954 with Salina Lodge #27 and a Shriner in 1955. He was a member of Beni Kedem – Shrine Temple, York Rite and Knights Templar, all of Charleston, W.Va. prior to moving to Richmond, Va. in 1961. Will was a Life Member of the Masonic Lodge – Westhampton Lodge #302 AF&AM and of the Scottish Rite. He was a 54-year member of the Acca Shrine Temple and Legion of Honor, both of Richmond, Va.

Will was a Life Member and Cofounder of the Chestnut Oaks Recreation Association in 1963. He was an active member since 1964 of Welborne United Methodist Church and served on several Boards and Committees. He was also Past-President of the United Methodists' Men's Fellowship Group. Will was also a Life Member and the 1983 and 1984 Chairman of the Institute of Electrical and Electronic Engineers (IEEE) – Richmond Section. He was a lifelong Amateur "Ham" Radio operator since 1975 as WA4TCS and a 33-year member of USAF MARS as AFA2OA. He also served his community as a Notary Public.