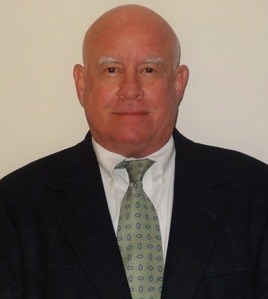 BORN
1951
DIED
2021
FUNERAL HOME
Bristow-Faulkner Funeral Home
15 C F Edwards Ln
Saluda, VA
BARBER, William "Bill" Thomas, Jr., 70, of Hartfield and Richmond, Va., passed away on November 20, 2021. Bill was born September 4, 1951, in Wilmington, N.C., the son of William Thomas Barber Sr. and Teena Barber. He and his family later moved to Jacksonville, Fla., where he attended Englewood High School, excelling in football, baseball and track. After graduation in 1969, Bill moved to Richmond, where he went to the University of Richmond, graduating with a B.S. in Business Administration. Bill built a well-respected career as an MAI in Richmond's commercial real estate market. With his partner of 40 years, David Lester, the two formed Lester, Barber, & Associates, a prominent appraisal company covering Central Virginia. Subsequently, Bill joined his son, Matt in establishing Barber & Associates. Bill was instrumental in passing on the commercial appraisal skills he learned over his lengthy career, not only to his son, but as a mentor to others in the industry. Passionate about sports, Bill played baseball from Little League to college. He loved cycling, racquetball and tennis (broken racquets notwithstanding). In his later years, he enjoyed hunting in Fluvanna County on his farm and fishing on the Piankatank, where he eventually retired. He loved the river, surrounded by his family, watching his grandsons enjoy the water and laughing at the antics of his granddogs, Birdie and Fannie. Bill was preceded in death by his mother. He is survived by his loving wife of 49 years, Lynn Moncure Barber; his father, William Barber Sr.; son, Matthew Hamilton Barber (Shannan); daughter, Jennifer Lynn Barber; three grandsons, Grayson, Holden and Liam Barber; and siblings, David Barber (Fran), Candy Barber Harrison and Robyn Barber. The family will be remembering his life privately. We encourage his many friends and associates to share with one another a story or joke about him—he would be laughing along, too. In lieu of flowers, a donation to a charity of your choice would be a wonderful tribute.
Published by Richmond Times-Dispatch from Nov. 24 to Nov. 28, 2021.
To plant trees in memory, please visit the Sympathy Store.
MEMORIAL EVENTS
To offer your sympathy during this difficult time, you can now have memorial trees planted in a National Forest in memory of your loved one.
Funeral services provided by:
Bristow-Faulkner Funeral Home
MAKE A DONATION
Please consider a donation as requested by the family.
MEMORIES & CONDOLENCES
Sponsored by Bristow-Faulkner Funeral Home.
10 Entries
Great hunting friend, many memorible moments!
John zehler
Friend
November 27, 2021
Lynn, I am very saddened to hear about Billy. My heart goes out to you and your family at this very difficult time. I graduated with Billy and have fun memories of him. Prayers for you and your family. RIP Billy
Martha Jackson Ott
November 27, 2021
Lynn, Matt and Jenny, We are all so sorry for your loss. Bill was such a special, unique man. Please know we are thinking of you all and keeping you in our thoughts and prayers. Earl, Louise. Sharon, Steve and Doug.
The Thompson family
Friend
November 27, 2021
Dear Lynn and family - so sorry to hear Of Bill´s passing. My thoughts and prayers are with you and your family.Love, Carolyn
Carolyn(Taylor) Leininger
November 26, 2021
Sorry for your lost. I met William twenty- something years ago. I was impressed with him and enjoyed conversating on real estate.
Roosevelt Barbour, Jr., RES - Retired Assessor City of Charlottesville
Other
November 25, 2021
Lynn, We are so sorry to hear of Billy´s passing. Our thoughts and prayers are with you during this difficult time. Billy was special - so full of life- and will be missed.
Donna and Carter Hudgins
November 24, 2021
My closest friend for almost 55 years. I won´t tell any of our terrible stories: like your stereo or the railroad tracks. Please know how much Martha and I will miss you my man. Love and condolences always
Pat Turner
Friend
November 24, 2021
Thinking of you all during this most difficult time. We love you and will be keeping you in our thoughts and prayers.
The Kroh Family
November 24, 2021
I am sorry to hear of Mr. B's passing. I enjoyed many miles on the bike with him. Condolences to his family.
Michael
November 24, 2021
Very sorry for your loss our thoughts and prayers are with the family. Bill was a good guy and will be missed
Tuck Barlow
Work
November 24, 2021
Showing 1 - 10 of 10 results