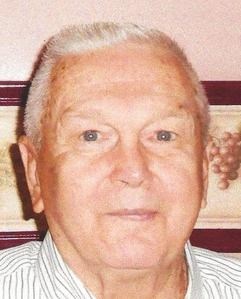 SAHNOW, William Kent, "Billy," 83, went to his heavenly home February 19, 2021. He was preceded in death by his parents, Robert Hillsman and Virginia Louis Dunn Sahnow; and sister, Rose Woods. He is survived by his loving wife, Sandy K. Sahnow; children, Teresa Davis (Bill), Tina Miller (David) and William Kent Sahnow Jr. (Paula); stepson, S. DeWayne King (Jennifer); grandsons, Jeremy and Jarrett (Kathryn) Davis, Brandon Miller, Beau and Von Sahnow; stepgrandchildren, Heather Cumby, Ashley Bess, Corey, Austin and Nicholas King; great-grandchildren, Tye and Dax Davis; stepgreat-grandchildren, Christopher and Channing Cumby, Kaylee and Jaxston; nieces, Cindi, Lori; and nephew, Bobby Woods. He was born in Richmond, Va. on September 27, 1937 and graduated from Thomas Jefferson High School in 1957; played on the Black Angus Bulls Semi-Pro Football Team and attended Old John Marshall/Richmond Technical Center to become a Mechanic Local No. 88. After 30 years of service, he retired as conductor from CSX–RF&P Railroad. He was a Richmond-area boxing legend with Pro-Am record 136-14; began coaching youth in 1958, at William Byrd Community Center, dedicating his time and efforts to foster a positive impact on youth by building up their self-esteem and character. In addition to teaching sportsmanship, techniques and skills, he taught them that they, too, had an important place in the world but, like everyone else they had to earn it. He participated in every aspect of the sport for 61 years. Some recognitions he received for his outstanding and humble volunteer service included: 1980, The Fraternal Order of Eagles Award of Merit, 2009, Virginia Association of USA Boxing Lifetime Achievement Award; Hanover County, Va. Board of Supervisors Certificate of Recognition; USA Boxing Master Official Certificate; 2014, USA Boxing Virginia LBC 12 Appreciation Award for 60 years serving the youth with dignity and distinction. The family will receive friends from ­­9 to 11 a.m. February 25, 2021, with funeral service to follow in the Chapel of Bennett Funeral Home, 8014 Lee-Davis Rd., Mechanicsville, Va. 23111. Interment will be private. In lieu of flowers, memorial contributions may be made to Sherbourne United Methodist Church, 2619 Sherbourne Road, N. Chesterfield, Va. 23237, where he was a member, usher and trustee. 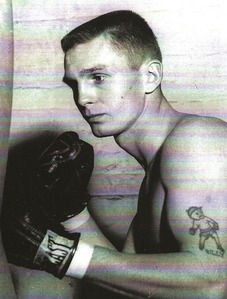 To plant trees in memory, please visit our Sympathy Store.
Published by Richmond Times-Dispatch from Feb. 21 to Feb. 24, 2021.
MEMORIAL EVENTS
Feb
25
Visitation
9:00a.m. - 11:00a.m.
Bennett Funeral Homes - Mechanicsville
8014 Lee Davis Rd, Mechanicsville, VA 23111
Funeral services provided by:
Bennett Funeral Homes - Mechanicsville
GUEST BOOK
8 Entries
So very sorry for your loss. I had no idea of his death.... May GOD Bless & watch over your Family in your time of sorrow
Sandra Davis
February 24, 2021
Teresa and family. So sorry to hear about your Dad. Sending prayers to your family.
Jody harlow
February 23, 2021
Friends for over 40+years! He Mechanicsvill Boxing team and we Boxed out of Chesapeake Virginia!I turned pro in 84 in Richmond Va.with Ray Brown and Billy Sahnow and Coached together for Richmond PAL Boxing Rest In Peace!
Keith Hunter
February 22, 2021
Good bye and Rest In heavenly peace, good and faithful servant! Deepest condolences to his family.
Sandra M. DeFairia
February 21, 2021
My thoughts and prayers for you Teresa and your family during this time of sadness.
Norma Leigh
February 21, 2021
Our thoughts and prayers are with each one of you, so sorry for your loss.
Kevin, Sr. and Judy Kilgour
February 21, 2021
An incredible man that I am more than proud to call family. I got to know him for a small window of his life and mine. Uncle Billy (grand uncle) was coaching at City wide when I met him and he took me in with open arms and an even bigger smile on his face. I can honestly say seeing him in his element in the gym or even just at home going through articles of his accomplishments was a defining moment in my life and I am so grateful to have witnessed just a glimpse of who he was.
Cori Coleman
February 21, 2021
It was a pleasure to know Billy, a very likeable and sincere person. My sympathies to his family.
Phil McKenney
February 21, 2021