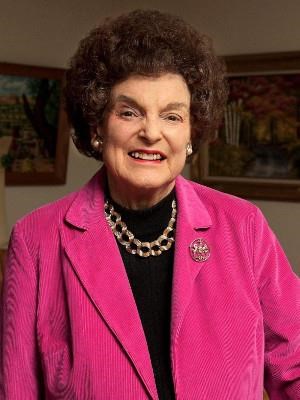 BORN
1924
DIED
2019
Mrs. Alma R. Jacobs passed away on July 24, 2019 at the age of 94 in Blue Bell, Pennsylvania. She was born in Philadelphia in 1924 to Harry and Ruth Rau and grew up there along with her two sisters, Ruth and Betty. Following attendance at Bryn Mawr College and University of Pennsylvania, Alma began her career with the Bell Telephone Company of Pennsylvania. Over her 40 years with the company, she held positions of increasing responsibility in public affairs, supervisory training, market research and government affairs, including a year on loan to AT&T National Headquarters in New York to prepare and introduce a nationwide business office training program. She began as a sales representative and retired as the Director of Public Affairs. Alma was a pioneer for women executives, ever empowering women to empower other women. In addition to her distinguished career in the private sector, Mrs. Jacobs had long been involved in community activities, civic projects and state government. She was involved for more than 50 years with the Republican Party in Montgomery County, in positions from local committee woman to being named Secretary of the Pennsylvania Department of Aging under Governor Thornburgh. She was chair of the Montgomery County Women’s Leadership Council, served on the Pennsylvania Commission for Women under Governors Shapp and Thornburgh and on the Mayor’s Commission under Mayors Green, Goode and Rendell. Nationally, she was appointed Regional Director in 1989 for Philadelphia in the Department of Health and Human Services by President George H. W. Bush. Mrs. Jacobs served as Chair of the Federal Executive Board representing 60,000 federal employees in the Greater Philadelphia Area. Mrs. Jacobs also produced and co-hosted a succession of three public service radio programs concerned with women and the particular needs of elderly women. She received numerous honors including 1980 Woman of the Year by the Pennsylvania Federation of Business and Professional Women, Good Citizenship Medal, Distinguished Daughter of Pennsylvania, National Council of Negro Women Award, and Legion of Honor awards in recognition of outstanding service to all people regardless of race or faith. She served on numerous boards including the Women’s Medical College of Pennsylvania, Montgomery County Community College, Women for Greater Philadelphia and Penn Asian Senior Services. Mrs. Jacobs was preceded in death by her husband and partner in active citizenship, J. Alexander Jacobs. She led a long, active and full life right until her final days. Funeral will be held on Tuesday, July 30 at First Presbyterian Church, 4 S. Ridge Avenue, Ambler. Friends may call at 10:30 a.m., service at 11. Burial will be private. Donations may be made to Women for Greater Philadelphia, 510 Walnut Street, 16th Floor, Philadelphia, PA 19106. KirkandNiceInc.com
Published by The Times Herald from Jul. 25 to Jul. 26, 2019.
To plant trees in memory, please visit the Sympathy Store.
MEMORIAL EVENTS
Jul
30
Calling hours
10:30a.m. - 11:00a.m.
First Presbyterian Church
4 S. Ridge Avenue, Ambler, PA
Jul
30
Service
11:00a.m.
First Presbyterian Church
4 S. Ridge Avenue, Ambler, PA
MAKE A DONATION
MEMORIES & CONDOLENCES
Sponsored by TimesHerald.com.
8 Entries
Im so sad I missed this. Alma was my Aunt. I have many fond memories of visiting her in my youth . Such kind lady to me always..
patricia j. leidy
Family
December 16, 2020
Just find out my mother's cousin passed away. Just received my Christmas card back. So sorry to hear such sad news.
Norman Kitts
January 2, 2020
Alma was our neighbor in both Blue Bell and Cape May. I first got to know Alma and her husband Alexander in the early 60s when I was still in high school working as a waiter at Frank an Eddies in Blue Bell where they would dine every Sunday.

I got to know Alma politically when I was elected to Republican State Committee in the 90s when she sought the nomination to run for Montgomery County Commissioner, and I supported her.

We enjoyed Alexander's many stories on our deck in Cape May. When he passed away, Alma became our Thanksgiving and Christmas dinner guest most every year. She had great affection for our yellow lab Cubby. Alma has an important place in our hearts and we admired her greatly.
John Eric Schneider
July 28, 2019
Will forever be grateful to have walked in the shadow of this incredible trailblazer ... my sympathies to all who mourn her loss .. eternal rest is now yours, Alma .. thank you for being a role model to all who crossed your path.
Teresa Osborne
July 27, 2019 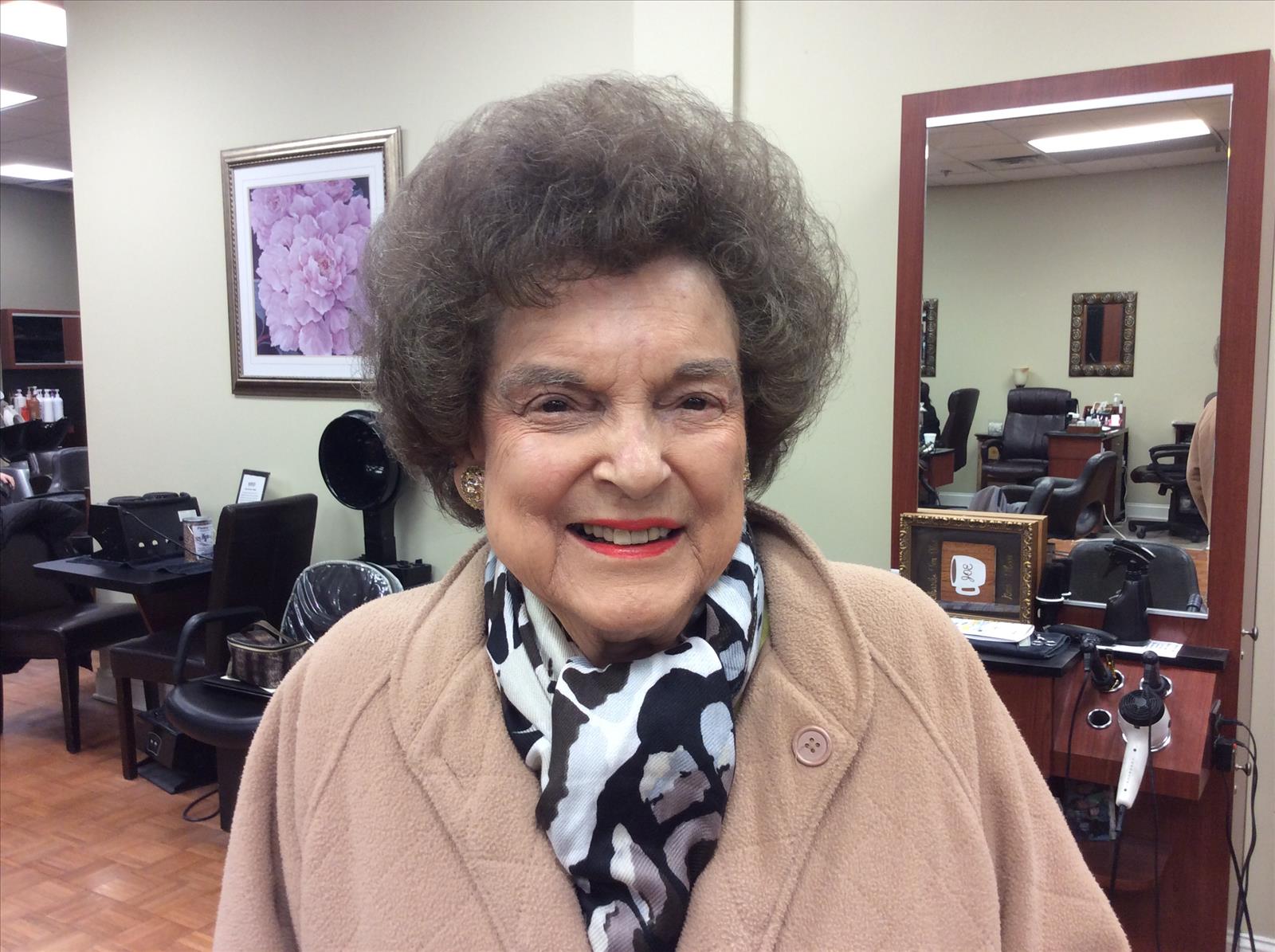 So much to say about this very special woman that I was so very grateful to know throughout the years. She will always be my idol because she started out as my client,and who knew that she would become my mentor and my kind dear friend.
She's taught me so much and I always valued her opinions,her wisdom,her courage,and how she would stand up and always speak her mind. Dressed to the nines,Hair was perfect,and always knew what was going on in the world. A true All American woman who loved this country and all that it stands for.She was a remarkable and amazing influence to all that came to know and love her.
And because I was one of the lucky ones that can say I had great honor in knowing Alma Rau Jacobs,she will always remain in my heart forever!
Peace and comfort to all Family & Dearest Friends of Alma and may all fond memories you shared with her too help you remember her with a smile.
Rest In Peace Now with Alexander,Alma
You will be truly missed down here,but we'll see you again one day.
Until then Thank You for everything & Happy Birthday up there!
Hugs-n-Kisses,
Michell,Chalie,All Family & Friends at Nu Waves Salon
M. Ragusa
July 27, 2019
A beautiful women who will be truly missed by many. RIP Alma!
Ellie DeFrangesco
July 26, 2019
Alma was an amazing woman - through and through
I can only hope to have half the stamina she possessed. She will be missed but not forgotten.
Brenda Wido
July 25, 2019
Alma was a true pioneer for women in the workplace, and such a lovely, giving lady. She will be sorely missed.
Mary Lynn Gullette
July 25, 2019
Showing 1 - 8 of 8 results