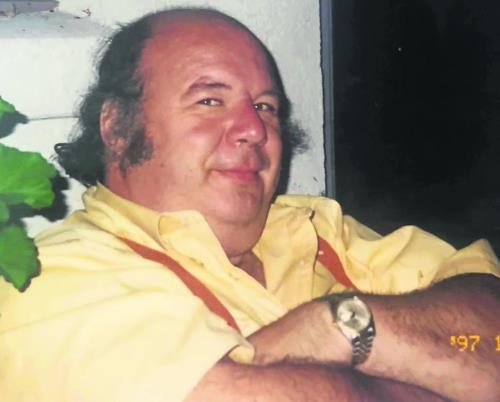 BORN
1953
DIED
2021
FUNERAL HOME
Boyd-Horrox-Givnish Funeral Home
200 West Germantown Pike
Norristown, PA
John E. Jackson On Monday, November 30, 2020, John E. Jackson passed away suddenly at his home at the age of 67. John was born on April 25, 1953 in Cheyenne, Wyoming to Bernadette (nee Perotto) and the late Charles Jackson, Sr. As a young child John lived in several states following his father’s orders for the United States Air Force. Once settled his family settled in PA, John graduated from Methacton High School and went on to study audio and sound engineering in New York City. John demonstrated a passion for music and even traveled with the band “Egdon Heath”. While he was touring, John met the love of his life, Gloria, at the Avalon Hotel in Avalon, NJ. They married on March 29, 1980 and shared 17 wonderful years together before Gloria’s passing in 1997. John was a devoted husband, dear father to Kristin Jackson (Johnathon Mohr), brother to Victor Jackson, Sr., Charles Jackson, Jr. “Chip”, and Julie Wagar (Jack), beloved uncle to Victor, Jr., Shelly, the late Jacob, Victoria, Chloe, Caroline, Justin, and Angelina, great uncle to Rue, and friend to many. He is also survived by his beloved “granddogs” Dusty and Attila, who he loved to shower with yummy treats and belly rubs. John was welcomed into heaven by his loving wife, Gloria (nee Parenti) and his daughter, baby Jennifer. In 1959 John’s father opened the doors to the famous “Charlie’s Pizzeria”, which moved its permanent location in Swede Square Shopping Center in 1963. Just before getting married, John and Gloria took over the family business and created a legendary family favorite pizzeria. Whether you wanted a slice of their famous Red Top pizza or a juicy cheesesteak, you could always count on being greeted with John’s smile and typically a witty joke! Although with his big sense of humor, he possessed a deep desire for success and motivation to the best he could be. John possessed a heart of gold and a gentle but firm way of mentoring and bringing out the best in others. John was known for his immense generosity both personally and professionally as he was always willing to lend a helping hand to those in need and support worthwhile causes. Charlie’s Pizzeria was honored by the PA State House of Representatives for outstanding service to the community and has been recognized with Best of Philadelphia and Montgomery County Awards multiple times. This just touched the surface of his achievements and legacy. John left an everlasting impression on his family and patrons and he will truly be missed. To ensure the safety of all during the Co-Vid 19 pandemic, a service will be held at a later date. The family welcomes you to share your favorite memories and stories publically at www.lifecelebration.com or privately at [email protected] The family is requesting that in lieu of flowers, donations can be made to the Montgomery County SCPA at https://www.montgomerycountyspca.org/Page/HowYouCanHelp or 19 E. Ridge Pike, PO Box 222, Conshohocken, PA 19428-0222 Services to the family are entrusted to Boyd-Horrox-Givnish Life Celebration Home of East Norriton, 610-277-7000.
To plant trees in memory, please visit our Sympathy Store.
Published by The Times Herald from Jan. 2 to Jan. 3, 2021.
MEMORIAL EVENTS
No memorial events are currently scheduled.
To offer your sympathy during this difficult time, you can now have memorial trees planted in a National Forest in memory of your loved one.
Funeral services provided by:
Boyd-Horrox-Givnish Funeral Home
MAKE A DONATION
MEMORIES & CONDOLENCES
Sponsored by TimesHerald.com.
5 Entries
He was a Beautiful man, inside and out. Sad to hear if his passing. Suncerely, A dear longtime close friend.
Angel
Significant Other
June 3, 2021
John you are the best! See you in Heaven’s ’ pizzaria.

My wife and I are from montana and over the past 10 years have visited our son in Plymouth meeting. We will really miss John this summer when we make our pilgramige to Charlie’s.

John hung our Montana license plate on the wall next to his fathers Wyoming plate. That meant so much to us.

Please accept our dearest sympathy on your and our loss of John.

Dana, Nancy, and Chris Walker
Dana Walker
Friend
April 8, 2021
Please accept my deepest condolences. John knew me by first name every time I called for an order! He was that special! RIP
Idabel Daly
Acquaintance
March 6, 2021
This is very sad. The last time that I spoke to John (during COVID) we talked about his beer coolers being empty. He said it didn’t pay to keep selling beer and soda since grocery stores started selling it, so he had to make adjustments to keep his business open. His pizza was so good, I thought to myself “good” he will be able to make it through these tough times. Deep down inside, it just wasn’t him. It wasn’t Charlie’s Pizza to not have the “Coldest beer in town” (said it on the cooler). He served so many people happiness in a box. So many memories taking my family out for a slice or two. “Red Top” was the absolute best. He and his staff will be missed. RIP John.
Ron Johnson
Acquaintance
February 9, 2021
Very sorry to hear. My sympathy to the family on your loss. Many great memories of John and Charlie's through the years for residents of East Norriton. May his memory be a blessing.
Howard Sobel
Neighbor
January 3, 2021
Showing 1 - 5 of 5 results