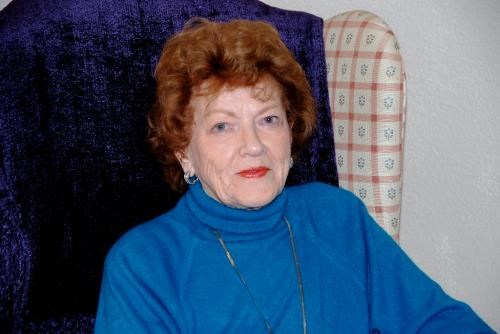 Altheia Blanche Seim entered this world on November 4, 1926. She grew up in the midst of the Great Depression in North Dakota, living in a house built by her parents, Melvin and Blanche Seim. Her childhood was shared with five siblings: Howard, Lowell, Melvina, Roland, and Charles. She felt great pride at her family's camaraderie during the Depression era, as many of them worked in town to help support the family, and they fed the family from their large garden in the front yard. Between 1939 and 1941, the family moved to Fergus Falls, MN and then Spokane, WA.While in Spokane, Altheia graduated high school, began college classes, learned to ski, and worked at a department store. In 1951, Altheia met Benjamin Clumpner at a Mother's Day tea held at her brother Charles' fraternity; they dated for a year, and were married on April 27, 1952. Together, they settled down in Tacoma, WA, and started a family; they welcomed sons, Hugh in 1953 and Gregory in 1954, and daughter, Lynn in 1955. The family moved from Tacoma, WA to Vallejo, CA in 1963, in part to benefit Altheia's health, which suffered with the Washington dampness.Ben and Altheia were married for 56 years at the time of Ben's death, in 2008.Altheia was an active member of the Vallejo Symphony League for 22 years, including being Vice President, President, and Executive Director for two years each. She was a gifted quilter throughout her years in Vallejo, and was a founding member of the Vallejo and Napa Quilting Clubs.Altheia is survived by her three children, Hugh (Judy), Greg (Laurie), and Lynn; three grandchildren, Ryan, Ashley (Joseph), and Kelsey; four stepgrandchildren, Erin, Brittany, Robert, and Sara; three great-grandchildren, Theo, Charles, and Cecilia; two step-greatgrandchildren, Nick (Liana) and Gregory; and one step-great-great grandchild, Wesley. Altheia was preceded in death by her husband, Ben, all of her siblings, all of Ben's siblings, and all of her close friends. She enjoyed a long and happy life and was "ready to go home."
W00158830-image-1.jpg

Published by Times Herald Online on Oct. 10, 2021.
To plant trees in memory, please visit the Sympathy Store.
MEMORIAL EVENTS
To offer your sympathy during this difficult time, you can now have memorial trees planted in a National Forest in memory of your loved one.
MAKE A DONATION
MEMORIES & CONDOLENCES
3 Entries
I meet your mother when my two sons were attending Highland Elementary. She taught a quilting class at night which I attended. Such a sweet person and I will treasure the memories of her. May loving memories bring us all comfort and peace. Denise Pendergast
Denise Pendergast
Friend
October 14, 2021
Hugh, I am so sorry to hear of the loss of you Mother. I really enjoyed doing her hair many years ago. She was a lovely lady. Prayers and hugs to you and your family.
Mary Page Adamson
October 11, 2021
Hugh-It was so good to see you & Judy at the reunion. I'm so sorry to hear of the loss of your mom but so glad that she enjoyed a great life. Take care of yourselves during this time.
Carolyn Garrett
Other
October 11, 2021
Showing 1 - 3 of 3 results