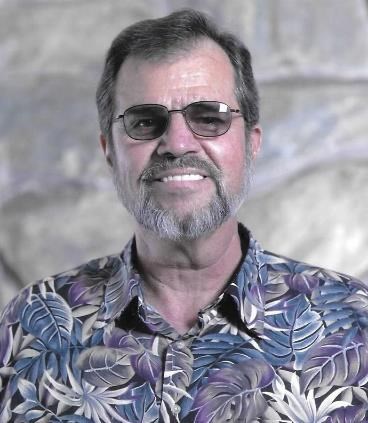 FUNERAL HOME
All Souls Cemetery & Funeral Center
550 Glen Cove Road
Vallejo, CA
A sincere and kind husband, father, and friend, Larry was born to Carl and Vida Guldenbrein, raised in Vallejo, where he attended local schools, graduating from Vallejo High in 1961. It was there he met his soulmate, Barbara Mikulic. They married in 1963. Larry's working career started in 1961 as an Electrical Apprentice with Jack Ellis Electric. From there he went on to work with several companies, retiring from Metropolitan Electric in 2002. He had 59 years with the IBEW (International Brotherhood of Electrical Workers). Larry was an avid outdoorsman, with a lifelong love of fishing, hunting, and hanging out with his family and friends. For 24 years he chaired the Vallejo-Benicia Chapter of Ducks Unlimited along with his wife Barbara, making lifelong friendships in the process. Larry and Barbara were also a part of the Foster Parent Program, mentoring 34 teenage girls over a 14-year period. Larry is survived by his daughter, Jillian (Darrell and family); and his cousins, Ross (Jean) and Sarah (and family).Inurnment will be private. His final resting place will be at All Souls Cemetery, 550 Glen Cove Road, Vallejo, CA.
W00157860-image-1.jpg

Published by Times Herald Online on Sep. 8, 2021.
To plant trees in memory, please visit the Sympathy Store.
MEMORIAL EVENTS
To offer your sympathy during this difficult time, you can now have memorial trees planted in a National Forest in memory of your loved one.
Funeral services provided by:
All Souls Cemetery & Funeral Center
MAKE A DONATION
MEMORIES & CONDOLENCES
Sponsored by All Souls Cemetery & Funeral Center.
3 Entries
So sorry for your loss.
Duri Vital
September 25, 2021
Sorry about Larry, we had a lot fun on George Circle. He was great a guy. Will miss and the best is I have a lot great memories. Bill Akers
William Akers
September 10, 2021
Larry was such a nice guy, he will be missed. May loving memories bring the family comfort and peace. Sincerely, Bill and Denise Pendergast
Denise & Bill Pendergast
Friend
September 10, 2021
Showing 1 - 3 of 3 results