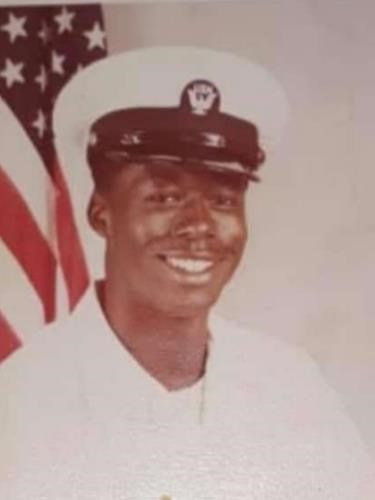 BORN
1961
DIED
2021
Michael Curtis Herndon was born in San Francisco March 23, 1961 and was called to rest August 16, 2021. He was the third oldest of six children born to Curtis Gray Herndon (deceased) and Ann Polk (deceased.)Michael loves sports. He was an avid Warriors, Giants, and 49ers fan , with baseball being his number one love. He was affectionately known as "Big Mile" or "Coach Mike."Michael Herndon lived a life of service. He was a Navy veteran. He enlisted and served in the Navy from January 1980 to February 1984. He was stationed at the Brooklyn Naval Yard.He was also a devoted member of Fresh Manna Christian center since 2007 and was ordained as a Deacon in 2017. He served the church faithfully and truly loved the Lord.He also enjoyed coaching and mentoring the youth. Michael helped start the Sunnydale Little League in the mid-1990s. In the late 1990s, he was the coach for the Richmond Blacksox, and helped coach girls basketball at the Richmond Recreation Complex. In the early 2000s he began coaching the Pinole Pony Little League, where he was an All Stars coach. Michaels' love for coaching continued into the 2010s, where he went on to coach his youngest daughters' basketball team for several years, at St. John the Baptist Elementary in El Cerrito. He had and maintained a positive impact on the youth and everyone he interacted with.In 2019, he was inducted into his The Hall of Fame for baseball at his alma mater, Galileo High school.He was a great man. The very definition of a family man. He put his family, loved ones, and others first, before himself.He was a ball of energy. His personality could lift the lowest of spirits and lighten the darkest of rooms. He truly was a presence that could not be denied.He leaves to cherish his memory his wife of 35 years, Lynette Herndon; children, Pegene Herndon, Kenneth Herndon, Michaela Herndon, Alexander Herndon, and Faith Herndon; daughter-in-law, Cynthia Herndon; granddaughter, Priyah Vega; brothers, Dennis Wingfield and Alvin Polk; sisters, Pamela Herndon and Lisa Herndon; nieces and nephews, Brittany Wingfield, Damon Polk, Marvin Colter, Jr., Clarissa Colter Harris, Steven Colter, Christopher Colter, and Isaiah Colter; in-laws, Earnell Colter, Ellisee Colter, Marvin Colter, Sr., Neil Colter, and Erin Colter Lopez; cousins, Ronald Lewis, Dawn Lewis, Chris Lewis, Kelly Lewis, Lisa Lewis, and a host of other relatives and many, many friends.His daughter, Ashley Herndon; father, Curtis Herndon; mother, Ann Polk; older brother, James Wingfield; younger sister, Gayle Herndon; and younger brother, Clifford Polk preceded him into glory.Michael has been laid to rest at the Sacramento Valley National Cemetery in Dixon, CA.
W00159360-image-1.jpg

Published by Times Herald Online on Oct. 24, 2021.
To plant trees in memory, please visit the Sympathy Store.
MEMORIAL EVENTS
To offer your sympathy during this difficult time, you can now have memorial trees planted in a National Forest in memory of your loved one.
MAKE A DONATION
MEMORIES & CONDOLENCES
1 Entry
To the Herndon Family: A soul larger than life, with a presence that made your brightest days even brighter. That was Big Mike. I got to know Big Mike over the last 7 years as one of my account managers. He had an everlasting joy every time he spoke lovingly about his family. Especially his wife, whom he affectionately referred to as his Very Best Friend. His family was his world. As we shared stories about each other's family, the fact that he always remembered the names of my family members that he never met, or asked how they were doing, speaks volumes about his character. Not only was he attentive to who he was talking to, but it showed how much he genuinely cared about others. I was deeply saddened to learn of Big Mike's passing. But please take comfort in knowing how much he enriched the lives of all those who had the privilege of knowing him, including me. You are all in my thoughts & prayers.
Brenda Miller
October 25, 2021
Showing 1 - 1 of 1 results