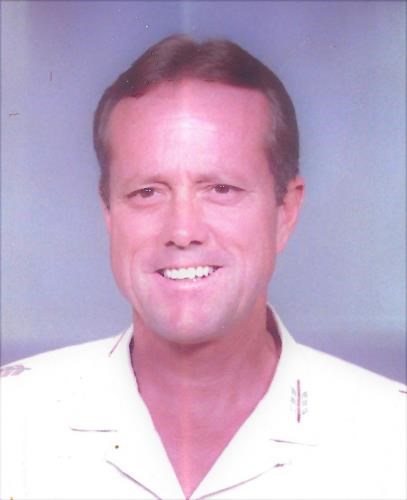 FUNERAL HOME
Twin Chapels Mortuary
1100 Tennessee Street
Vallejo, CA
Robert D. Reynolds passed away peacefully on Sunday September 5. He was the third of five children born to Joseph and Mary Reynolds. He was proud to be born, raised and a lifelong resident of Vallejo CA. During his youth, he played Little League baseball with future MLB players, performed in the drama club/Scarlet Masque, and played high school football at Vallejo high school. He is a proud member of the Vallejo Sports Hall of Fame. After graduation he took a cross country adventure in a pickup truck with his friend Bill. He also did some cheerleading at Vallejo community college. He then began a career in construction that would lead to 37 years in the Laborers Union, in which he held the roles of Laborer, Business Agent, Business Manager and retired as Director of the Training and Apprenticeship Center for Northern California. Robert was a man of faith; he was always active in church and doing things that honored the Lord. He helped establish an unwed mother's home, played Jesus in drama presentations, and helped establish a new church in the community. During retirement he helped his friend Sam build water wells for villages in Africa, traveled to Europe and Asia, attended SF Giants and 49er games with his friend Hank and watched his grandchildren play sports.Robert is survived by his four siblings, Kenny (Sharon) Reynolds, Alan (Alana) Reynolds, Carol Lee and Mary Jo Reynolds; his four children, Gwen (Matt) Freeman, Mac (Celine) Reynolds, Beau Reynolds and Kelly Reynolds; eight grandchildren, one great-granddaughter; and numerous cousins, nieces, and nephews. He is also survived by lifelong friends that he loved and considered family.Visitation will be held from 4 to 8 p.m. on Friday, September 17 at Twin Chapels Mortuary, 1100 Tennessee St., Vallejo. Funeral services will be held at 11 a.m. on Saturday, September 18 at Church on the Hill, 210 Locust Dr., Vallejo with Pastor Scott Peterson officiating. Burial will follow at All Souls Cemetery, Vallejo.Arrangements entrusted to the direction and care of Twin Chapels Mortuary, Vallejo (707) 552-6696. www.TwinChapelsMortuary.com.
W00157990-image-1.jpg

Published by Times Herald Online from Sep. 11 to Sep. 18, 2021.
To plant trees in memory, please visit the Sympathy Store.
MEMORIAL EVENTS
Sep
17
Visitation
4:00p.m. - 8:00p.m.
Twin Chapels Mortuary
1100 Tennessee Street, Vallejo, CA
Sep
18
Funeral service
11:00a.m.
Church on the Hill
210 Locust Drive, Vallejo, CA
Funeral services provided by:
Twin Chapels Mortuary
MAKE A DONATION
MEMORIES & CONDOLENCES
Sponsored by Twin Chapels Mortuary.
11 Entries
My condolences and love to Beau and the family... your dad was one of the good ones. Big hugs.
Shaana Keller
Friend
October 21, 2021
Condolences!
Keith Kjar
September 17, 2021
A great friend and a true hero. He will surely be missed. His family will be my prayers always. As the POWs used to tap back and forth to each other...GBU God Bless You.
Ed Fahy
School
September 15, 2021
My heart goes out to your whole family with my deepest sympathy.
Kathy Kistle
September 14, 2021
I am so sad to hear of Bob's passing. I was honored to call him friend and and co-worker. The world is a sadder place without him.
John Austin
September 12, 2021
So sad to hear of Bob's death especially knowing how much good he did in his life. You are in my prayers.
Lon Reed
School
September 12, 2021
Our sincere condolences to the family. May he rest in peace.
Stephanie Metcalf
September 12, 2021
Everyone will miss Bob Reynolds. He was such a positive influence in everyone´s life who met him.
Sandy Morgan Horodesky
School
September 12, 2021
A great friend and an awesome human being. Rest in peace and hopefully we all will see you again soon
Ed Fahy
September 12, 2021
Our loss, is Heavens gain.
Frank & Rosie Joy
Friend
September 12, 2021
Great friend, great actor and a true servant to the Almighty.
Carl Cornils
School
September 11, 2021
Showing 1 - 11 of 11 results