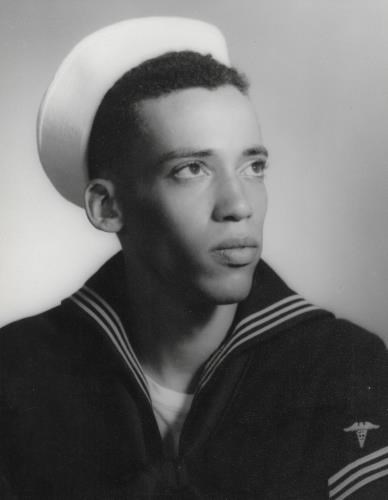 BORN
1946
DIED
2021
Thomas Walton Lundy, age 75, passed away on Thursday, August 5, 2021, in Vallejo, CA after a long battle with dementia and heart failure. He was born the first of seven children on March 19, 1946, in Oakland, CA to Doris L. De Leon Lundy and Thomas Lundy. Growing up in a military family, Mr. Lundy lived in various places throughout the US from San Diego to Hawaii, but he always considered the Bay Area his home. Following his military roots, he enlisted in the Navy and served his country, doing two tours as a medical corpsman in the Vietnam War. After leaving the service, he worked as an administrator for the VA Hospital in San Francisco for twenty years and was also an advocate for veterans' rights. Mr. Lundy went by many names. "Tommy" to close friends and family, "Doc" to his military friends that served with him in Vietnam, and "Dad" and "Daddy" to his daughters. As a baby, his oldest granddaughter Alia called him "Apa" and this is how he signed cards to her going forward. He was always laid back and easy-going with a great sense of humor; when people met him, they wanted to be his friend. The caregivers at the Vista Prado nursing home adored him and claimed that he would have the most visitors. Mr. Lundy loved reading mystery and horror books with his favorite authors being Stephen King and James Patterson. He also loved watching westerns, action movies, and documentaries about nature and history. His hobbies included crosswords, jigsaw puzzles and playing games. His favorite treats were Coca-Cola, popcorn and most of all Safeway's brand of vanilla ice cream. Mr. Lundy is survived by his three daughters, Anne, Avril and Mamie; his former spouse, Dori; his sister, Catherine; and four brothers, David, Steven, Robert and Kevin; his eleven grandchildren; and many great grandchildren, nieces and nephews. He is preceded in death by his parents and brother, Michael. A memorial is being planned for early 2022.
W00158000-image-1.jpg

Published by Times Herald Online on Sep. 12, 2021.
To plant trees in memory, please visit the Sympathy Store.
MEMORIAL EVENTS
To offer your sympathy during this difficult time, you can now have memorial trees planted in a National Forest in memory of your loved one.
MAKE A DONATION
MEMORIES & CONDOLENCES
1 Entry
May your hearts soon be filled with wonderful memories of joyful times together as you celebrate a life well lived.
Robert Dickerson
Family
September 14, 2021
Showing 1 - 1 of 1 results