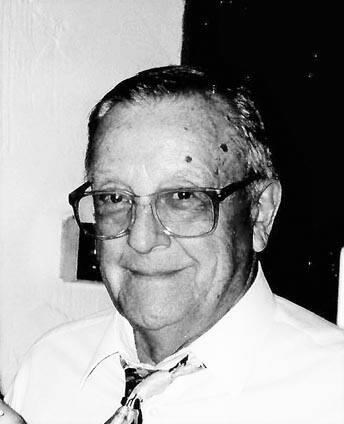 Born Oct. 3, 1925, he was a son of the late Andrew and Elizabeth (Dzuris) Antolik. He was educated in the city schools until his entry into the U.S. Navy, serving four years during WWII. He received the Victory Medal, American Campaign Medal, Asiatic-Pacific Medal with 1 battle star and the Philippine Liberation Medal.

Mr. Antolik served as Witness Clerk for Luzerne County from 1960–1968; Clerk of Courts from 1968–1972 and was District Magistrate for Nanticoke City from 1964–1968. His various employment positions including Duplan Corp., Guardian Finance, United Steel and Wire, Dept. of Mines and Minerals, Dorr Oliver, A.J. Sordoni Electrical Construction, Post Coach Inc. and Okarma Motors, mostly in cost accounting, estimating and managing sales. From 1980 until retiring in 1991, he was business manager for the former Nanticoke State Hospital.

Andy devoted his efforts exclusively to the needs and concerns of the people, and lived by his slogan: "To make a difference, you lose when you do nothing." He held membership and served numerous organizations including: GNA Taxpayers Forum, where he strived to establish an amicable working relationship with the Board of Education and City Administration for the betterment of taxpayers and the students; was a life member of American Legion Post 350, life member of VFW Post 5267, Boy Scouts of America, The United Way, Emergency Management Agency, Fraternal Order of Police #36, Fraternal Order of Eagles #834, Nanticoke Quoit Club, Nanticoke Ali Baba Club, charter member of the Handyman Club of America and was Past president of the Slovak League of America, Branch #487. He belonged to St. John's Lutheran Church his entire life. Andy enjoyed collecting and working on his cars, he especially liked Cadillacs and his Federal Army Truck 2G.

In addition to his parents, he was preceded in death by his wife of 32 years, the former Eleanore Orkwis, on Dec. 8, 1983; brothers, George, Daniel, Richard, John and Robert Antolik; sisters, Esther Antolik and Elizabeth Marietti and his long-time companion, Joan Goodman.

Viewing and visitation hours will be Sunday from 5 to 8 p.m. at the funeral home.

To leave the family a condolence or expression of sympathy, please visit www.dinellifuneralhome.com.