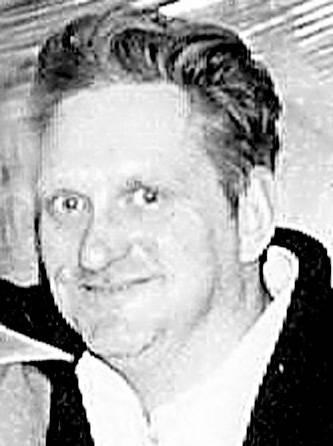 His niece, Colleen McKenna, was by his side.

After graduating, he served proudly in the United States Air Force. Bernie worked numerous jobs over the years but spoke often of how much he enjoyed working in the kitchens of local hotels and restaurants and of the friends he met there. He often joked about "getting a job in the kitchen at the VA."

Prior to his admission to the VA, Bernie was proud of his musical ability and enjoyed playing his accordion, especially at family events, as well as singing in the choir at his church, St. Mary's Byzantine, in Wilkes-Barre. He enjoyed singing along with the groups and individuals who entertained at the VA festivities and participated in several of the VA talent shows held at the facility. He also enjoyed participating in the many other activities at the VA, where he resided since 2004. He had nicknames for most of the staffers who cared for him. He was visually impaired so he learned to identify them by either their voices or the catch phrases they shared with him. He could be often heard saying "yabba dabba do" or some other catchy phrase that only he and the person to whom the words were spoken knew.

Bernie's family would like to thank the staff at the VA for the wonderful care he had received for the 14 years he resided at that facility. Those years were some of the best years of his life because he was well-cared for by the staff and had a loving family who visited him often. He enjoyed the activities and entertainment provided by the VA staff, as well as the other organizations that donated their time and efforts for the veterans. The family would also like to give special thanks to the recreation department staff for all the love and care given to our "Uncle Bernie' and to Dr. Fino, who was caring, compassionate and kept the family informed of any issues along the way.

He is survived by his brother, Andrew J. Nat Jr.; his niece, Colleen Nat McKenna, who had become his caregiver when his loving brother, Bob, passed away nine years ago; his nephews, Robert "Bob" Nat, James "Butchie" Warke and Jason Nat, who enjoyed visits with him often; and several other nieces, nephews and cousins.

Funeral services will be celebrated at 10 a.m. Monday from the E. Blake Collins Funeral Home, 159 George Ave., Wilkes-Barre. The Office of Christian Burial with Divine Liturgy will be at 10:30 a.m. in Holy Assumption of Saint Mary Byzantine Catholic Church, North Main Street, Wilkes-Barre. Interment will be in the parish cemetery, Dallas. Friends may call from 9 a.m. until the time of the service Monday.

In lieu of flowers, donations can be made in Bernie's honor to the Recreation Department at the VA Medical Center, 1111 E. End Blvd., Wilkes-Barre, PA 18711. Condolences can be sent to: www.eblakecollins.com.

Published by Times Leader from Jun. 28 to Jun. 29, 2018.
To plant trees in memory, please visit the Sympathy Store.
MEMORIAL EVENTS
Jul
2
Visitation
9:00a.m. - 10:00a.m.
E. Blake Collins Funeral Home
159 George Avenue, Wilkes-Barre, PA
Jul
2
Funeral service
10:00a.m.
E. Blake Collins Funeral Home
159 George Avenue, Wilkes-Barre, PA
Jul
2
Liturgy
10:30a.m.
Holy Assumption of Saint Mary Byzantine Catholic Church
North Main Street, Wilkes-Barre, PA
Funeral services provided by:
E. Blake Collins Funeral Home
MAKE A DONATION
MEMORIES & CONDOLENCES
5 Entries
Dear Bob,Donna,Colleen and family members
I will always remember Bernie.
He was a wonderful man that never missed Sunday Mass. He was truly loved by all staff and his fellow veterans at the VA. He was all about food,religion, and his love for family and music. He will be missed by all of his Va family.
Maureen Cooper
July 5, 2018
Godspeed Uncle B! It is never good bye, just see you later! I am sure you are with your Mom and Dad and siblings who have gone before us, especially my Dad! Like to think you two are hanging out and catching up!
God Bless
Love Dale
Dale Nat
July 1, 2018
Sorry to hear you lost your Brother Jim McTiernan
June 29, 2018
RIP UNCLE B.
I am going to miss you so much.
God gave you your wings.
Jason Nat
June 29, 2018
Rest In Peace Uncle Bernie
Donna Nat
June 29, 2018
Showing 1 - 5 of 5 results