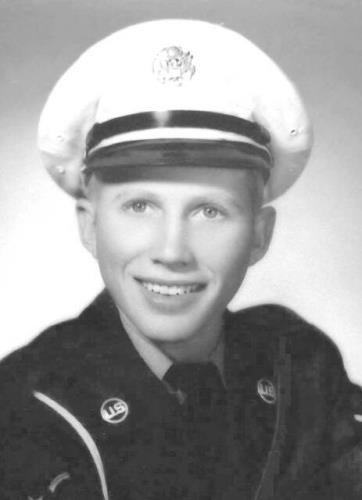 Born on Aug. 1, 1935, in Port Griffith, Bernie was the son of the late Joseph and Zofia (Kovalcik) Novabilski.

Bernie was a graduate of Jenkins Township High School and Wilkes-Barre Business College.

Prior to his retirement, Bernie was a Postal Clerk for the United States Postal Service and his first few years of service was handling mail on an RPO railroad car.

Bernie was a member of St. John the Evangelist Church in Pittston.

Bernie proudly served his country in the United States Air Force during the Korean War.

Bernie was a member of the Slovak Catholic Sokols, Assembly 86, in Port Griffith, where he served as the President.

He was also a member of the American Legion, Old Forge; the VFW, Wyoming; and the AMVETS of Dupont.

In addition to his parents, Bernie was preceded in death by his wife, JoAnn (Ezzo) Novabilski; his son, John J. Novabilski; his brothers, William, Francis and Joseph; and his sisters, Mary, Julia, Sophie and Theresa.

Family and friends may call from 9:30 a.m. Friday morning until the time of Mass at the church.

Interment will follow in St. John the Baptist Cemetery, Schooley Street, Exeter, where military honors will be conducted by the AMVETS Honor Guard of Greater Pittston.

Published by Times Leader from Oct. 25 to Oct. 26, 2021.
To plant trees in memory, please visit the Sympathy Store.
MEMORIAL EVENTS
Oct
29
Calling hours
9:30a.m. - 10:30a.m.
St. John the Evangelist Church
35 William St., Pittston, PA
Oct
29
Mass of Christian Burial
10:00a.m.
St. John the Evangelist Church
35 William St., Pittston, PA
Oct
29
Interment
St. John the Baptist Cemetery
Schooley Street, Exeter, PA
Funeral services provided by:
Joseph Bednarski Funeral Home
MAKE A DONATION
MEMORIES & CONDOLENCES
5 Entries
Dad, I am very thankful for everything you have done for our Family(Mom, John, and Me) as well as my Family(Paula, Sierra, and Brandon). I will never forget everything you have done for us during your living years. Great Memories of growing up in Old Forge, Pa and these memories will be ever engraved in my mind. You will not be forgotten Dad. Rest in Peace. Save a table setting for me at the Dinner table with Mom and John, and some day, I will see all three of your again.. I know you are in Heaven with the Lord, Mother Mary, and the angels. Love, Bernie Novabilski(Son).
Bernard Novabilski
November 1, 2021
The few times I was able to be at John Novabilski´s wreath laying at Sacred Heart in Bowie. Mr. Novabilski always expressed his appreciation for the members of the Prince George´s County Police and FOP 89. God bless him. He was a true gentleman. My condolences to the Novabilski family.
Charlie Walls
Other
October 27, 2021
My deepest sympathies to Mr. Novabilski's son Bernie, Daughter-in-law Paula and his grand kids, as well as all of his surviving family and friends. I will miss him. God Bless him.
Kirk Mullings
Friend
October 27, 2021
Praying you have God speed sir as you rest in Paradise. Thank you for your support of Prince George's County Police Department and FOP Lodge #89.
Eugene C. Mills, Jr.
Other
October 27, 2021
Prayers and Condolences to the family and so sorry to hear of Bernie's passing. May He now Rest In Heavenly Peace.
Steven Pogorelec
October 26, 2021
Showing 1 - 5 of 5 results