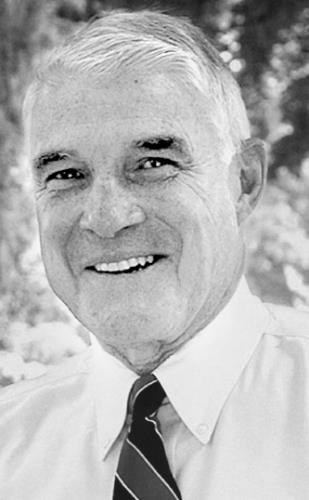 Born Jan. 28, 1938, in Wallingford, Conn., he was the son of the late Hubert Sawyer and Anita Ford Packard. Jere was a graduate of Choate Rosemary Hall, Wallingford, Conn., and Williams College, Williamstown, Mass. He served in the U.S. Marine Corps Reserve from 1959 to 1964 and received an honorable discharge. He furthered his education by obtaining a master's degree in history from Columbia University, New York. He became a teacher and administrator at Choate Rosemary Hall, and later became headmaster at Ridley College School, St. Catharines, Ontario, Canada.

Jere enjoyed bird-watching, tending to his vegetable garden and making his own homemade jam. He believed in getting your hands dirty and chopping wood was a day well spent, capped off with a long walk with his Newfoundland dog, Nandi. Jere was a season ticket holder of the Wilkes-Barre/Scranton Penguins ice hockey team.

Surviving is his wife, Ingrid Cronin, at home. Jere and Ingrid had three sons, Michael and his wife, Sarah, of Annapolis, Md., and their three sons, Connor, Cameron and Theodore Packard, Dennis, of Manhattan, N.Y., and H. Matthew and his fiancee, Kasha Stevenson, of Philadelphia. Also two children, Seth, of Newton, Mass., and Eliza, of Santa Fe, N.M., from his marriage to the late Mary B. Green.

A memorial service for Jere will be held at 11 a.m. Saturday, Jan. 14, 2017, at the Kirby Center for Creative Arts, Wyoming Seminary Campus, Sprague Avenue, Kingston. A reception will follow the service.

Published by Times Leader from Dec. 27 to Dec. 28, 2016.
To plant trees in memory, please visit the Sympathy Store.
MEMORIAL EVENTS
To offer your sympathy during this difficult time, you can now have memorial trees planted in a National Forest in memory of your loved one.
MAKE A DONATION
MEMORIES & CONDOLENCES
29 Entries
From Camp counselor at Monadnock to teacher at Choate, Jere Packard was always an inspiration and driving force in my upbringing.
Dick Robinson
Student
December 21, 2019
As a former student at Wyoming Seminary, I was long gone when Jere Packard took over the reins of Sem. I have followed over the years the progress at Sem and was impressed with his commitment and the changes he instituted within the school's curriculum. My deepest condolences for your loss and realize what a deep loss it is also to the community. Jane Muncy Campbell 1957
January 26, 2017 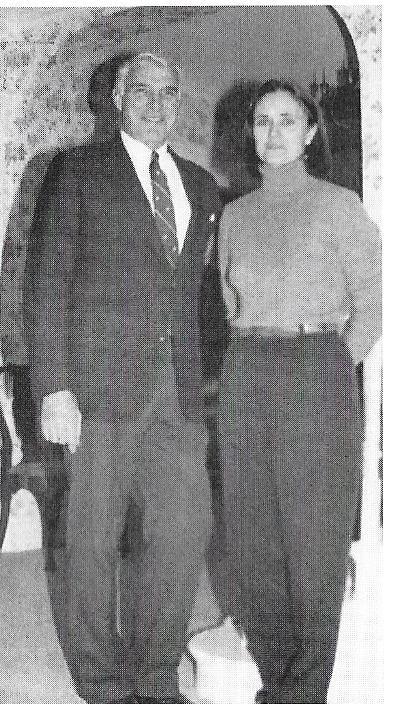 From first setting foot on both the ice and campus to being warmly received at the President's Open House; to my first game as a Blue Knight with his sons Michael & Dennis in 1998, Dr. Packard was omnipresent.

In times, such as these, wherein men akin to his pedigree rise and fall like the winter wheat, let it be known that I walked amidst his kind. Let it be known that I lived in the time of Dr. H. Jeremy Packard...gentleman, athlete, leader, and scholar. His greatest achievement(s) of course being Mrs.Packard, Michael, Dennis and Matthew. Heart & thoughts to you all.
Anthony A. Choman
January 16, 2017
H. Jeremy Packard changed my life. He gambled on an impoverished football player to come to Ridley and not just use his braun but his brains. Your gamble paid off Mr. Packard. Thank you for pushing me and believing in me.
Brian Hutchings
January 9, 2017
Jere was a very special person and he will always live in our hearts.
Robert Johnson
January 9, 2017
Jere was a very special person and will always live in our hearts.
Robert Johnson
January 9, 2017
My deepest sympathy and condolences to the entire Packard Family. Mr.Packard had a tremendous impact on myself and on Ridley College and for that I thank you.... You are in my thoughts and prayers. Terar Dum Prosim
Marko Bukovec
January 9, 2017
During my 3 years at Choate, in the mid 1970's, Jere was initially my form dean, then school dean then a hybrid for the class of 1977. I was initially in fear of diaspointing him. Most likely due to his imposing physique and residual Marine like manner. That feeling faded over the three years I was there as I grew to know him better. He was almost always fair, encouraging and truly wanted to help his students.
A few years ago, we had a good phone conversation and caught up. It was good to speak with hIm again.

Rob Ingall - Harpenden, UK
January 5, 2017
DR. PACKARD WAS A CREDIT TO WYO.SEM AS PRESIDENT AND A GREAT FRIEND TO ALL HIS STUDENTS. HIS MEMORY WILL LIVE ON. REST IN PEACE. J. THOMAS JACKSON HOLE, WYO
JOHN THOMAS
January 5, 2017
My sincere condolences to the Packard family. A wonderful educator and leader. May he rest in peace.
Mary Wood, OR '91
January 4, 2017
My deepest sympathies go out to the Packard family. As the youngest of three kids who attended Ridley College in the 1980s, Mr. Packard was a natural leader, someone who acknowledged students by looking them in the eye and never calling them by their first names - always a "Mr." or "Miss", followed by their last name. He was a terrific ambassador of the school, whether behind closed doors in Board meetings, on the field supporting his athletes, or overseas watching the kids' endeavours on the waters in Henley. He was a true gentlemen, and someone who embodied an era that is long gone but long missed.
Matt Picken
January 4, 2017
I was saddened to hear the news of Mr. Packard's passing. He was a lovely man and I will continue to remember him fondly. He had a wonderful presence distinguished, kind and welcoming. My utmost condolences to Mr. Packard's family.
Ciara Brady
January 4, 2017
Sorry to hear about Mr. Packard's passing. I remember him fondly during my days at Ridley College and teaching me American History. He was a great mentor and a fair individual. My condolences to his family and may he rest in peace.
Tracey Knowles
January 4, 2017
Such sad news. Jere was a commanding and creative presence at Ridley at a decisive time in the school's history, and during a formative period in my own life -- an incisive leader with plenty of time for students and young teachers alike. My deepest sympathies to Ingrid and the entire family.
Jim Kingstone
January 4, 2017
I remember him fondly from my days at Ridley. My sincere condolences to the Packard family.
Anthony Laquis
January 4, 2017
Am very sad to hear this. Jere Packard was a motivating teacher at Choate and an inspiring counselor at Camp Monadnock. I will always remember his kindness and leadership. My condolences to the Packard Family. Dick Robinson - San Francisco CA.
January 3, 2017
Rest in peace Dr.Packard. My deepest sympathy to your family.
History student
January 3, 2017
My deepest sympathy to the Packard family.
Chris Boyko
January 3, 2017 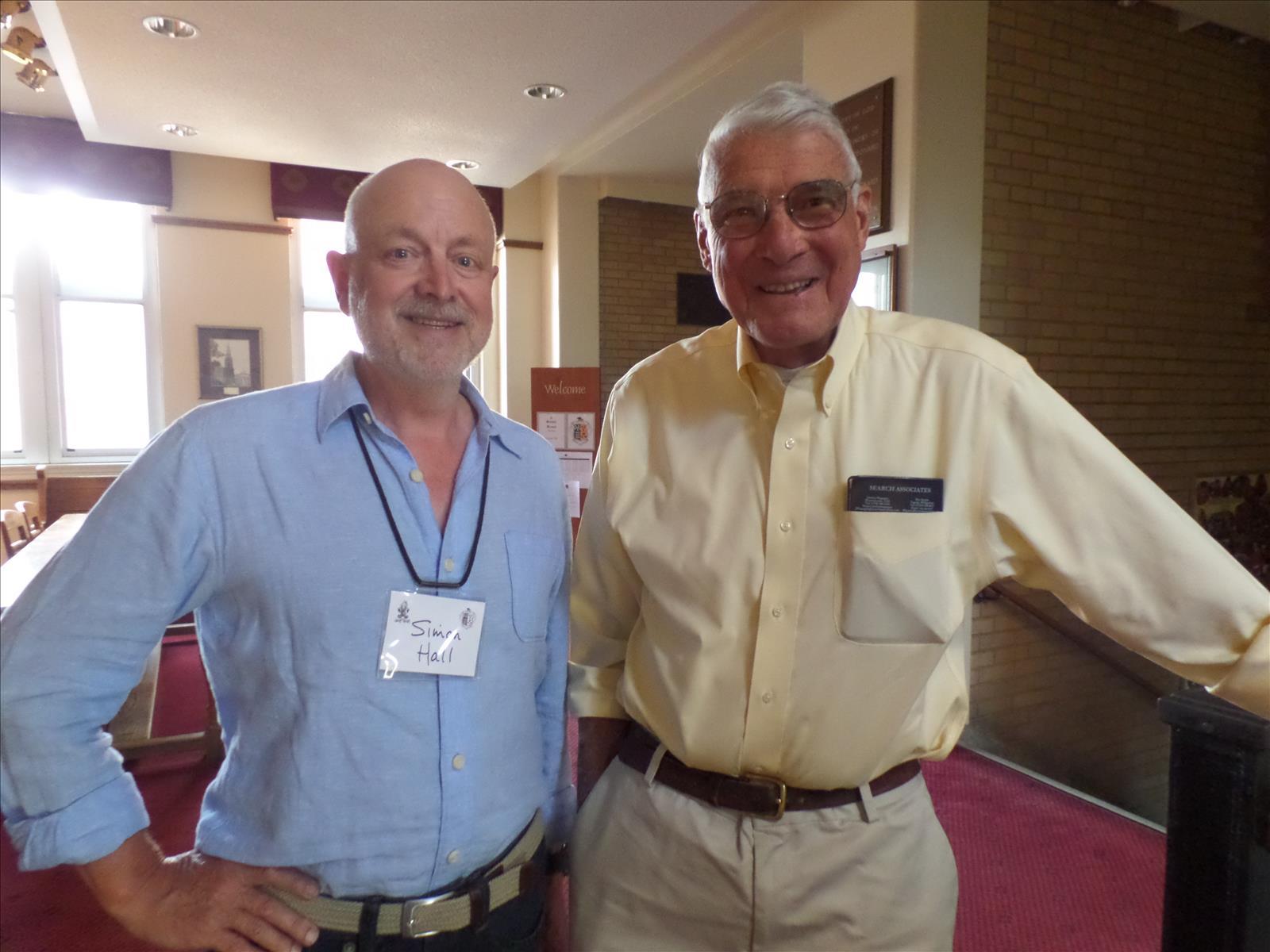 Jere was an exceptional example of dedication, as well as a mentor to me in learning the ins and outs of selective US college admissions in my early days. A great man who cared.
Simon Hall
December 30, 2016
Jere was amazing. I believe he put up with my antics because he respected me as a teacher.
He was extremely gracious and patient with my overly loud teaching across the hall from his American History class.
I never knew how good I had it.
Of all the principals/headmasters I worked under,Jere Packard towers above them all.
I will always treasure a discussion we had about the American Civil War and how graciously he brought to my attention, the giant gaps in my knowledge on the topic.
Truly a gentleman and a scholar.
My prayers go out to Ingrid and the entire family.
Emmett O'Neill
December 30, 2016
My sincere condolences to the Packard family.
Dean Karachi
December 29, 2016
Sincere condolences to Ingrid and the family. Jere was a great mentor and a good friend to me and to my family. As an administrator his heart remained in teaching, and so he was the best headmaster I ever worked for. He inspired us all. I'll always look up to him.
Colin Brzezicki
December 29, 2016
Lisa Cosgrove
December 29, 2016
Mr Packard was a favorite teacher during my one year at Ridley College. His passion for history inspired me to study history (and economics) at university...and later become a teacher. Thank you!
Sarah Storey (nee Hopkinss)
December 28, 2016
May God bless you and your family in this time of sorrow.
Bernadette Steele
December 28, 2016
What a terrific, fair, tolerant, humane, and humorous gentleman. My condolences to his family, colleagues, and former students. May he rest in peace.
Ahang Edalatpour
December 28, 2016
Packard Family,

It was with profound sadness that we heard of Jere's untimely passing. He was a man missing in today's society. One of accountability, old school manners,and fairness with the ability to make the best of any situation. His vast vocabulary didn't prevent him from speaking with and to all persons he came in touch with. Godspeed Jere. You have left a great void in the Wyoming Valley.
David and Laurie Morgan
December 28, 2016
Showing 1 - 29 of 29 results