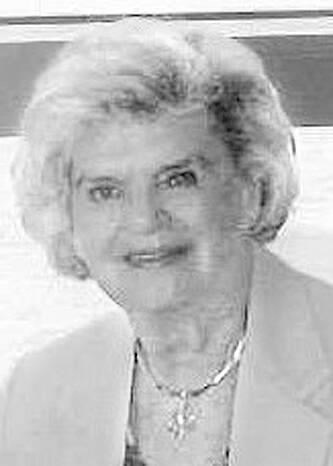 Jeanne was the daughter of the late Patrick and Helen Devers, of West Pittston. Born on Dec. 21, 1935, she resided in the family home in West Pittston where her early education took place at Immaculate Conception Elementary School, and Saint John the Evangelist High School.

She graduated with a Bachelor of Science degree in chemistry and nutrition from College Misericordia in Dallas. She also completed advanced Dietetics studies at several medical centers in New York City.

Jeanne was a dedicated civil servant, joining the U.S. Food and Drug Administration (FDA) in 1963. During her career at the FDA, Jeanne held many senior positions, including being named the first FDA White House Liaison and serving as the Assistant Director of Field Operations in the White House Office of Consumer Affairs.

She also served as the Regional Director, Director of Field Operations and National Director of Communications at the U.S. Consumer Product Safety Commission (CPSC). In 1999, Jeanne retired from the FDA Commissioner's Office of National Industry, Scientific, and Trade Affairs.

Among her numerous national and international awards, Jeanne is a seven time winner of the FDA Award of Merit, the FDA's highest award. She is also a recipient of the Presidential Award of Excellence and was named Regulatory Professional of the Year in 1992 by the Regulatory Affairs Professional Society. Jeanne most recently was the Director of Communications at Nocopi Technologies, being appointed to that position in December 2003.

Jeanne was an avid shopper and had a flair for bold colors. She enjoyed spending time with family and friends and staying active during her retirement years. She was a member of St. Luke Catholic Church in Ocean City, Md.

Jeanne was preceded in death recently by her sister, Anne Kovacs, of Selbyville, Del.

A viewing was held in Delaware.

In lieu of flowers, the family recommends doing something nice for someone else. Local arrangements are entrusted to Adonizio Funeral Home LLC, 251 William St., Pittston. To leave an online condolence, visit Jeanne's obituary at www.adoniziofuneralhome.com.

Published by Times Leader from Oct. 26 to Oct. 27, 2021.
To plant trees in memory, please visit the Sympathy Store.
MEMORIAL EVENTS
To offer your sympathy during this difficult time, you can now have memorial trees planted in a National Forest in memory of your loved one.
Funeral services provided by:
Adonizio Funeral Home
MAKE A DONATION
MEMORIES & CONDOLENCES
3 Entries
BYE Jean, we will miss you deeply. We always enjoyed spending time with her, even if it was only a phone call. She would always kid around and make you laugh. Jean was a wonderful, loving, humorous, caring, smart (very accomplished) woman. Phil was a Lucky guy to be married to her. Love to the entire family Bobby & Ann Marie
Bob and Ann Marie Farley
Family
October 28, 2021
She was my patient for many years. Always loved seeing her. We'd talk shopping, politics, everything before getting around to cardiology! Will miss her sweet smile.
Lucy Van Voorhees
Friend
October 27, 2021