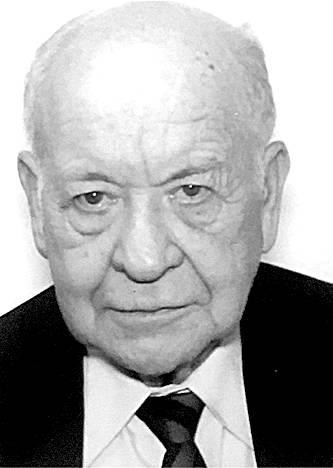 DALLAS — Dr. John Campbell Martin, lovingly called "Cam" by many, 92, of Dallas, died at the General Hospital, Wilkes-Barre, on Monday, March 22, 2021, with family by his side.

Born in Toronto, Canada, he was the son of the late Allan and Lucy McKay Martin. He attended public elementary and high school in Brighton, Ontario, graduating in 1948, (where his father worked as the Northumberland County Public School Inspector). He received his Medical Degree from Toronto University Medical School in 1954, and began his internship at Toronto Western Hospital and later at Shaughnessy Military Hospital in Vancouver, British Columbia.

He entered his pathology residency at Peter Bent Brigham Hospital in Boston, Mass., followed by Washington University Medical School in St. Louis, Mo., and at Dartmouth Medical School in Hanover, N.H. After passing the medical boards, Dr. Martin returned to Canada to practice as an assistant pathologist at the Oshawa General Hospital, passing his boards in pathology in 1964.

Returning to the United States as a permanent immigrant, Cam became a citizen of the United States in 1972, then went on to practice at the Episcopal Hospital in Philadelphia. He met the love of his life, Mary Ann Stankoski, from Swoyersville, marrying in 1976, and had a very loving, happy marriage, spending very little time apart. He later took a position at Bloomsburg Hospital, where he retired in 1998. Coming out of retirement, Dr. Martin practiced until 2005, at Shamokin Area Community Hospital, when he and his beloved wife moved to Newberry Estates in Dallas.

Dr. Martin belonged to the American College of Pathology, American Medical Association, Pennsylvania Medical Association, Frosty Valley Country Club, where in May of 1993, he had his one and only hole-in-one. He was also a member of Newberry Estates Mixed Golf League and spent his spare time traveling, golfing and coin collecting. Dr. Martin donated blood for over 40 years, until he was unable to.

In addition to his parents, Dr. Martin was preceded in death by his siblings, Arthur Martin and Alice Sheffield.

Funeral service will be held on Thursday, March 25, 2021, at 10:30 a.m. from the Andrew Strish Funeral Home, 11 Wilson St., Larksville, with a Mass of Christian Burial at 11 a.m. in St. Therese's Church, S. Pioneer Ave., Shavertown, with the Rev. James Paisley officiating. Entombment will follow in Mount Olivet Cemetery, Carverton.

Friends are invited to join the family for a visitation Thursday morning from 9:30 a.m. until time of service.

In lieu of flowers, memorial donations, if desired, may be made to St. Therese's Church, Shavertown, The Salvation Army or charity of donors choice.

For additional information, to leave the family an online condolence or to view a video tribute, visit www.StrishFuneralHome.com.