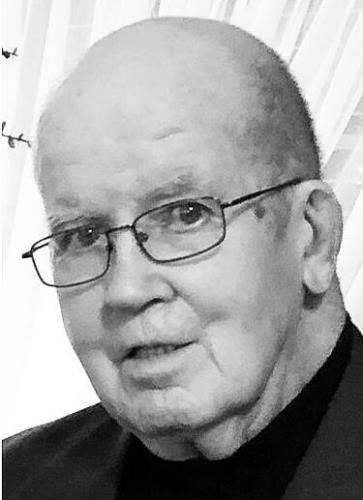 He was born Oct. 22, 1936 in Wilkes-Barre, the son of the late Joseph M. and Rose G (Burke). He was the middle of three children. He is predeceased by a sister Anna (Nancy) Behr and survived by a brother Patrick.

He is survived by his wife, Mae (Hughes) whom he married on Sept. 7, 1963. They shared 58 years of marriage together.

For a short while he served in the U.S. Navy. After marrying Mae, they moved to New Jersey, where he worked at Elastimold as a machinist before retiring. He enjoyed boating, waterskiing, snowmobiling, and spending time with his family.

Per his request Joe has been cremated. His ashes will be scattered upon the death of his wife.

Memorial donations can be made to the Shriners Hospital for Children, 950 W. Faris Road, Greenville, South Carolina 29605.

Published by Times Leader from Sep. 25 to Sep. 26, 2021.
To plant trees in memory, please visit the Sympathy Store.
MEMORIAL EVENTS
To offer your sympathy during this difficult time, you can now have memorial trees planted in a National Forest in memory of your loved one.
MAKE A DONATION
Please consider a donation as requested by the family.
MEMORIES & CONDOLENCES
2 Entries
Jerry, Thank You very much. It was very nice of you to respond.
Patrick McHugh
September 27, 2021
Dear pat and McHugh family iam so sorry to hear about joe we Grew up together Joe was a great guy and so were all the McHugh family ur sister nancy and ur mom and Dad please accept our condolences may joe rest in peace sincerely jerry bonner family daytona beach Florida
Jerry bonner
Friend
September 26, 2021
Showing 1 - 2 of 2 results