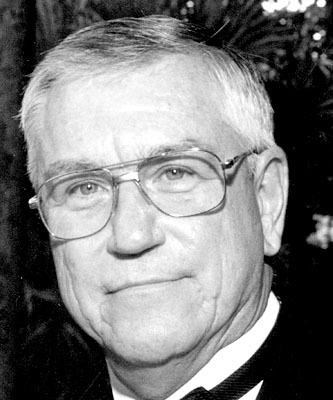 For the past three years, Matt has been enjoying his retirement with his loving wife and his beloved children and grandchildren.

He is survived by his wife of 43 years, Karen R. Krugel Nat; and by his sons, Michael Nat and his wife, Kimberly, Inman, South Carolina, Mark Nat and his wife, Ashley, Pocono Summit; grandchildren: Michael John, Katelynn Rose, Addison Jada and Mason John Nat; nieces and nephews; and his beloved dog, Buddy.

Funeral services will be held 9 a.m. Tuesday from the Nat & Gawlas Funeral Home, 89 Park Ave., with a Mass of Christian Burial to follow at 9:30 a.m. in Our Lady of Fatima Parish at St. Mary's Church of the Immaculate Conception, 134 S. Washington St., Wilkes-Barre. Interment will be in St. Mary's Cemetery, Hanover Township. Friends may call from 8 to 9 a.m. on Tuesday at the funeral home.

In lieu of flowers, donations may be made in to Dessin Animal Shelter, 138 Miller Drive, Honesdale, PA 18431.

Online condolences may be sent by visiting Matthew's obituary at www.natandgawlasfuneralhome.com.

Published by Times Leader from May 17 to May 18, 2014.
To plant trees in memory, please visit the Sympathy Store.
MEMORIAL EVENTS
To offer your sympathy during this difficult time, you can now have memorial trees planted in a National Forest in memory of your loved one.
Funeral services provided by:
Nat & Gawlas Funeral Home
MAKE A DONATION
MEMORIES & CONDOLENCES
6 Entries
Karen, I am so sorry for your loss. My heart is heavy.. you are in my thoughts and prayers.
Ann Marei Jennings
May 20, 2014
Mike,

So sorry to hear about the loss of your father. It was a shock to hear of his sudden passing. I know he will be terribly missed by you and your family. With deepest sympathy.
Barb Newberry
May 19, 2014
Karen and Family,
Our thoughts and prayers are with you during this difficult time.
Love,
The DeMattia Family
May 19, 2014
Dear Mark and family,
I am so very sorry to hear about your Dad. Please know that I am thinking about you. Debbie Shane
Debbie Shane
May 19, 2014
Dear Karen and Family
Diane and I are so sorry to hear about the passing of Mr Nat
You are in out thoughts and prayers
Sheila Ford and Diane Grodack
May 19, 2014
Matt. You were like another dad to me. It's hard to grasp you're no longer here, but I know you're in a place we all strive to get to
Bob Barna
May 18, 2014
Showing 1 - 6 of 6 results